It may not be the ultimate expression of misanthropic despair, the competition is very tough, but the phrase ‘And so it goes’ that 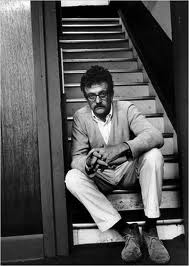 was coined by Kurt Vonnegut in his novel, ‘Cat’s Cradle’ has enough acid to challenge the rivals.  Nothing sums up better the contempt for the human race that Vonnegut felt and never overcame.   The conviction within the phrase and the short but diamond clear novel is obvious.  Humans have an unmatched ability to persist infinitely with self-serving and self-deceiving absurdity.

Oddly, this ability exists alongside a reverence for the last word and for those who utter it.   Sometimes, our admiration is inspired merely by an individual sounding as if he has concluded an argument.   Stalin was blessed with this gift.   Cynics assume he was simply a dictator who ruthlessly used power but he was more than that.  After his death, his bureaucrats expressed bewilderment at how they found it impossible to claim the moral high ground against a man who both accidentally and deliberately caused the deaths of millions.    We value the last word and those who have the gift of expressing it.   Too often we assume it contains a truth when usually it is no more than a consequence of an emotional force or will.

Famous Flames Records have released a compilation of 3 CDs called ‘The First Rock And Roll Record’ which is intended to be definitive.   This debate has existed for some time and is likely to

remain in the future.   The chosen name Famous Flames fits well the giants of the past.   But I would rather argue with Joseph Stalin than have to persuade James Brown that the title of his backing group always had retrospective overtones.  Maybe a James Brown record will eventually appear on the label.  Perhaps he will have the last word and why not?   His emotional force and willpower bested many.

‘The First Rock And Roll Record’, though, is where the Famous Flames label begins.  And, as Elvis once famously said to a fourteen year old girl who he kissed as she stood by the stage, ‘Well, you gotta start somewhere.’   The concept behind the CD is taken from the book, ‘What Was The First Rock And Roll Record?’ written by authors Jim Dawson and Steve Propes.   The lists of songs on the CD collection and within the book are different but not by much.  The same areas of music are mined.   As the headline quote on the CD booklet and the introduction to the book make clear, the title is disingenous.

‘Rock and roll was an evolutionary process – we just looked around and it was here ….   To name any record as the first would make any of us look a fool.’

This was said by songwriter, Billy Vera.   Now, there is a man who is comfortable with independent thought.  He may have even stood a chance with Uncle Jo, on second thoughts, possibly not.  Billy Vera understands that rock and roll had too many strands to 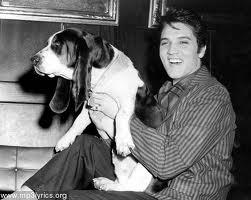 be invented by one man.   The notion that Elvis or anyone else invented rock and roll emerged well after the time it enjoyed its peak in popularity.  The idea of a first rock and roll record exists as an abbreviated explanation of what happened.   Elvis was important for various reasons but not because he invented rock and roll.  He did, though, make records that distinguished him from others and he did make the leap from roots music to something modern. This was greedily grabbed by a new generation needing an alternative aesthetic.  This is why his double A sided single ‘Hound Dog’/ ‘Don’t Be Cruel’ was so important.

Time plays havoc with original judgements and the danger is that our revised opinions and impressions are no more reliable than what we originally thought.   Listen to ‘That’s All Right’ by Arthur Crudup in the context of this collection.  Fifty years later it no longer feels like a simple gut bucket blues that Elvis transformed into something revolutionary.   Charlie Patton may be the exceptional talent and master but Crudup sounds more modern.   The Elvis record is powerful and breathtaking but was he actually doing anything that original?   Well, he did something because it created imitators.   So many years after the event, we not only expect innovations and transformations to be significant for the people who were there at the time, we need it to sound radical for those who have been programmed with subsequent innovations.

Ultimately, the collection is obliged to mislead.  Historical accuracy is desirable but the past can never be understood by those tainted by what was once the future.  Of course, the more successful last worders often exploit viciously the elusiveness of history.   The headstrong listener, though, will acknowledge both the vital and thrilling roots of rock and roll and the seminal contributions of the exceptional.   Elvis, Fats Domino, Little Richard, Ike Turner, Bo Diddley or Ray Charles may not have invented anything but their classic contributions stand out from the rest.   They pierced the airwaves or they did for those who were listening back then.

The compliation although impressive and essential is not perfect.  Too often records are included because they merely include the words rock and roll.   The first track ‘The Camp Meeting Jubilee’ which was recorded in 1916 mentions rock and roll but is a conventional example of the gospel music of that period.   The record will be treasured by music fans but its inclusion ignores how gospel music and rock and roll not only followed separate paths but also existed in opposition to each other.   This opposition was not resolved (or blurred) until the arrival of Ray Charles.   And, if the mere mention of rock and roll makes a record eligible, consideration should have been given to ‘Now You Has Jazz’ by Bing Crosby and Louis Armstrong.   This record swings far more than the Judy Garland offering ‘The Joint Is Really Jumpin’ Down At Carnegie Hall’.   Crosby and Armstrong delivered a great example of how even the distinction between rock and roll jazz is confused when the latter is danceable.  Neither is the chronology 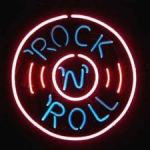 exact and Elvis has been deferred so he occurs behind Carl Perkins.   This is a deceit that offends this particular fan but the weirdest chronological judgement is the Hank Williams 1947 recording ‘Move It On Over’ which finds itself inexplicably sandwiched between two 1929 recordings.   It is also surprising that Jerry Lee Lewis is not included although ‘Hot Rod Race’ by Arthur Shibley and his Mountain Dew Boys anticipates The Killer brilliantly.   The carps are more than compensated by the glories.  This is a stunning collection that mixes R&B, country, hardcore blues, gospel and Benny Goodman.   It also includes the truly exquisite ‘How High The Moon’ by Les Paul and Mary Ford.   So I forgive its ideological sleight of hand.   Uncle Joe, though, would have expected untampered dates.   He would have not been quite so forgiving.

To read more about Elvis, the creation of rock and roll, American music and much more, click here