The Dardenne Brothers make films that are famous for their social realism.  Their English equivalents are Ken Loach and Mike Leigh.   Critics have welcomed ‘The Kid With The Bike’ as a humanist triumph.   Working class people have feelings, 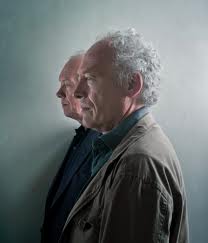 too, that kind of thing.    The trailers and DVD promise heartfelt lyricism.  No doubt there will be people who watch this film with an ever so sympathetic and indulgent smile.   But there is nothing in ‘The Kid With The Bike’ (‘Le Gamin Au Velo’) to comfort anyone.  The ending is certainly ambiguous and while it offers hope it also suggests struggle, a kid on a bike fighting his way up a hill with a bag of charcoal.   Neither should the film be accepted as uncomplicated heart wrenching realism.   The films of the Dardenne Brothers always show great respect for the working class lives that they accurately describe.  The brothers, though, are intellectual and conceptual.  Those same deprived existences have been adapted to illustrate spiritual themes like forgiveness and redemption, ‘Le Fils’, the importance of faith, ‘Le Silence de Lorna’ and guilt and valediction, ‘L’Enfant’.

Neo-realist films that require a philosophical structure require roots more complicated than mere politics and class identity.    ‘Le Gamin Au Velo’ is no exception.  In this instance, the sources are literary and, fortunately, obvious.  The plot is a clever reworking of ‘Oliver Twist’ and the child at the heart of the film reminds us yet again of our old friend, the Creature from ‘Frankenstein’.   This may appear a strange combination but both novels, of course, are about inadequate nurture and its tragic consequences. Like the Dickens novel, the film warns against the terrors of capricious fate.  The child resembles the Creature because he has exceptional will power and physical prowess. They do not offer salvation but merely attract criminals all too capable of wrecking his life.  ‘Oliver Twist’ has a happy and wildly improbable ending.  The child finds a supportive family.  In ‘Frankenstein’, the Creature is obliged to be autonomous and his decisions lead to the death of his creator and others.  Finally, the Creature commits suicide.   The Dardenne brothers avoid such melodrama but the film has a drug dealer, Fagin, a female hairdresser, who is a combination of Nancy and the middle class benefactor, and Bill Sykes, although this time the young man is merely vindictively violent.   The weakest moment in the film is the recreation of the scene where Fagin teaches Oliver to pick pockets.  In ‘Le Gamin’ the young boy is taught to attack and rob the shopkeeper.   And if the film relied on Dickens alone for significance it would be a disappointment.

But the memory of the Creature was always meant to prevail, if only because we ourselves are obliged to continually repeat the tragedy of the immature Frankenstein.  This time, the movie begins with the monster biting the arms of his social worker.  He screams and rages against kind and reasonable people.  Like the Creature, though, the destructive child yearns for the missing father.

The child, Cyril, collides with a hairdresser, Samantha, who is visiting a health centre that the child has invaded and half wrecked.  The sudden intimacy persuades the woman to accept care of Cyril at weekends.   The relationship between Cyril and Samantha is defined throughout by isolated moments of physical intimacy.  Cyril finds the warm breath of Samantha comforting.   Later, they reunite after Cyril has committed the crime organized by the drug dealer.  ‘Give me a kiss,’ says Samantha.  It is all we are told about her feelings for the child.  The boyfriend of Samantha, like the son of the blind man in the Mary Shelley novel, rejects the child.  Prior to this the child has refused to share a fairground ride with the boyfriend, the inadequate

The Kid with a Bike

substitute for the real father.  Samantha, though, accepts the departure of the boyfriend as a necessary price for having Cyril in her care. This is never explained but it is possible that the relationship between Samantha and her boyfriend was not satisfying.  They do not live together and when we see them in bed there is a physical distance between the couple.

The relationship between Samantha and Cyril is established after Samantha helps Cyril to trace his father.   In private, the father tells Samantha what we suspect, that he does not want to see the child again.  Samantha insists that he tells Cyril.  In the car afterwards, Cyril attacks himself in rage but after he has calmed he accepts Samantha as his domestic destiny.   The father is interesting because although he rejects Cyril we see evidence of a moral man.  He refuses the money that Cyril has stolen and he is trying to earn a living as a chef.   Like Frankenstein, in the original novel, he cannot accept his offspring.  We have a man who is more interested in the science of nurture than the actual responsibility.   The relationships that Cyril has between women and men are very different.  The women provide love, Samantha, and affection, the friendly woman in the cake shop.  Their expectations consist of intimacy and commitment.  Samantha enjoys the warmth of a hug and the woman in the cake shop likes a child that smiles.  The men withhold affection but offer gifts – drinks, cigarettes and money.  They also show Cyril how to do things, his father lets him stir the sauces in the kitchen at the restaurant and the dealer teaches him to rob and play a computer game.  The men do not expect intimacy but achievement from their prodigies.  The father tells his son to be self-sufficient and the dealer wants Cyril to become an accomplished thief.   The dealer lives with an infirm grandmother and her existence provokes some affection in him. After the grandmother of Cyril dies, he is abandoned by his father.  Again, the film echoes the novel by Shelley.   Men without women are incapable of inadequate nurture. 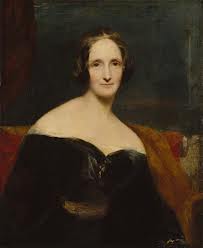 Like the Creature, Cyril is capable of violence.  He attacks the shopkeeper and his son with a baseball bat.   He also stabs Samantha in the arm with a knife.  Both the shopkeeper and Samantha forgive Cyril and this helps him to trust Samantha and relinquish violence.   Towards the end of the film we see a lyrically filmed bike ride.   During the ride they swop bikes.  Many will assume that Cyril and Samantha have established a nurturing relationship between equals that will benefit both.  They do, though, lose speed after the exchange of cycles so it could be that the film insists that the distinct roles within the family are important.   Shelley would prefer the latter interpretation.  She would also approve of Samantha.  The heroine of ‘Le Gamin Au Velo’ is independent and committed to nurture which is what Shelley envisaged for herself, if not the heroines in her novel.   The desire of the Creature for domesticity was demonstrated by his willingness to anonymously gather firewood for them to burn.  After he is attacked near the end of the film, we wonder if Cyril will respond by seeking the dealer and organizing revenge.  We watch him climb on his bike again.  He does not forget the bag of charcoal that is needed for the barbecue.  We hope that he will take the bag back to Samantha, carry the fuel to his family in the forest and claim the support and nurture that we all need to survive.

If you want to read Frankenstein after watching the film click here.

If you want to read about the Frankenstein Creature and Elvis click here.

If you want to read about what happened to the author in Brazil click here.