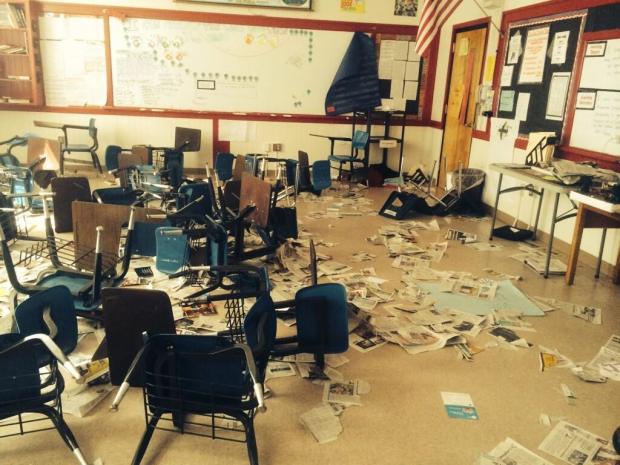 They have had practice but it is admirable how human beings manage inevitable death.  True, it makes us anxious.  But we handle well routine death that does not involve prolonged suffering or premature disease and affliction.  All those billions on the planet have to die.  God insists and, if you have faith, you believe it is part of his extremely complicated plan.  Some protest and drink themselves to death but the majority depart quietly.  After the property has been distributed, life continues as normal.

Widespread disease kills less than routine death.  So far the malevolent viruses or germs have always been defeated.  But life is not normal afterwards.  Africa will not be the same after Ebola, and Europe was changed by the Black Death.   London was rebuilt after the Great Fire but nobody thought it a good idea to have another one. Hollywood needed CGI to create the zombie apocalypse in World War Z.  Routine death is low budget domestic drama.   Plagues and wars produce panic, and crowds flee.  But faced with routine death, the same people are stoic.  The flu epidemic of 1918 killed over 50 million people but nobody remembers epic horror.  Those quiet deaths were absorbed by well-managed routines.

Ebola produces decay and metamorphosis capable of World War Z horror.  We want Africans to stop dying but we know that if the disease Ebola had a purpose it would want to do more than kill innocent Africans.  It would transform our decaying way of life that awaits metamorphosis.

Heroes of vampire and zombie movies stand and fight but they are careful to secure immunity.  They rely on garlic or machine guns, warrior camps on remote hills or sealed Victorian mansions.  The desire to escape is rarely pleasant.  Tourists, addicted to periodic vaccinations, rarely look as if they are having fun.  Nigel Farage wants to build barriers around Britain so we can escape a world where billions live on less than $2 a day.  He is popular because he insists immunity from the desperate poor is an entitlement.  Like vampires and zombies, the poor breed faster than the rest.  ‘We will be swamped,’ says a Tory.  The British Government has refused to support international rescue operations to save drowning Africans in the Mediterranean. ‘Saving their lives will only encourage them,’ said a Cameron lackey.  150,000 starving people were rescued last year. Next year, they will drown. White folks abandoned not only New Orleans to Hurricane Katrina but also the poor.  Europeans read about Ebola and know that people are dying prematurely in huge numbers.  Europeans are Ebola free but only because they were born on a different continent.  Half the world lives on less than $2 a day, 2.8 billion people.  Lucy Westenra had three wealthy suitors and imagined a future full of Victorian immunity. Nobody told her that Dracula could slide under the windows of undeserved Victorian mansions.  The best zombie and vampire films do more than relish carnage.  They offer a solution, something to help everyone.  If only.

Howard Jackson has written 3 books that have been published by Red Rattle Books.  His next book, Nightmares Ahead, will be published in spring 2015.

He has written 3 stories for Zombie Bites, which is launched this week in London.  If you want to read more about zombies and vampires click here.