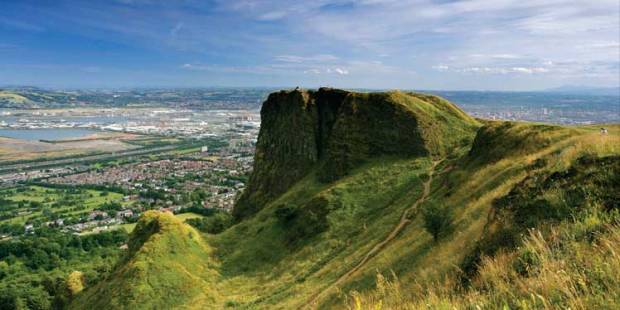 The Troubles will be left for a pub argument. There are plenty of pubs in Belfast, and some are crackers. Although cask ales can be found, Belfast ale is dominated by the overrated and oxymoronic keg beer, Draught Guinness. Boisterous club life exists but also bars that provide Jacobean style coffee house environments where patrons can drink and discuss serious issues like football and the inevitable politics. Belfast folk welcome visitors, even the English. Many years ago I was taken by a Belfast mate to the Shamrock Club in the Ardoyne. I am English and someone who thinks the narrative of conversation requires argument. I expected trouble but survived with fine memories intact.

Belfast has a gay quarter. It is ‘struggling to prosper’. William of Orange has been described as the most famous gay person to visit Belfast. The ‘struggle to prosper’ of gays has not been brief. William of Orange fought the Battle of Boyne in 1690. The battle is celebrated by the Orange Order. Some claim that the Orange Parade has influenced the New Orleans Mardi Gras. Fats Domino, the birth of rock and roll and the Orange Lodge, now, there is a thought.

Close to the gay quarter the Sunflower pub has the banner, ‘No topless bathing. Ulster has suffered enough.’ This joke was not cracked by anyone sober. But only 8% of the population of Northern Ireland admits to ‘drinking most days’. This is similar to the rest of the UK. Of course, in Britain we all lie about our drinking.

Edward Bruce invaded Ireland in 1315. In 1612, Elizabeth the First gave Belfast as a present to English noble and pirate, Lord Deputy Chichester, thinking of presents was difficult even then. Scottish settlers arrived in 1642.

On the City Sight Seeing Bus Tour, intelligence centres and observation posts are revealed. Like Elvis fans outside Graceland, tourists scrawl messages of loyalty on the Peace Walls that divide the segregated city. Sightseers visit Falls Road and Shankhill Road and from the bus look down on flags and banners. Residents wave friendly but defiant fists. Nobody should underestimate the scale of the conflict. But on those streets it feels like out of control football type rivalry.

Heritage investment dominates the city. £15.50 to attend the Titanic Visitor Attraction evokes a Hollywood budget. City Hall in stylish Donegall Square, though, is free and packed with history.

The Belfast Hills are extensive. After saying goodbye to the 1200 animals, Cave Hill can be climbed easily from the charming Belfast Zoo. Helen’s Bay is only eleven miles away. It captures British coastal chill in subtle sunlight. Nothing equals the Giants Causeway; weird precise geological symmetry produces thousands of identical rock sculptures all patiently resisting the sea waves.  If God exists, he is a mathematician.

Because of the sights, visitors can overlook the economic hardship. 25% of Belfast children live in poverty. The unemployment rate of 8.5% compares badly with the 6% average across the UK. Welcome to Britain and the sixth largest economy in the world.

Howard Jackson has had three books published by Red Rattle Books. His 11,000 mile journey around Brazil is described in Innocent Mosquitoes. His next book is a compilation of horror stories and is called Nightmares Ahead. It will be available in Spring 2015