Many years ago when I was a young man I was obliged to return to England after Hogmanay in Scotland. The trains from Glasgow were delayed and packed. I shared an old-fashioned carriage with seven other people. The man opposite me was a Canadian who had settled in England. He was articulate, educated, intelligent and opinionated. His conversation kept the other passengers and me occupied for the journey. The Canadian worked as a signalman on the London Underground. I expected him to resent having to work at something for which he was overqualified, a consequence of him leaving his own country and sacrificing opportunities available to the natives that remained. The Canadian admitted that his work did not require skills but he did stress his responsibilities to the rail system and the safety of the thousands of passengers that passed through the station where he worked. These responsibilities were important to him, and he worried about the train being too delayed for him to make his shift.   People depended on him, and he was preoccupied by what might happen when he reached London.

The Signalman BBC TV film is a flawless adaptation of a short story by Charles Dickens. In the story the signalman also has intellectual history. The signalman, like the Canadian I met on the train from Glasgow, fails to utilise his education. In the Dickens story the signalman drifted and lacked focus as a young man. For the film the scriptwriter Andrew Davies makes his only change to the story by Dickens.   Davies has the signalman reject what he was taught in natural history because he became bored by unconvincing explanations of the physical world. The signalman remains intellectually curious. In quiet moments he studies mathematics, ‘figures’. He asserts that the pastime will give him additional knowledge, not understanding. This strengthens a theme within the story, that open-minded superstition can be an alternative to the certainties of rationalism.

Dickens had an extravagant talent. He delivered complex plots and an endless supply of unforgettable characters. Such a talent could only be satisfied with the ensemble of the metropolis. His big baggy books brought him fame and money. When Dickens decided to do more than engage and dazzle his audience and pitch for poetry, he remembered that simplicity was important. The Signalman is sustained through just two characters, the traveller and the signalman. The traveller, who is boarding at the nearby inn, is rational and welcomes the future. He tells the signalman that he has known the confined life and routine but he is now free. Like many, he has been brought affluence and independence by the technology of the modern world. The signalman is different. He is trapped in repetitive work. ‘My face would be in the sun but my mind here in the dark.’ The ‘here’ he means is inside the signal box. The Canadian on the train worried about missing his shift and could describe in detail the consequences if he failed in his responsibility. Dickens signalman is the same. ‘It’s not the work, sir. It’s the responsibility.’ He mentions work more than once. ‘Always there to be done, never finished.’ For the peasant the land is not as relentless as the machine. There is the reward of harvest and less to be done in the winter. 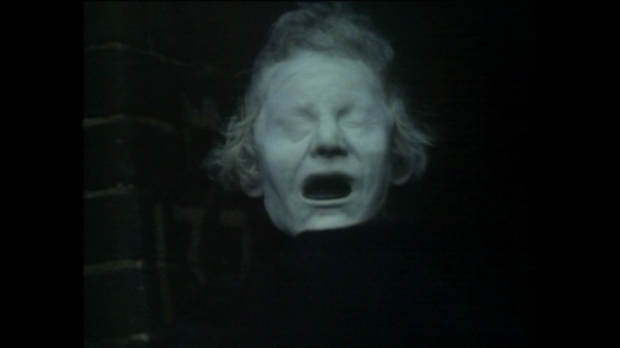 Most ghost stories have characters haunted by the past but in The Signalman the warnings from the ghost are about the future. The signalman is not afraid of the spectre that has cried out to him, ‘Hello, below there.’ He does not need this spectre to disappear, the usual aim in a ghost story. The signalman is frustrated when the spectre disappears. He has demands for the spectre. The signalman wants more from him, an explanation of his warnings. The curse of the future is not just the individual tragedy of the signalman, a calamity caused by loyalty to industrial discipline and responsibility. Dickens understands that work is being redefined by industrial capitalism. Not all are as lucky as the educated traveller who enjoys strolling through the peaceful manicured countryside to visit his friend in the signal box and share thoughts in front of the fire. The peasant suffered endless toil and hardship. The industrial worker has mundane tasks and the increased responsibility that is facilitated by machines. This is the modern phenomenon and it creates the new alienation that alarms Dickens.   The signalman understands his position and he realises it even prejudices his relationship with the spectre. ‘Why can’t it go to someone who has the power to act?’ He means someone whose existence is not determined and controlled by machines.

Like all great writers, Dickens wrote about what was ahead. He does more than describe the changes in his society that he has observed. In The Signalman Dickens anticipates what will happen next, a mechanised world insisted upon by unseen entrepreneurs, all justified by a narrow utilitarianism that thinks growth in GDP is an adequate substitute for human progress. The signalman begins his shift at ten in the evening and finishes at dawn.   His working life is prescribed but he also has time between trains to study ‘figures’ and he is not as tied to his tasks as a modern worker committed to overtime. Dickens was not able to anticipate all that followed but his suspicions were alerted and they combine in a complex tale of fear, haunting and industrial tragedy.

The blue filter, when the traveller returns to his inn, is probably used to disguise the morning mist and to create a night scene at reduced cost. The total budget for the film was £35,000 and well below what Davies charges for a script today. The blue mist does more than save money. It emphasises mystery and tells us that we are watching a man who has witnessed what he does not understand. We see him read a book before he goes to bed and are aware of the limitations of his rationalism.

The traveller is shocked by the outcome. He expected diligence to mean results and progress. His shock is captured in the film by the briefest and most subtle freeze frame in cinema. The traveller loses a friend and also his own certainty in empirical evidence and logical explanation. This man arrives at the beginning of the film looking for the path between the hillside and the modern railway line in the valley, as if he is someone who has the power to alternate between tradition and modernity.   At the end of the film the traveller leaves the tragedy and walks into more hillside mist and fog. He arrived thinking he was free, finished with a ‘life that was confined to narrow limits’ but leaves unable to understand what he will see tomorrow. Earlier he had insisted to the signalman that ‘any man who discharges his duty will do well.’ This obsession belongs to the rational and those who have faith in the future and progress, not men, like the signalman, that are curious about warnings and the potential for disaster.

Because he is without power, the signalman performs his duty, accepts the little that he has to do and acquits his responsibility as the traveller encourages. The result is tragedy for the signalman and the rest of us that will follow him, and disillusionment for the rational and trusting traveller.

Both the actors in The Signalman are exceptional. The actors were attracted to a story they understood had exceptional merit and accepted modest fees so that the BBC could meet its parsimonious budget. Most of the dialogue is taken directly from Dickens and both actors catch the pitch. Dickens can overdo verbosity, especially when he is being comic. Here, though, the dialogue is formal and compressed. The actors add the pauses and heighten the poetry. ‘I was doubtful whether I’d seen you before’ is not grammatical but it reveals the awkward and wary signalman. Denholm Elliott is a walking mystery. He suggests more than is said and he lets the burr of a West Country accent intrude into his speech, no more than that. The accent makes us aware that the signalman has a complex identity. As the traveller, Bernard Lloyd is both harsh and sympathetic. There are two action scenes in the film. Simple filters are used to splendid effect. When required, the editing is sharp and fast. How the film was made for a mere £35,000 is as much of a mystery as the future that the spectre warns us against and it is a credit to the unpretentious application that existed in the BBC before it was ‘reformed’ by careerists. This is the final mystery. How an inadequate and often appalling past can tempt us with the virtues of what went before.

If you want to read about his travels click here.