‘Strange how much iniquity the Lord has invested in the female.’

The witch hunter Matthew Hopkins says this as he stares at a comfortable empty bed. He imagines how he will use his authority and power to satisfy his sexual appetites.

Playwright Arthur Miller made famous the witch trials of Salem, Massachusetts. His play recalled how teenage hysterical girls inspired the slaughter and persecution of innocent villagers. But the phenomenon of witch hunting was the responsibility of powerful men and not teenagers. Advantaged because of their positions in the church, the law and commerce these men destroyed old women who had become unseemly and a nuisance in their villages. In harsh times ugly nonconformists made suitable scapegoats.

Director Michael Reeves made Witchfinder General in 1968. Britain had full employment and increased affluence. The times were not harsh. In his film Michael Reeves is not interested in female hysteria. His attitude is clear. The absurd persecution of women that occurred in rural England and elsewhere, witch hunting, was caused by the appetites of men and their misogyny. And, because religion was important to medieval society, it was marinated in self-righteous judgement. The hero of Witchfinder General, Richard Marshall, is transformed by the villains in his society and his own impulses. He abandons innocence for piety and hysteria. Inevitably this leads to conflict and savage violence. 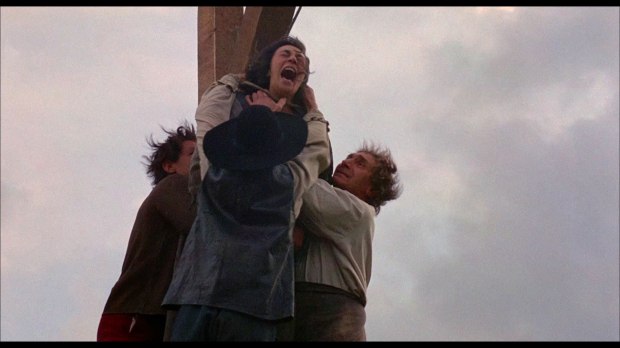 The events of the film take place in 1645. Cromwell is seen preparing for the Battle of Naseby. The country is split between two Armies that both claim divine approval. Cromwell talks about the work he does in the service of God while he fills his stomach with a good lunch. Piety and the gratification of appetites obsess the Puritans in Witchfinder General. The first conversation in the film is about whether sex can be Godly.  Everybody has God on his or her side but base instincts remain.

Witchfinder General has a modern sensibility. The film resists any comparisons between the Devil and God. Instead it demonstrates what happens to piety in the wrong hands. No simple contrast between virtue and evil exists in Witchfinder General. Everybody has ambitions, and virtue appears to be a consequence of luck or fortune. The virtuous are blessed with harmless ambitions and circumstances that do not tempt them towards villainy. Any fight against evil will be misplaced because human beings cannot be trusted to be warriors. Virtue is essential for restraint and modesty but should not be used to inspire action. Self-righteous piety is different from virtue. It obliterates compassion and exaggerates the sense of personal entitlement.

Matthews Hopkins is a self-appointed Witchfinder General. He has access to comely females, and his fees for destroying witches afford him a good and comfortable living. But Hopkins is not evil. He is an ambitious opportunist, has glutinous appetites and is callous about others. Hopkins is a not very likeable but recognisable human being and, like most of the rest, capable of much harm. His industry ensures that he adds to the cruelty in the world. Opportunists can be tolerated but giving them opportunity is a mistake.

At the beginning of the film the sun is seen hidden above trees. The image is repeated in the delayed title sequence and again halfway through the film. The sunshine and optimism promised by the distant sun eludes the characters of Witchfinder General. The other images in the titles, which consist of faces distorted by hardship, make this obvious. The landscape and existence are bleak and inexplicable. The use of dark photography by Michael Reeves is bold. In some scenes the characters are almost invisible, and we rely on the voices to make sense of what is happening.   John Coquillon was the cameraman. Later he made four films for Sam Peckinpah including Straw Dogs. Peckinpah must have approved of his unsentimental attitude towards the pastoral. In Witchfinder General the landscape consists of dull meadows, flat Suffolk fields, untidy ferns, overbearing trees, scruffy heathland and scabby chalk slopes. The white cliffs of Dover are visited but the pictorial is avoided. Despite the authenticity the film has some style. The scene at Dover ends with a cut from noisy waves to the flames of a pyre. This is impressive and memorable.

The latest DVD contains the uncensored version that was released outside of Britain. In 1969 John Trevelyan was in charge of film censorship in Britain. The cuts he insisted upon are obvious in the DVD version of Witchfinder General. They are brief and, when they appear on the DVD, the film becomes grainy. Trevelyan was not an idiot and, apart from the final scene, his cuts make sense. The additional scenes, some of which were added not by the director but by the producer, make the film feel less radical and more exploitation horror. The censorship by Trevelyan of the last scene, though, is a mistake. His added cuts reduce the power of the final confrontation and weaken the film. Without the extra blows from the axe the protagonist looks like a man who has lost his temper and who happens to have the weapon in his hand. The full scene confirms the descent of a decent man into self-righteous entitlement and sadism. Violent vengeance is the dark side of piety and was always present in witch hunting. In Witchfinder General it infects everyone, even the handsome hero who is pledged to resist the excesses of Hopkins. 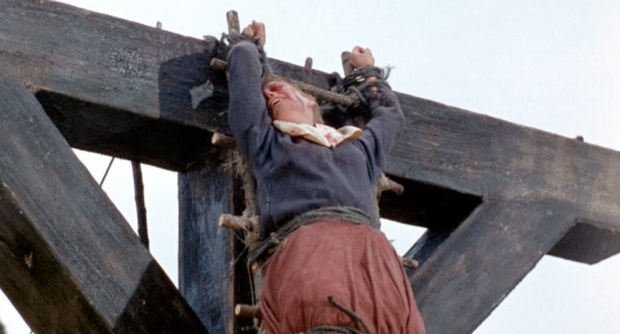 Critics have compared Witchfinder General to the westerns of Anthony Mann and Budd Boetticher. There are a lot of horses in Witchfinder General. Hopkins has a white horse. This not only helps in the underexposed night scenes it suggests that the self-serving piety of Hopkins enables him to regard himself as a hero. Ian Ogilvy lacks a white horse but plays the hero Richard Marshall. The surname feels like a nod to Hollywood westerns. Ogilvy either has an identical twin or he is an accomplished horseman. He rides a lot and at speed. The horse riding is not romanticised. Often the sound of the hooves is obscured by the music on the soundtrack. Landscape and distance are not a lyrical retreat but a barrier that has to be overcome by the desperate and urgent, first to rescue and then to avenge.

The heroes of Mann and Boetticher may be lost to society or civilisation and have a brutal code but they are aware of the difference between right and wrong. Randolph Scott had no illusions about nobility but he did resist the villains. The vengeance of Richard Marshall ensures he is lost not just to society but the love of his life and himself. His betrothed has sex with Hopkins to save the life of the village priest. The wedding ceremony between Marshall and Sarah occurs after Hopkins leaves the village. The ceremony ends in a pledge of violence by Marshall. The couple have sex in two scenes in the film. The first occurs before they are married. Sarah notices that the Army has taught Marshall ‘rough ways’ but his new ways soon disappear as he remembers his tenderness towards Sarah. In this scene Marshall and Sarah are undressed, affectionate and united. In the second consummation, which occurs after the pledge of violence and a brief separation, the viewer is restricted to witnessing an embrace between two people who are dressed and clumsy. Marshall wears his long pistol, and it lies between the couple. The two people will have sex but they are now united by violence and not love.

Opinion is divided about the performance of Vincent Price. He makes no attempt to disguise his educated American accent. Price has been accused of being hammy. His performance is limited rather than excessive.  Audiences, though, have memories, and his voice and face do evoke memories of ham. Despite that Price is not a distraction and he wears his costumes well. None of the actors aspire to mediaeval sensibility. All are recognisable as equivalents of modern day people. The performance of Rupert Davies as the village priest echoes his TV presence as Maigret.  That role ensured Davies was as well known as Price. Robert Russell plays John Stearne, the thuggish assistant of Hopkins. He was dubbed because his voice was too high pitched for brutality.   The broad shoulders of Russell add a convincing visual presence but he is a modern man. John Stearne lookalikes can be seen in any modern pub. At the beginning of the film Richard Marshall is the opposite of Stearne.  Ogilvy is pretty rather than handsome and he lacks the masculine physicality of Russell. He is not a brute.   In a confrontation in the Army, Marshall displays anxiety. He is a man more comfortable with Sarah, a woman he loves, than soldiers. Despite what Sarah thinks the ways of Marshall are not so rough. By the end of the film, though, he is very rough. He is a man happy to gouge out an eye with the spur on the heel of his boot. The transformation of the pretty and sensitive Ogilvy emphasises the dangerous power of violence. His face and smooth features disturb because we do not expect sadistic violence in the sensitive. But, because of pious warriors and the temptations of revenge, monsters can flourish anywhere and in anyone. 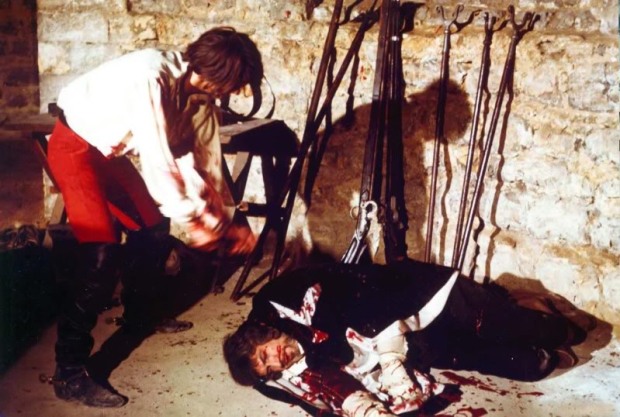 Howard Jackson has had four books published by Red Rattle Books. If you are interested in original horror and crime fiction and want information about the books of Howard Jackson and other great titles, click here.