Of all the close ups in the cinema none rival the zoom into the mouth of the beautiful sales girl who is one of the victims of the serial killer in L’ucello Dalle Plume Di Cristallo. The most famous instance of magnified lips is Orson Welles saying ‘Rosebud’ in Citizen Kane. The trick by Welles was repeated many times. Only Italian director Dario Argento had the ambition to travel past dentures. In L’ucello Dalle Plume Di Cristallo, the tongue trembles, the scream is harsh and the image and moment are memorable and disturbing.

L’ucello Dalle Plume Di Cristallo was the first film to be directed by Dario Argento. Prior to that he had been a journalist and screenwriter. Argento and Bernardo Bertolucci wrote the screenplay for Once Upon A Time In The West.   Dario Argento has been described as the Italian Alfred Hitchcock. There are references to Hitchcock in the films of Argento. In L’ucello Dalle Plume Di Cristallo Argento employs the strange looking actor who played an assassin in the Hitchcock remake of The Man Who Knows Too Much. But the excess and desire to shock, Argento learned from spaghetti western master Sergio Leone. L’ucello Dalle Plume Di Cristallo is credited as being the first example of the genre called Italian giallo. Others have called the films spaghetti thrillers. The term giallo was first used by Italians to describe all thrillers. Giallo is the Italian word for yellow. Italians used the term for thrillers because their pulp paperbacks had yellow covers. Film critics outside Italy borrowed the term for the Italian horror movies that appeared after 1970. Italian horror cinema was distinguished by extravagant style, dangerous sex, disturbing rather than explicit violence and, for the attentive, Catholic guilt. 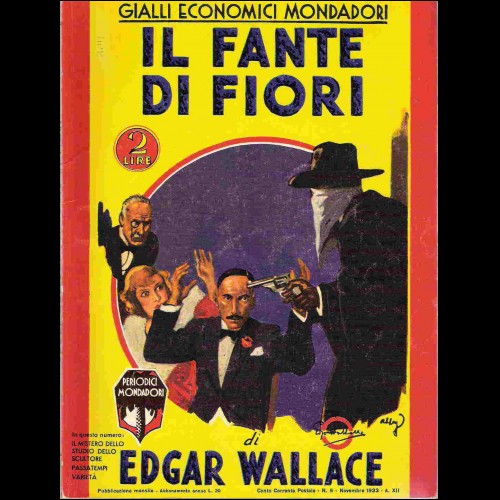 The recent BBC Storyville documentary Between The Land And The Sea traces through old newsreel Britons at work and play on their coastline. The film is chronological and has interesting moments and history. But nothing in the film has the impact of the arrival of the colour reels from the sixties. Every generation has to endure change but if modernity can claim a separate aesthetic it began in the 60s decade. Outside surrendered to grey concrete, and inside became bright colour. Living rooms were defined by technology and factory furniture. Humans bought clothes to match the new bright colours inside their homes. Men wore pink shirts, and women dyed their hair. People had money in their pockets and pretended to be bright creatures. 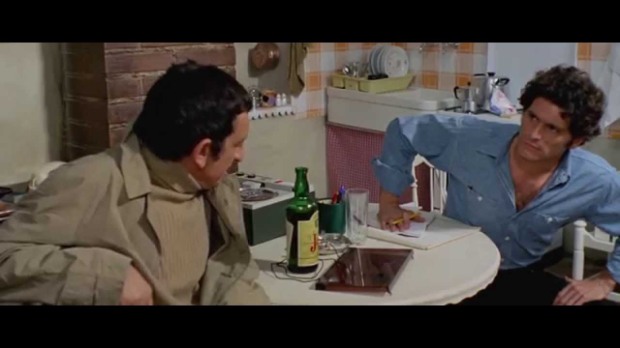 Not everybody thought the changes represented the arrival of freedom. In the 60s Antonioni and Fellini had warned cinema audiences about the dangers of modernity and shallow style and ambition. Unimpressed by mini-skirts and G-plan furniture Italian directors saw colour without brightness and humans hiding their new and impoverished lives. Argento became famous for his technical virtuosity and visual style but his films are not just haunted by ghosts, psychopaths and spirits. Argento has the same fears as Antonioni and Fellini. 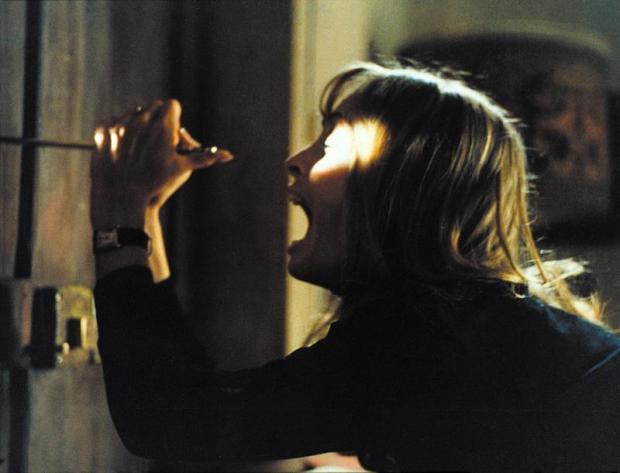 L’ucello Dalle Plume Di Cristallo begins with a murder victim being stalked by an assassin. She walks through a modern suburb and catches a bus. Even in this simple understated scene we sense a world that has been designed by remote and powerful people. Later we meet Sam who is a writer and Julia who is a model. They are attractive, and their flat has the confident and trendy furnishings of the young who expect success. A photograph of Einstein overlooks the bed where they sleep and have sex. The flat they use is leased and in a post-war concrete block that is already being pulled down. All the neighbours have left but Sam is staying until the lease on the flat expires. Sam and Julia live in a cage designed for ordinary people, even those with exceptional ambition. This is the modern world.   Sam is American. He assumed that Italy would be a quiet alternative to his homeland. He becomes involved in a murder investigation, and Italy is exposed as more of the same dysfunctional modernity. At the end of the film, when he leaves for America, we have doubts about his future. He has solved the mystery of the murders but not how to live in the modern world.

The plot of L’ucello Dalle Plume Di Cristallo is hokum and not credible but it is imaginative hokum.  There are a couple of decent twists. Sam discovers that the first victim sold a painting. He pins a reproduction of the painting on his wall. The painting depicts a murder in the snow. The snow and the two rounded figures evoke The Hunter In The Snow by Pieter Bruegel The Elder, the Netherlands Renaissance painter. Bruegel filled his paintings with people and recorded community life. In the painting that obsesses Sam there are just two people, and one of those is a murder victim. The rest of the paint is vacant snow and land and is not part of the life of ordinary human beings.

Sam becomes obsessed with the painting and the murders after seeing a man and woman struggle inside an art gallery. The art gallery is closed, and Sam watches from outside the window. He is unable to help. Neither can he hear the screams, and what happens inside the gallery is confusing. The scene emphasises the theme of the film. The man is impotent outside the cage, and a couple are locked in a struggle inside. This is how we live in the world that has been created by the remote and the powerful.   No longer able to communicate we substitute glimpses of others for communication and relationships. No wonder we value appearance and beauty so much. The glimpse and the gaze are all we have in the modern world.

Argento utilises beauty in his movies. His actors are handsome and pretty. This may have been to help sell his horror films but afterwards he insisted it was an aesthetic choice. He wanted horror and beauty combined. The beautiful actors please audiences but they also suggest empty narcissism. Argento is not deceived by the improved glamour offered to people in the modern world. Beauty and trendy sophistication may offer consolation but horror and savagery still exist. The beautiful are both victims and assassins. Sam witnesses a murder that takes place in an art gallery. Julia is a beautiful model and has handsome Sam for a lover but neither appears happy nor settled. They begin love making when a friend of Sam is in the flat and sitting a few yards from the bed. The friend leaves but the inference is that they would have continued without any concern if he had stayed.   They are remote from him but also each other.

Argento is honoured for his style rather than his message. The critical argue that even his predecessors Antonioni and Fellini were more important as stylists than thinkers. Italian cinema has art house movies but it tends to rely on familiar philosophy rather than new ideas. The neo-realists preached Marxist compassion, and Antonioni and Fellini borrowed from the classical pessimists. All, though, existed as auteurs because each had a cinematic vision. Fellini may be gloomy but he is playful and inventive. Antonioni photographs a world that is both intriguing and empty. Fellini identifies the ignorance of the smart, those who think gratification equates to progress.  Antonioni despises patient human beings that are happy to contemplate a vacuum.

Argento has the same preoccupations but he is different. He has an alternative to the empty vistas of Antonioni. The world of Argento is ruined not by emptiness or trivia but by modern chaos. Horror is the result. The chaos is exemplified in the fast cutting and bewildering montages that are always a couple of frames away from a surprise. Long shots are succeeded by extreme close ups. One corner of a room will be seen in dark shadow, and the other in bright light. A trembling tongue appears in the middle of a murder scene. If the montage lacks a comforting rhythm, the camera is also restless.   Tracking shots begin on the pavement and travel across the roofs of unrecognised apartment blocks.   We watch the camera pan from a crowd watching televisions in a store to the inside of a telephone booth where a finger dials a number. This alienates because we neither see the telephone booth nor anything of the person making the call other than a single finger. Dario Argento operates a camera in the same way as an abstract artist operates a paintbrush. The film has a plot and narrative and that is explained by the dialogue. The world around us, what we see, is inexplicable. In the past we had space and landscape to fill the distance. In the modern world there are only endless disconnected images, and they all intrude on each other and the viewer. Argento appears to have no pity for the viewer but perhaps he merely wants to share what assaults his eyes. The chaos is his and our burden.

Howard Jackson has had four books published by Red Rattle Books. His next book Choke Bay will be available soon this summer. If you are interested in original horror and crime fiction and want information about the books of Howard Jackson and other great titles, click here.