The clue is in the pigeon except that the pigeon is not a clue. Michael Haneke, the writer and director of the film Amour refuses to explain what the double appearance of the pigeon means.

‘If when I’m asked how the pigeon ended up in my film, I say that it flew in through the window and it flew out through the window.’   He likes his films to be ambiguous. ‘Everybody is right.’ he claims. ‘It’s their own interpretation. I try to construct all my films in such a way that each viewer constructs his or her own film.’ 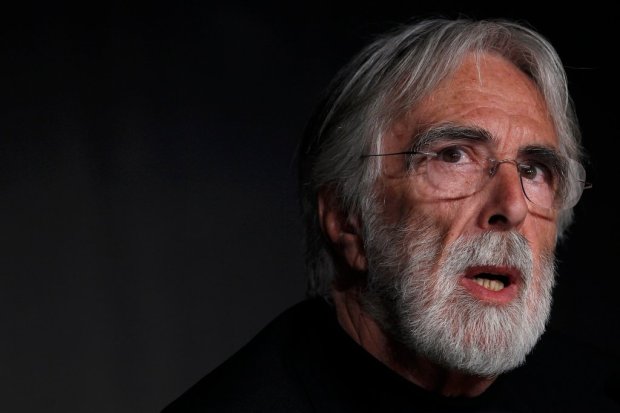 All human beings feel obliged to respond to mysteries with solutions. Death ranks with the best of the mysteries. The carnage that God or nature inflicts on the human race ensures that none of us, to paraphrase Orson Welles, will have happy endings. Haneke describes the ideal death as the example experienced by the grandmother of his wife. ‘She was 95. She was sitting at a table, surrounded by twenty friends. At one point she said, ‘I feel tired,’ laid her head on the table and died.’ We understand what he means.   Death is easier in company, when it is not too early or too late and when there is no time for pain and fear. Never modest about finding solutions to mysteries, the human race has provided two for death. These are glorious battle and love. Glorious battle offers sacrifice and consequence. Love persuades us that our lives may continue in others and that they, on our behalf, will defy the destruction inflicted by time and death. In the Sam Peckinpah Western masterpiece The Wild Bunch glorious death in battle is the response to existential despair. Love stories are older than Westerns. Sometimes they have offered consolation against thoughts of death and sometimes not.

Amour is not a Western and neither should we conclude that it is the love story that critics in the UK were determined to welcome. British critics assumed that Haneke used his film to remind us about the horrors of death and ageing but also to inspire his audience with the uplifting message that love is ultimately transcendent.   The film critic of Time Out magazine stated that the film is about loyalty.   Phillip French in The Observer was less inhibited than others and actually reiterated the view that all we have to help us endure beyond our death is the love of others.   The film has been described as heartfelt and humane. If they observe horror in the film, it is reduced to commenting on the affects of ageing, how it reduces comfort and significance or consequence.

Nobody can deny those interpretations. Many will find the film difficult to experience but inspiring. Viewers will respond to how a charming and successful couple with refined tastes and manners has been reduced by age and circumstance.   They will think of the title and believe it reaffirms the redemptive powers of love. Haneke is right about ambiguity. If that is their interpretation then fine.   Despite the fine thoughts of some, love may be no more than a crutch for the dying, something to lean on after defeat. Nevertheless the notion that only love can transcend death is assumed to be an eternal truth.

Haneke is an original. He enjoys being different, and it appears strange that he would settle for repeating a theme that others believe profound and essential but that may be misguided.   We know that Haneke has an opinion of bourgeois self-delusion and hypocrisy that is scathing.   He will also tease the audience by having glamorous actors play people who are stylish and clever but self-serving and flawed. This was achieved in his thriller Hidden. It takes a while for the audience to realise that the charming man and wife in the film are actually the villains. There is, though, no reason why a talented filmmaker cannot change his sensibilities and produce a movie that is sympathetic to a refined middle class couple. But Amour has too many inconsistencies if it is merely understood as the final exchanges in a love story between two endearingly worthwhile people. In the film, love does not conquer decline and death.   The intervention by Trintignant the husband is a desperate act. When Terence Davies re-made the Terence Rattigan play The Deep Blue Sea he added an anachronistic line about love being a willingness to clean the backside of a debilitated spouse.  This is not true. Some people can handle that level of intimacy and some cannot but to assume that the difference between these people is the existence of love in a relationship is an error. A person may be passionate about their spouse but still lack compassion or the necessary sensibility. Some people are able to become intimate with strangers; either as prostitutes or in care homes working with the elderly. Many of us are horrified by both professions, neither of which offers career prospects. Davies is a filmmaker who is driven by his emotions. Haneke is much more intellectual. 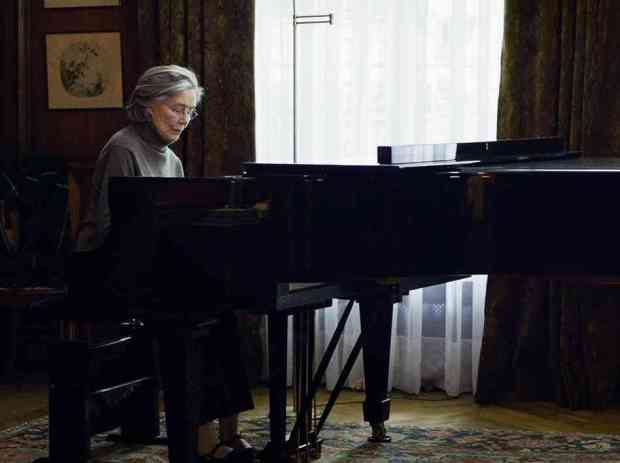 Love is not inevitably redemptive or virtuous.   Norman Bates in Psycho loved his mother, and anybody who can carry a skeleton down to the cellar every time the doorbell rings would have been more than capable of attending to the ablutions the rest of us would rather avoid. Norman intrudes here because Amour resembles the great Hitchcock classic Psycho. It may even be a remake, and the pigeon included as homage to the master of suspense. Amour has all the ingredients. Bates this time is played by Jean-Louis Trintignant.   Presumably because he has bunions he wears trainers instead of slippers as he shuffles awkwardly around the flat. This makes him sinister rather than endearing.   The Janet Leigh character reappears as the cleaner that Trintignant dismisses abruptly in a scene that is much more ambiguous and sinister than the critics have acknowledged. And the detective becomes the daughter who is prevented from seeing her mother by the father.   As in Psycho the intruders believe that they will only know the truth when they see the mother.   Most important of all we have the elegant Parisian flat, where rooms lead into one another, posing as the old house. In the film, shots of the flat are extended and, as in Psycho, the home exists as a character. The final image in the film is the daughter, Isabelle Huppert, alone in the empty flat. She is looking for memories and she may even be pondering what death means for the lives lived and why we leave as pre-prepared corpses. The daughter may, though, simply be wondering about why the behaviour of her father became strange and why he did what he did. The critics may have missed it but horror occurred in the elegant Parisian flat. The man and woman may have been cultured but they were also strange. 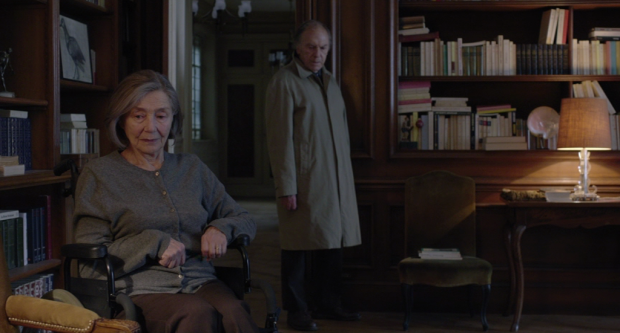 Those who see the couple as ideal should remember the opening scene and the two old people on the bus who do not speak to each other.   Because of time and familiarity, words like their love have expired. The tragedy for the hero in the film is that the wife, who is shrunken by her two strokes, impedes on the memories that fulfilled his love. He has a solution but it is unpredictable and dramatic.   He only discovers it when the pigeon arrives. Not the first time but the second when he catches the pigeon by smothering it in a blanket. We also have the small matter of the brown tape that is used to seal the doors. Like Norman Bates, the hero in Amour does everything that he can to keep his woman in her place so his own love, which is no more than a memory, can prevail.

Haneke is not the first director to be unconcerned about an audience misunderstanding his film. Amour lets an audience mislead itself. It is more than ambiguous.   It is two films in one, and either can be enjoyed. Alfred Hitchcock had the same ambition with Psycho. Nothing appealed to him more than terrifying an audience with a film that he found amusing. The two elderly people in Amour are far more sophisticated than Norman Bates, and some find the impact of death more upsetting when it applies to the gifted and blessed. Haneke understands middle class tragedy as well as anyone. He has not shown much sympathy before and he is nothing if not consistent. Romance and self-pity are not in his nature. Amour and Haneke is too sly and dark for that.

Note – this is an edited version of the review that appeared when Amour was released in the UK. It is included here because it fits the Fearflix collection.