Seventeen years later the story is now being continued in British cinemas. Blair Witch is not the sequel to the original film but it is the first to return to the original plot of The Blair Witch Project. The first film was made in 1999 for little money and it earned a lot. Advertising and hype played a big part.   The filmmakers created a website that pretended that the Blair Witch really did exist. A financial phenomenon was created, and in that sense the movie resembles the literary blockbuster Fifty Shades Of Grey, a book that suggests sex is much more about what our heads want rather than our bodies.

The film was conceived by Eduardo Sanchez and Daniel Myrick. Since The Blair Witch Project neither man has achieved cinematic success. The Blair Witch Project was their one big and original idea. Sanchez and Myrick are not the first to use tight budgetary restrictions to create something different. The idea of using supposedly rough film taken by amateurs during an investigation has now been adopted in other movies. The rough technique has been smoothed and improved and it works well in films like REC and The Troll Hunter. Arbitrary restrictions on approach and content can benefit creation, force creators to invent something fresh. Lars Von Trier may have his psychological problems but he understood. The rules he created for his Dogma movie factory were like the Ten Commandments, mainly a list of things not to do. 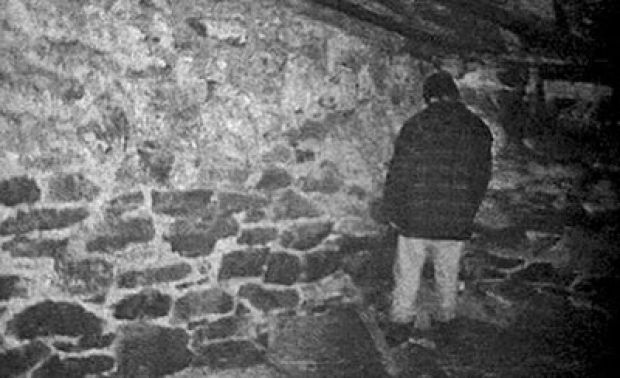 Sanchez and Myrick made the film in an unusual way. The three actors, whose real names are used as characters in the cast credits, not only had scope to improvise but were also obliged to respond without warning to events and situations created by the filmmakers. This approach can only go so far but there was enough improvisation and genuine surprise in the process for the actors to be uncertain about what they were doing and the audience to be confused by what they were watching. Modern technology pretends that what we see is authentic. The better we pretend, the more real it might be.

The absence of sophisticated technology in The Blair Witch Project is consistent with the doubts about authenticity. The more real it looks, the more we worry about what is being pretended. The actors in The Blair Witch Project act but not everything we see in the film is cinematic acting. The notion of authenticity is even challenged in the film by the actors. Heather is accused of not understanding the difference between performance and honest reaction and expression.   The result is we may be watching acting intended for the film, performance designed to impress the other actors or whoever happens to be around or a genuine response to external suggestions and internal ideas.   The difference between performance and honesty, and reality and invention, is a dilemma for human beings, and the modern glut of movies, books and songs that fills our brains and coexists alongside reality amplifies the confusion. The same theme is explored by independent filmmaker Monte Hellman in his classic film noir Road To Nowhere. In that film Hellman makes a film about people who are unable to see the world as anything but action on a reel of film. The work of Hellman is inspired by existential theory. The Blair Witch Project puts the theory into practice.

Confusion reigns everywhere but what is left on film is preserved. Film has an editor, and decisions can be made about how supposed reality and performance are defined and remembered. Our lives are messier, and the actors who have conviction not only prevail but also deny us the authenticity some think is our entitlement. If many are not concerned about this aspect of our lives, it is because they have become lost in their own performances.  The actors in The Blair Witch Project walked away after the filmmaking was finished. The rest of us are not as fortunate. Our imaginations and those of others will surround us all our lives.

Reality for humans is filtered by illusion, invention and creation. Much of the illusion is soothing, especially when technology produces bright colours and dramatic sound effects. Sunshine does something similar in the daytime. Bright colours are avoided in The Blair Witch Project but, of course, this is a horror film. Horror, though, has the same problem with illusion and invention as everything else. From the darkness The Blair Witch Project poses a fundamental question and it is this, just what terrifies us?

At the beginning of the film the horror is created by oral tales. We see and hear local residents tell their version of the Blair Witch myth. Each individual adds a twist to the tale and proves that the more information they exchange the more reality is beyond the locals. Their imaginations have polluted the truth. The pollution can be as terrifying as what did happen but imagined horror also consoles. We are reassured by being here to talk about what may or may not have been invented.

But outside playful conversations horrible things do occur. If we are fortunate, we will miss the worst. These usually happen in remote conflict. Most of us do not experience the real horror that is out there. Our fears instead are rooted in inadequate interpretations of mundane mystery. Often this mystery is inconsequential to our existence, no more than an odd noise or a blurry momentary image. We have two responses to this terror that we create from inconsequential mystery. The first is chosen by the trio in The Blair Witch Project. They pursue a myth that will stimulate their imaginations. The second option is to avoid the myths, the locales or the horror movies that encourage dark fantasies. But this second option makes us doubt our worth and courage. A safe retreat is inadequate for the human imagination.   We avoid real horror but dilute our timidity with imagined threats and we pretend that the different and inexplicable are dangerous. The imagination is at its most potent in darkness and when we feel isolated. Odd noises and poorly defined images can be claimed as the noises and movement of monsters. This happens in The Blair Witch Project but the moments when the trio experience the greatest terror are when there is nothing, no noise and no light. When a dark blank screen appears in The Blair Witch Project, the trio become hysterical. Monsters have substance. Nothing is a terrifying vacuum in which all that is possible is the torture of our imagination and confusion. More worrying is that we do not know how long nothing can endure.

From the beginning of The Blair Witch Project the audience has a sense that the team is capable of engineering their destruction. There are no direct references to the Howard Hawks horror classic The Thing From Another World. In that film a small team accepts responsibility and the need to cooperate. Such behaviour redeems the human race. Compared to Hawksian heroes the three people in The Blair Witch Project are inadequate. In the Hawks movie the humans survive by trusting each other and acknowledging the skills and worth of other people.   Howard Hawks is proud of his American heroes. These men and woman have confidence and they are inspired by the achievements in American history. In The Blair Witch Project everyone in the team soon decides that the others are unqualified and useless. There are moments when they try to bond but these usually occur late at night or when they are tired and hungry. The tasks that they have to do to complete the project only create antagonisms within the group. The folk history of American pioneers does not give them confidence. At one point in the film the American anthem is sung but the rendition is tuneless and sarcastic.   Heather mentions America a couple of times but she describes a tamed plastic country in which adventure and risk is impossible. Heather, of course, is wrong. America may be in decline but her notion of her country is smug and biased towards contempt. The teams of Howard Hawks may have consisted of simple-minded patriots but the cynicism of Heather and her two friends is also a limit on understanding. Educated, but nowhere near as curious as they think, their imaginations are incapable of appreciating not only the American wilderness but also what is inside their heads. In most movies there would be a final revelation and important evidence but disclosure is only useful to those who know how to establish what constitutes the authentic. The camera encourages dependence from the curious, faith in an independent eye, but, like the people who carry cameras, it cannot be trusted. At the end of the film it reveals everything it can but it amounts to nothing, and that encounter is what really terrifies us. 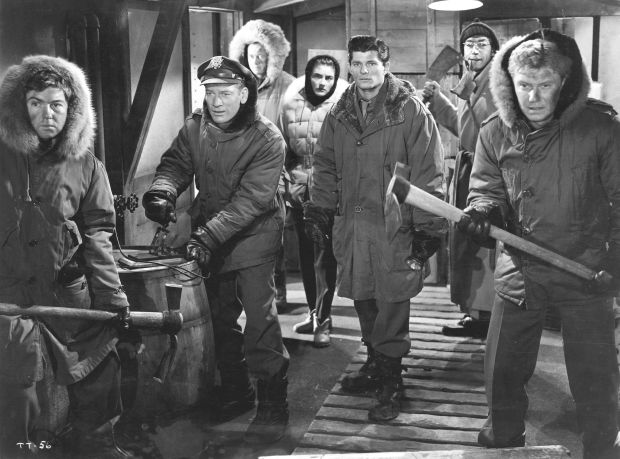