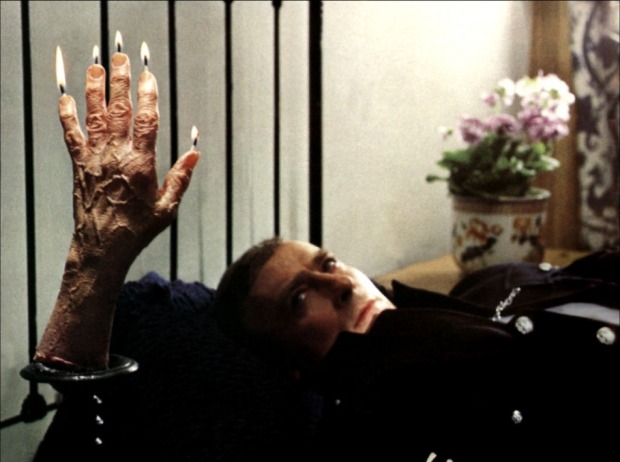 People rate The Wicker Man. Find a list of great horror movies, and The Wicker Man will feature.   It has been described as the best British horror film ever and the Citizen Kane of horror movies. This is nonsense, and the people who make these claims need to go out more or at least rent copies of The Innocents and Night Of The Demon.

The Wicker Man has a screenplay by Liverpool born playwright Anthony Schaffer. He wrote the stage play Sleuth. Before he decided to write scripts for movies based on Agatha Christie yarns Schaffer had serious ambition. Sleuth was a thriller but its main concerns were the class system and racism that he felt defined upper class Britain. The play was interesting and a great success but Schaffer has a heavy hand. Schaffer tells rather than suggests, and his characters are not shy about discussing the state of the world. 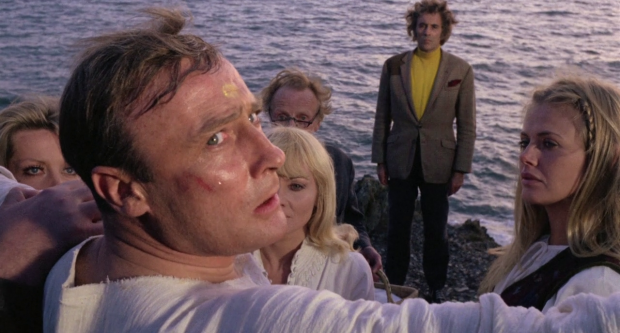 Although The Wicker Man suffers from that fault and others it deserves a place somewhere on the best of lists. When the film appeared in 1973, audiences saw something that was bold and different. The film had a fabulous and memorable ending that concluded sinister May Day celebrations. Before that ending, though, there is much in the film that is trite. The plot has not just holes and bold assumptions by the plotters within the film but it also suffers from wayward agricultural theory and manipulated history. The glory of the ending is that it renders inconsequential what happens before the May Day celebrations. The climax is what stays in the memory. 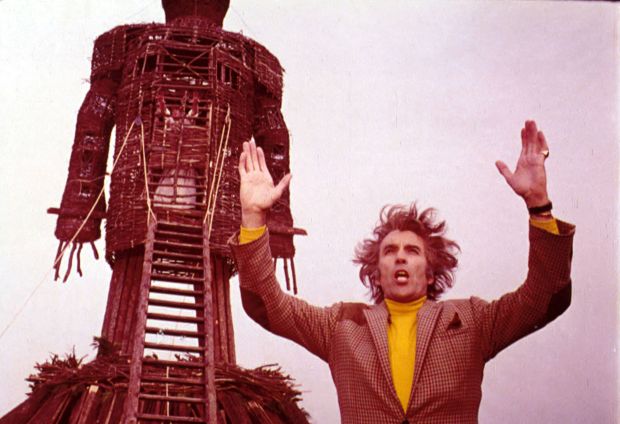 The Wicker Man is an 84 minute film and an overextended story. If Amercian censors had looked the other way, Rod Serling in The Twilight Zone could have transformed the plot into a great 30 minute episode. The extra padding in the movie makes it feel at times like a ponderous tour around the sights of the island. True, there is a lot to see and disturb Sergeant Howie, the visiting policeman from the Scottish mainland, but some of the tour and exposition would not be out of place in an episode of National Geographic. 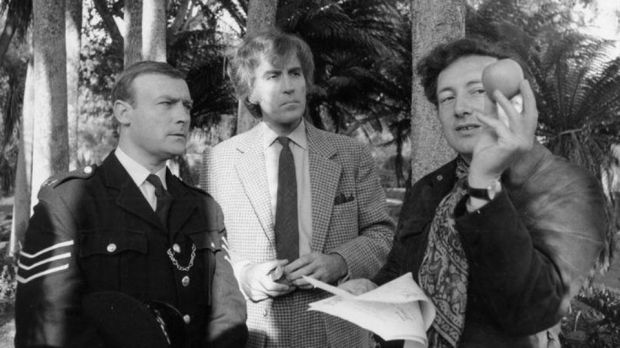 Music is important to The Wicker Man. A naked Britt Eckland dances around and hums a folk melody while she teases a frustrated Sergeant Howie next door. The tune is seductive and convincing, and so are Eckland and the stand-in who was employed because she had a bigger backside than Eckland. The rest of the music, though, brings back memories of wispy beards, polo neck sweaters and a bad night at the local folk club. Sergeant Howie witnesses the villagers sing a bawdy song in the local pub. The rendition is enhanced by physical gestures from the locals. This scene is embarrassing. When the adults are randy in The Wicker Man, it is like watching drunken schoolteachers, even the pupils feel superior. Apart from Eckland and her friend with the bigger bottom there is one other notable erotic scene. Sergeant Howie steps outside and sees the young village people coupling on the village green. This is shot in the dark, and we see vague shapes writhe, explore and groan. One girl is alone and naked and she is either crying or recovering from sexual ecstasy. In this scene alone the film offers a genuine glimpse into another world and at human beings different from what we have become. The scene also shocks. Even the ducks found on ponds in the middle of English village greens do not behave this way. 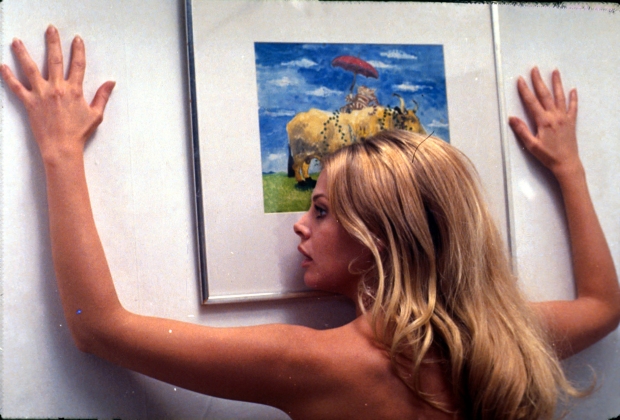 The Wicker Man is dominated by the performances of Edward Woodward and Christopher Lee. Woodward is perfect as Sergeant Howie the repressed Christian suppressing his sexual desires before he marries. At times he has to loosen the tight police uniform from his stocky figure so that he can breathe. The man carries the weight of conformity and obligation. When he is forced to wear the uniform of Punch in the May Day celebration, his movements are an awkward and hesitant imitation of fun. The anguish and bewilderment of Sergeant Howie is important to the success of the splendid final scene, and Woodward is excellent at communicating self-righteous protest and indignant anger.

Prior to the haunting climax and exceptional image that reveals the fate of Sergeant Howie, the policeman argues with Lord Summerisle. The aristocrat, played by Christopher Lee, is top man on the island and the person who organises everyone so that they can stay hot and fed. Woodward says and does just enough to suggest an ending within an ending. In that he is aided by a momentary look of doubt by Christopher Lee. Sergeant Howie claims that the way of life of the villagers will not be sustainable, and Lee without saying anything makes it clear that this is a possibility that the smug brain of Lord Summerisle has not considered. For all his limitations Sergeant Howie may be right. Christianity and all the other religions that require devotion and self-discipline prevail because they are superstitions that enable us to be productive and even think for ourselves. This is the paradox revealed within the ending of The Wicker Man. Religious ideas may not survive modern scientific scrutiny but they encourage us to talk and meet, and without oppression and inhibition what would we talk about? Lee is important in this encounter because he does not try to win the scene from Woodward. The modest look and frown of Lee enable us to think about the implications of the ending, not just for Sergeant Howie but the optimistic villagers whose way of life may or may not be ending. Christopher Lee is great in The Wicker Man. In an elaborate wig he is perfect as the smug and well-heeled hedonist, the drippy hippy liberal that will have fun whatever happens and whomever he meets. 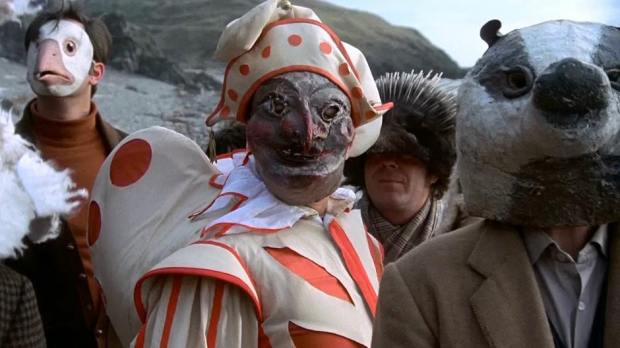 The film was released in 1973. Many think that this was when the sixties decade ended in Britain. The hippie dreams and delusions were over. Part of the appeal of The Wicker Man, when it was released, was that it provided confirmation that the 60s had indeed existed. The rebels and the young from the previous decade had been remembered. The film appears to be on the side of the hippies and it is sympathetic to innocence and freedom. But the final scene is enhanced because it reveals the dark side of innocence and because the previous conversation between Woodward and Lord Summerisle has raised doubts. Hippies did not survive because they were wrong. Their argument was logical but one note, and people are soon bored with repetitive riffs. This is why hunters and gatherers settled for working longer hours in the fields and having fewer orgasms.

Despite the success of Woodward and Lee the confrontation between Sergeant Howie and Lord Summerisle should not have driven the film. Diane Cilento plays the village schoolteacher. The actor was 40 years old in The Wicker Man and still sexual, attractive and a force of nature.   She should have been allowed to dominate the film and to be the main antagonist for Sergeant Howie. It would have given the film much needed erotic tension and allowed more space for the two most interesting characters in the film. The hippie comparisons could have still been retained. Sergeant Howie is a representative of authority in a modern society and loyal to his future wife. The strident Christianity of Sergeant Howie is relevant to the themes and conflict within the drama but it reduces the scope for subtlety. 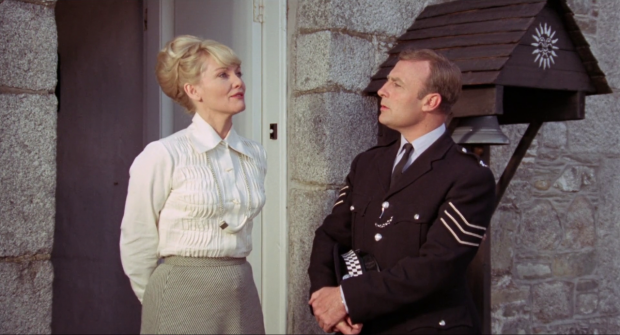 The village in The Wicker Man may have pre-Christian religious practices but it is also shaped by the modern world.   The fruit that is harvested on the island is the apple, which is no surprise. As poor Sergeant Howie realises, temptation is everywhere. The failure of the harvest may explain the over-reliance on cans for food but the villagers live 20th Century rural lives. The teenagers wear trendy clothes, and the young men have modern haircuts. This mix of the ancient and modern is explained in one of the too many conversations we listen to as we travel around the island of Summerisle. The explanations make a certain sense until the final scene but by then most of the audience is preoccupied by what will happen to Sergeant Howie. There are memorable images in The Wicker Man but that is because of the subject matter and an inspired icon.   The actual photography is uninspired.  The island looks unexceptional and its landscape ill equipped for the sexual explosion that has taken place within the village. There is, though, a good overhead shot of the Storr on the Isle of Skye at the beginning of the film. It has nothing to do with the film but it is good to see. 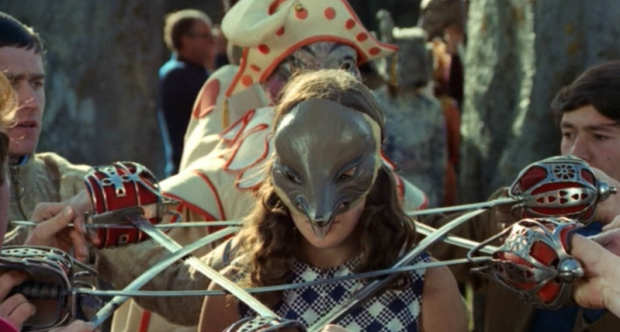