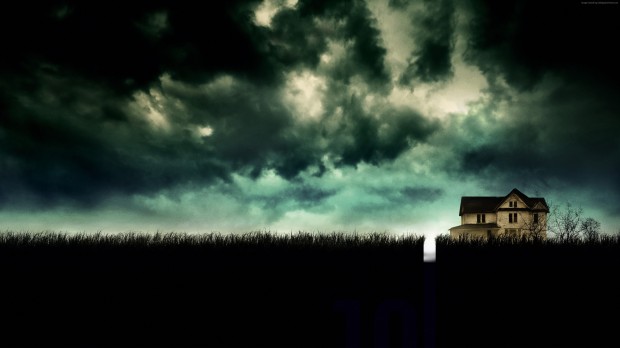 It appears that J J Abrams has become a wheeler-dealer. Talent and invention have been sacrificed for logistics and project management. The nonsense and cynical opportunism of his over-regarded Star Wars remake has not helped him. We cannot assume that he will recover from his current malaise. J J Abrams is co-producer of 10 Cloverfield Lane. Because he has a name and is now a Hollywood player, and perhaps because people have fond memories of what Abrams achieved when he revitalised Star Trek, some people have praised 10 Cloverfield Lane.   The election of Donald Trump is not the only bewildering judgement made by Americans. Some resist and are willing to stand alone. Ernest Hemingway ignored the hysteria and publicity when The Naked And The Dead by Norman Mailer appeared just after the Second World War. He described the book as ‘poor cheese and pretentiously wrapped’.

10 Cloverfield Lane is a tired effort and poor cheese, a film where the anticipated production line appears more important to the filmmakers than the actual movie. The nuclear bunker, which provides the main location for the film, feels like an anachronism, as if it belongs in an old TV series. The film may have been inspired by The Twilight Zone episode Shelter Skelter, which appeared in 1961. That story related to the concerns of its time, which was why in less than thirty minutes Shelter Skelter was able to reveal something about the fragile and hypocritical nature of community and the nonsense that neighbours say to each other. We only have to compare the titles of the Twilight Zone episode and 10 Cloverfield Lane to realise the difference in application. One writer has attempted something interesting and amusing, and the other has not. Instead, there is a bland title that suggests a connection with the monster movie Cloverfield when none exists. Nothing, though, excites deal making Hollywood players more than the possibility of a franchise. And if that means using undercooked second-hand ideas in a throwaway plot to maintain some kind of momentum, why not? 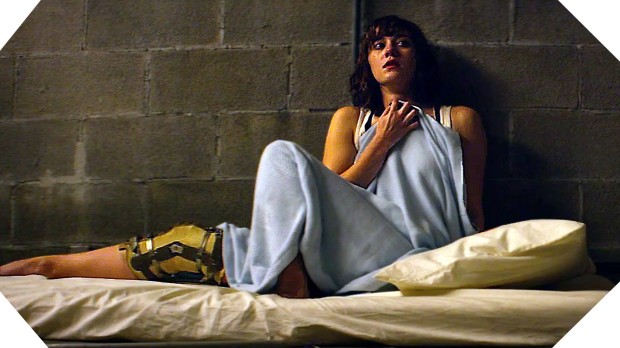 Much of the drama of 10 Cloverfield Lane relies on techniques used in those prison movies where a solitary and determined character plans his escape. Un Condamné À Mort S’est Échappé (A Man Escaped) directed by Robert Bresson and Escape From Alcatraz from Don Siegel are the two best examples in this genre, and the latter is nowhere near the equal of the masterpiece by Bresson.   10 Cloverfield Lane is a reminder that Bresson and his film were exceptional. We should be grateful for that but, when audiences are encouraged to remember unbeatable originals, it requires either supreme confidence or stupidity by filmmakers to invite those comparisons. In movies about solitary prisoners the objects are important, and the interest is in watching someone use ingenuity to recreate mundane objects as tools for escape and to support a bid for freedom. When the film is well made, the patience, resolve and impossible hope of the prisoner add to the suspense and tension. This is missing from 10 Cloverfield Lane but without the film ever feeling schematic it does suggest the importance of objects to our modern lives. The pre-title sequence is the best section of the movie and has no dialogue other than what we hear on a telephone message. Objects are used to tell us that Michelle has had an argument with her boyfriend and has decided to leave home. The camera shows us a window, a room, a phone, car keys, a car, hands on a steering wheel, a garage, a petrol pump, roads and headlights. Later and inside the confined bunker we become aware of how we all use objects to compensate for our lack of freedom. The more restricted the space we occupy the more important objects become. Objects appear throughout the film. They are essential to the plot and the decisions taken by the characters.

The emphasis on objects may be why the characterisation in the film is so weak, appropriate for an action film perhaps but well undercooked in a three-handed chamber piece. John Goodman is a decent actor who is at his best playing intimidating eccentrics, a darker version of the talented and underestimated John Candy. Goodman is a good fit in oddball movies. He has the ability to be simultaneously startled, confused and threatening, and we watch him with interest and some affection. He should have been perfect for his role in 10 Cloverfield Lane but the writing facilitates the weaknesses of Goodman rather than his strengths. For all his skills this actor is not great at subtle character invention. In his defence Goodman looks like he has realised he has made a mistake in accepting a part where he is meant to be ordinary. The film has three characters. They are confined in a bunker that provides a safe refuge against an attack from invaders. The three people have time to talk but manage to say nothing memorable, either about their situation or themselves.   The bunker is located somewhere between New Orleans and Baton Rouge. I know this road quite well from visits to the USA. My recollection is that the people who lived around those parts had a distinct and easily identified way of speaking. No one in 10 Cloverfield Lane has a Louisiana accent. This is understandable if they wanted key actors for the three main parts but a woman appears for a few seconds at the window of the bunker and even she appears to have lost her way while driving round New England.

The film has an absurd, overblown, predictable and, despite what some say, far from confusing ending.  The transformation of Michelle into an extremely capable interplanetary warrior may set up a future film and more money for Abrams but her prowess, like the speed of the change in her character and her success against impossible odds, is silly and unbelievable. Of course, the misguided confidence that invites comparisons with Bresson cannot resist an obvious reference to the triumph in the final scene of Jaws. This is not clever. It demonstrates an inability to devise an original solution to the dilemma of the hero.

If there is a theme within the film, it appears to be about the importance of choice for individuals. Michelle has to decide what is true and if she can trust the other two people in the bunker. In its final shot the film indicates that choice defines our future and us. Choices do have consequences, and for the young man in the film the choice he made about college would have affected the rest of his life. The choices of others also affect us. Goodman plays Howard who owns the bunker in which the three characters are trapped. He is making decisions about people who will be making decisions about him. Before the final moment the film implies that most choices are not between good or bad. What Howard says should and should not be believed. Those with him cannot know what to decide because they are unclear about options and outcomes. That these dilemmas exist for us is no more than common sense but it gives the film a paranoid edge. The final shot, though, states the opposite of what went before. At the end of the film, Michelle has to make a choice and the decision is obvious, especially as we have just witnessed in record time a superhero emerge from her adolescent chrysalis.

10 Cloverfield Lane does have some moments. There is the dialogue free opening, and the shots of the characters framed by blank walls are evidence of the shrewd direction that adds emphasis to the isolation of the characters. The soundtrack also includes Tell Him by The Exciters. The record is always good to hear but the title is appropriate. We hope that telling someone about our choices and the subsequent conversation it inspires will help us make sensible decisions. Nothing in the film, though, articulates this idea as well as The Exciters did in a couple of minutes.

Anyone who thinks that CGI and its epic scale demonstrate progress and superior skill in modern filmmaking should watch 10 Cloverfield Lane. The final scene may be absurd but it is well directed and, thanks to CGI, has scale. More difficult is the ultimate confrontation and fight in the bunker. This is poorly done, and the movements of Goodman resemble a man putting his feet down on steps drawn on the floor. Indeed the scene is so clumsy it looks like we are watching obvious stand-ins rather than the actors.

Not everyone will classify 10 Cloverfield Lane as horror but before the film finishes the audience will have seen a disfigured psychopath and some gruesome sci-fi. More monsters will probably follow in the cycle. Some have described 10 Cloverfield Lane as an interlude in the planned series, a psychological thriller. Although we should expect a series this view has to be challenged. A psychological thriller needs psychology and that is missing from 10 Cloverfield Lane.   The optimistic may believe that the series will improve and the only way is up. At the moment, though, J J Abrams appears to be interested in other directions.

Howard Jackson has had five books published by Red Rattle Books. His latest book Choke Bay is available here. If you are interested in original horror and crime fiction and want information about the books of Howard Jackson and other great titles, click here.