Since the election of Donald Trump the phrase Man Baby has appeared often. Baby is perhaps an exaggeration. Man Boy is better. A Man Boy, we have discovered, is an impatient bully who has an exaggerated sense of entitlement. Man Boys, which may or may not be the plural, think they are entitled to everything their mothers promised them and everything that their inferior mothers lacked the ability to imagine. Man Boys do not regard women as their equals. They cannot. They have feelings of superiority to most human beings. So far the term Man Boy has been used by left wing critics to puncture the reputations of greedy and vulgar businessmen and coarse right wing politicians.  But Man Boys are everywhere. Working class gangsters are Man Boys. This should be no surprise. Gangsters are violent and unpleasant but they have the same interest in money as businessmen.   Man Boys, though, are not just interested in money.   Writers and filmmakers include a fair number of Man Boys.   Bohemia, the cultural homeland and not the place, is full of Man Boys and even Women Girls.   The creative Man Boy witnesses chaos and suffering and rubs his hands at the prospect of an idea for a film.   Twisted violence and torture can make Man Boys giggle. 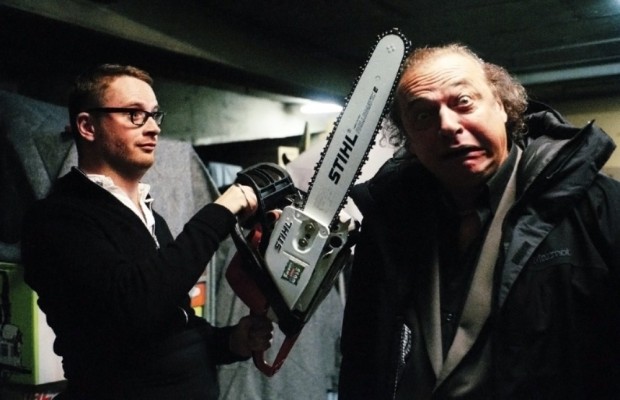 Nicolas Winding Refn is the other famous Danish filmmaker and not the one everyone knows.  Like Lars Von Trier, he is talented but a little odd. Although we had seen it all before somehow his film Drive impressed the critics. Winding Refn is a stylish director and he has a sense of character and destiny.  This strength undermined a film about an existential loner and his motor car but what the hell.  Camus has been long dead, more the pity. The films of Winding Refn and Von Trier are bold but also self-important. People give them millions of dollars to spend, which means that there are more than a few people who can live with self-importance. Valhalla Rising was an attempt by Winding Refn to match the epics of the equally odd Werner Van Herzog.  Valhalla Rising cost nearly $6m and made $31,000.   Even money launderers would baulk at that but perhaps that film was more self-important than bold. Winding Refn and Von Trier may just be the challenging filmmakers that audiences need if we are to survive jaded modernity.  Or they may be Man Boys, adult versions of the kind of children who giggled when they were asked to wipe their noses. To the surprise of no one Winding Refn directed a film that was based on the life of Bronson the violent criminal. Now incarcerated in Broadmoor amongst the violent and insane the troubled armed robber Bronson has assaulted an awful lot of people. Sometimes he holds his victims hostage. He also paints and writes poetry. Bronson is a role model for Man Boys everywhere.  Donald Trump may be a fan. 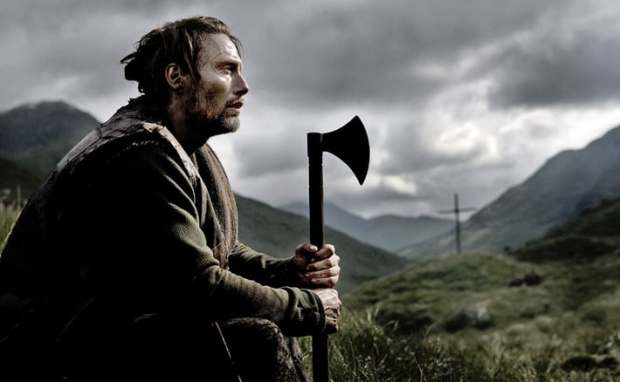 For those inspired by the Danish record on economic equality and education the term Copenhagen Underworld may sound like an oxymoron. It is not. Winding Refn and Von Trier may be Man Boys but, because they have neither illusions nor moral aspirations, their films can sometimes benefit . The people in Pusher are unpleasant, and their immorality is convincing. These people want the freedom to be better but not in the way Camus imagined. They want more money, status and gratification.

Pusher is the first of a trilogy.   All are set in Copenhagen. Some of the characters appear in more than one film.   Winding Refn was reluctant to make sequels to Pusher but he needed to earn money because he was in debt. Valhalla did not rise.   When potential film projects are mentioned, the name of Winding Refn is often mentioned. Film directors who survive know what it is like to be a desperate hustler. Winding Refyn has also talked about how the second in the Pusher series reflects his own complicated relationship with his father.   This may be why that film is the best of the trilogy.  The series began, though, with a frantic search for money.

Frank buys drugs from Milo.  Frank intends to sell them to someone else and make a profit.  Frank will pay Milo for the drugs he has bought after he sells them.  The economic model is simple. There is a distributor, wholesaler, retailer and customer, and something supposedly marvellous called credit. Frank is the wholesaler. Pusher may be a criticism of capitalism or it may simply be a tale of chaotic lives. It does, though, expose the network of exploitation and abuse that develops from commercial contracts, profit and the advantage of economic power. Mix in male authority, and somehow people have to survive. This means that dependencies are established. Thanks to the the films of Michelangelo Antonioni we all know the thin line between dependency and prostitution. The girlfriend of Frank says, ‘I’m not a whore. I’m a champagne girl.’ She is confused about how she earns her money but so are the rest of us. When Frank attempts to sell the heroin supplied by Milo, the police intervene and Frank loses both the heroin and the money Milo was expecting to be paid.

After the 2008 financial crash there has been debate about whether risk should be proportioned amongst creditors and debtors. The progressive argument is that creditors should be expected to take some of the risk if they expect to make profit or interest. They are exercising a judgement that may or may not be rewarded. The progressives argue that moral hazard is important to all economic decisions. In 2008 the bankers and their friends in government felt otherwise and were happy to make people homeless. Milo thinks like the bankers. He wants his money, and, if it is not paid, Frank can keep his apartment but he will lose a kneecap. This is life on the edge. Money or the lack of it can mean obliteration. Filmmakers must have similar feelings when their deals go sour. We suspect that some of the film, like the sequel, is inspired by the personal experience of Winding Refn.

At the beginning of the film we see drug dealers Frank and Tonny relaxing.  Winding Refyn researched the film. He spoke to Copehagen criminals and he attended Narcotics Anonymous. Pusher impresses because the scenes of Frank and Tonny having fun are just as disturbing as the violent confrontations that follow. Men like Frank and Tonny need to impress other men.   Reassurance is essential for these aspiring gangsters, and they make exaggerated demands of their friends. Bravery and loyalty is challenged, and in the moments they can afford to relax the drug dealers insist on bear hugs. Empathy is important but complicated by performance and a need to shock.  Of course, it distorts their relationship with women. Frank and Tonny take comfort over what they regard as their superior status to their girlfriends.  The locker room talk between Frank and Tonny is not inauthentic but it is overwritten.  It feels as if a shopping list of sexual activities has been crammed into one conversation. 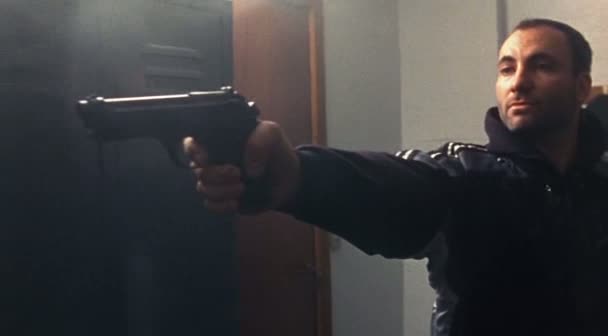 Kim Bodnia is the actor that plays Frank. He has played gangsters and sensitive husbands hurt by unloving wives. He has a range. In Pusher he combines violence and vulnerability, the spot of innocence that is, according to Camus, at the heart of everyone.  Pusher reveals how self-destruction in people without hope is informed by not just irresponsibility but fantasy. It becomes the final tool for demonstrating defiance.   By the end of the film we have a sense of how violent and destructive hustlers lack the ability to imagine either the future or life in another place. The criminals in Pusher are trapped in dependency, powerlessness and bravado. Frank and Milo, like most drug dealers in the movies and perhaps real life, are men without a contingency plan. The easy options they use to make money and their willingness to settle arguments with violence leave them with undercooked imaginations. This was what happened to Lee Marvin in the classic thriller Point Blank when he was obliged to retreat in the shadows around him. He only understood what could be achieved through his own violent power and ruthlessness. Frank is the same. He is cunning but unable to comprehend why his lack of culpability in the drug deal that went wrong is no protection against the wrath of Milo. This is a failure of imagination. When a proposal for peace is made by Milo, we watch the imagination of Frank become incoherent. The amoral hustler who thought people could be pushed aside is unable to distinguish between salvation and damnation.   Again, like the champagne girl, Frank is not that different from the rest of us.