THE STRANGE CASE OF DR JEKYLL AND MR HYDE 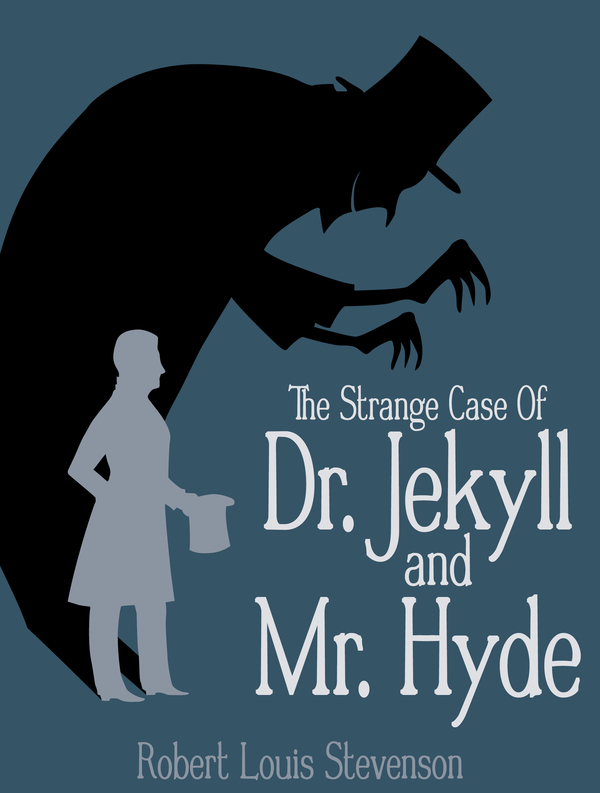 Movie genres have cult appeal, and cults have loyalists who cherish what they consider to be rare icons. The diehards amongst Bob Dylan and Elvis Presley fans pursue bootleg CDs and listen to recordings that have bathroom acoustics. Horror fans take pride in being persuaded by the crude and the obscure. They like to delve amongst the trash. Somehow they respond to phoney blood and lousy actors. The Strange Case Of Dr Jekyll And Mr Hyde, which is now available on Netflix, has picked up awards at minor film festivals, the kind that the big movie producers ignore. At the end of the film the credits reveal that the number of producers, or the people who chipped in a few dollars, outnumber the actors and technicians.  The film deserves to be seen but the lack of available money is evident. There are rough edges.

Apart from a very brief cameo by Mickey Rooney the actors sidestep any authentic emotion. The film is not lit by an expert, and the dialogue is sometimes distorted by a weird muffle on the soundtrack. In an odd way, though, all this works. The Strange Case Of Dr Jekyll And Mr Hyde is a film that has low budget merit. It is loyal to the original novella by Robert Louis Stevenson, and the creaky acting suggests something similar to the early theatrical adaptions that would have been performed for 19th Century audiences ready to suspend disbelief and be easily titillated. The Strange Case Of Dr Jekyll And Mr Hyde invites us to approach the familiar tale with a Victorian imagination. The undernourished lighting denies glamour, and the Victorian rooms acquire an oppressive and mysterious claustrophobia. The film can be a disturbing experience when viewed in a gloomy cinema or a darkened room. 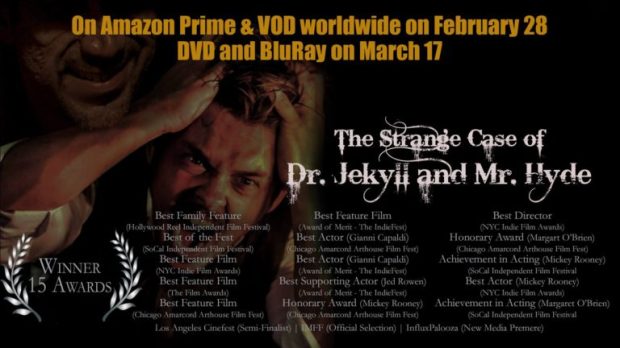 Robert Louis Stevenson was a great writer. The opening sections in Treasure Island contain some of the finest exposition in English literature. His novella about Dr Jekyll And Mr Hyde deserves to be famous but is less of an achievement. His fantastic tale had a memorable and original concept but not a lot of narrative grip. Much of the story is told through the discovery of letters.   The story provides explanation rather than realism or suspense.   Despite that the novella had tremendous impact. It shocked, was revelatory and predicted doom. The word tragedy is not strong enough to describe the story of Dr Jekyll.

The themes and the concepts within the book are important. The Strange Case Of Dr Jekyll And Mr Hyde, unlike its predecessors, makes them available to a cinema audience. For once the character of Gabriel John Utterson is given the attention by a movie that he deserves. His character and problems are not misunderstood. Moviemakers and some readers have assumed that Utterson is a disinterested spectator, a decent man who exists only to collect narrative information from the other characters. In The Strange Case Of Dr Jekyll And Mr Hyde the audience is at last made aware of the dilemma that haunts the curious and sympathetic Utterson. He is a gentleman trying to rescue another gentleman from himself. ‘There are no certainties only the promises that we keep,’ says Utterson. The film like the original novella is about loyalty. 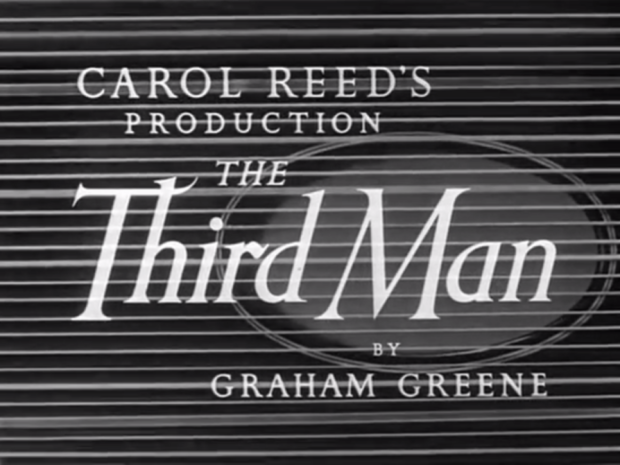 Graham Greene was famous as a Catholic writer but he was also interested in the tension between personal loyalty and the wider responsibility to society and strangers. The finest moments for Greene on film were contained within his screenplay for The Third Man. Holly Martins agonises about whether he should betray racketeer Harry Lime. Martins and Lime are friends from their schooldays. The cinema audience is obliged to witness the children ruined by the black market deals of Lime but, at the end of the film, Greene does not pardon Martins for cooperating with the authorities.   Stevenson wrestled with the same issue in Treasure Island and Kidnapped. These books were written for boys. The novels provide escapist entertainment but also a warning about the choices young men will have to make, fun with villains or decency and self-respect. Greene insists that these decisions will have to be made throughout life. 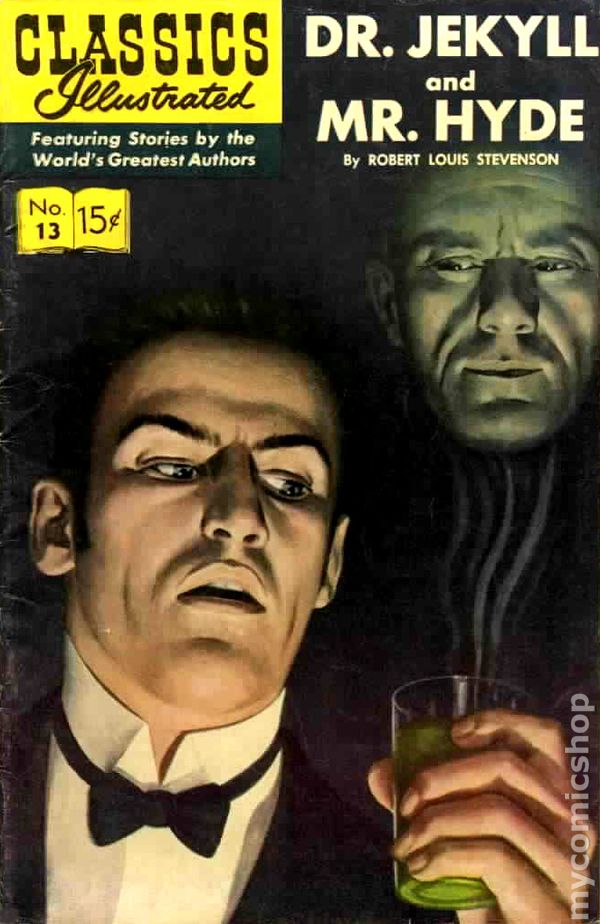 In The Strange Case Of Dr Jekyll And Mr Hyde Utterson is as tortured as Jekyll. Both men struggle with the burden of responsibility and consequence. Jekyll is tempted by a drug that allows him to become another person, Hyde, who will commit crimes and enjoy sin. The drug allows him to be excused from the crimes that Hyde commits but Jekyll understands that he should resist the drug. Jekyll has to fight addiction but he also has loyalty to Mr Hyde, the friend whom he is reluctant to destroy through abstinence. The Strange Case Of Dr Jekyll And Mr Hyde does not shirk from revealing that Hyde is a monster but it also presents him as an alternative conscience for Jekyll. Hyde is a friend who makes demands of Jekyll. The lawyer Utterson can only expose the monster Hyde by destroying the well-behaved gentleman Dr Jekyll. Utterson is reluctant but at one point he says, ‘To do what everyone expects of me, to do what is right.’ The reasoning of the lawyer is correct because what everyone expects of us is right. The word everyone is important. Other people may be flawed but what they expect of us is not what they expect of themselves. They want everyone else to be honest and decent.  Friends, though, need personal loyalty and they can make other demands. ‘There are no certainties, only the promises we keep,’ says Utterson. ‘I wish I had the knowledge of what is certain.’ Without it we have to think of other people and what they will want. 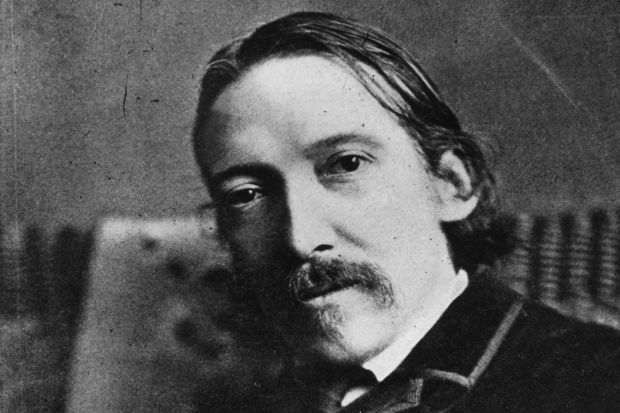 Robert Louis Stevenson became ill in his twenties and roamed the world looking for places where his body might find comfort. He was dependent on medicine. Never that far away from a dosage he must have had doubts about which was the authentic Stevenson, the man who could barely breathe or the person who functioned with the aid of drugs. Illnesses split the personality because sometimes we are well and others not. In The Strange Case Of Dr Jekyll And Mr Hyde the drug that Jekyll takes is described as ‘the solution to a many great things.’  Experience as an invalid enabled Stevenson to understand the appeal of drugs and why people are willing to risk addiction and self-destruction. The drug in the novella by Stevenson offers escape, fresh possibilities, revolt against the tyranny of existence, transcendence, and an alternative identity unrestricted by guilt and responsibility. No wonder Keith Richards always has a smile on his face. The guitarist is an interesting example. People sympathise with Richards because, when they look at his wrinkles and observe his wiped out eyes, they recognise dedication to a cause and realise a kind of monster has been revealed. Stevenson made the bold move of relating drug addiction to scientific persistence. Jekyll is curious about himself and the world, including those elements that Victorian society wanted hidden. No surprise, of course, that it cannot be hidden from Mr Hyde. The Strange Case Of Dr Jekyll And Mr Hyde uses much of the dialogue in the original novella, and the line about the ‘greed of curiosity’ applies to both the scientific and the decadent. Both self-sacrifice and indulgence will, when practised by extremists, challenge taboos.

The film also makes clear that Jekyll was flawed before the arrival of Hyde. He visited the fleshpots and had bouts of temper. The drug tilts him towards evil but it does not transform his character.  Jekyll worries about being responsible but Hyde demands that Jekyll does not deny the appetites that they share. Hyde is a hedonistic centre that exists at the root of a wider complicated conscience. The acting in The Strange Case Of Dr Jekyll And Mr Hyde is limited but the powerful message enables us to sympathise with the weariness of Jekyll as he approaches his extinction. 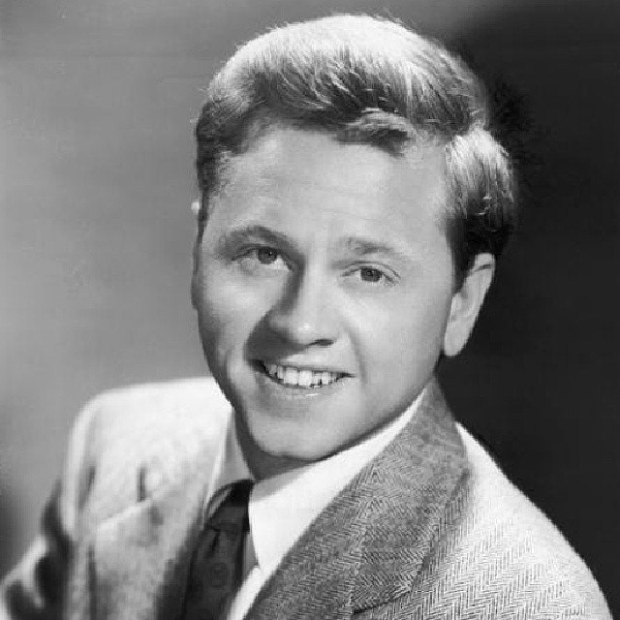 Mickey Rooney died in 2014. The Strange Case of Doctor Jekyll And Mr Hyde is listed as being made in 2017. Perhaps his contribution was filmed early to facilitate finance. By the time he had filmed his scene Rooney had lived 93 years, divorced eight wives, swallowed a skip of various pills and drank a few swimming pools of alcohol.  He does not look at his best in the film.  Rooney delivers a couple of lines but, although he is suffering, it is obvious that he possesses thespian vitality and ability.   He is asked why he had visits from Mr Hyde. ‘I provided him with debauchery,’ says Rooney.   He speaks like a man who is confused as to why his behaviour has made others curious and why he is being accused. Bewilderment affects all the characters in the film. The story is related by several confused narrators. Utterson attracts attention from an audience because he will act rather than merely observe. He is a man who needs to understand what is happening but also his obligations.   At the end of the film he relaxes with a glass of wine. There is no reward for Utterson for doing what he had to but the wine will soften his conscience and help him endure and, if he is lucky, resist the monster within.