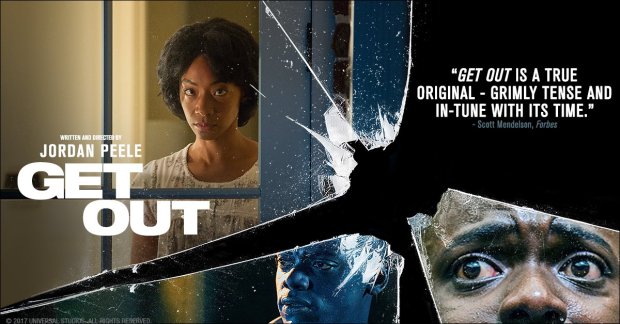 The ending of Get Out is important but it was changed. Director Jordan Peele said his change of mind was something to do with the political mood in the USA when he made the film. The media had given attention to police shootings of Afro-Americans. Perhaps but perhaps also someone figured that it played better with the revision. The revised ending has an impact because most people would have expected what was originally intended. The original ending was as predictable as our response would have been. Individual white people would have simultaneously pondered their guilty liberal conscience and improved their self-esteem. Afro-Americans would have felt self-righteous anger. Instead everyone is satisfied by the twist in the plot. Yet after second thoughts we realise it is only a twist because our expectations have been shaped by our knowledge of a racist society.

All that sounds fair and even handed, and it is because Get Out sharpens its satirical teeth on both white and black Americans. This does not mean we can all now be friends. If the film Get Out is fair minded then the ending is anti-integrationist. Thanks to the revised ending the two word imperative title means black people, for their sake, should stay away from white folks. The Afro-American mate in New York is almost right when he warns about black people being wanted as sex slaves. White people either covet the Afro-Americans for what they regard as exotica or want to destroy them for being different. Either way it means trouble and white people are best avoided.

Get Out is a great horror movie. It begins as a variation on Guess Who’s Coming To Dinner and finishes as an alternative to The Stepford Wives. On the journey there are references to The Birds and Rear Window and an awful lot of Carnival Of Souls. Rather than a community of intrusive creepy ghosts threatening a bemused traveller we have unattractive and disturbing rich white people undermining an Afro-American outsider. Both Carnival Of Souls and Get Out rely on an oppressive rather than violent threat. The jump scares in the first half of the film are excellent because they should not be. A gardener runs past the hero. The cook touches her face with a hand or crosses a corridor. But in a strange world anything can disturb. Carnival Of Souls was made for a budget of $40,000. Get Out had a budget of $4.6m. Money talks. The producers recruited a strong cast, and the director of photography added visual polish to a smooth script.

The British actor Daniel Kaluuya is impressive as the photographer who is taken to meet the parents of his white girlfriend. Kaluuya is as good as anyone at being harassed, confused and powerless. Get Out is not his first movie. He was a distinctive presence in Sicario as the ignored colleague. His finest moments, though, were in the 15,000,000 Merits episode of the British TV series Black Mirror.   Without a hint of Marxist analysis the script by Charlie Brooker damns the hysterical demands of modern capitalism and exposes its supposed rewards as spiritually empty. So Kaluuya is no stranger to polemic and he does more than enough to be a convincing and innocent victim in Get Out. He is less successful at being a professional photographer. The script may be original and sharp but it does not help Kaluuya. Passivity is needed from Kaluuya if his character is to be threatened but seeing him behave like an easy going dope made me yearn for the urgency and willpower that is associated with successful photographers. 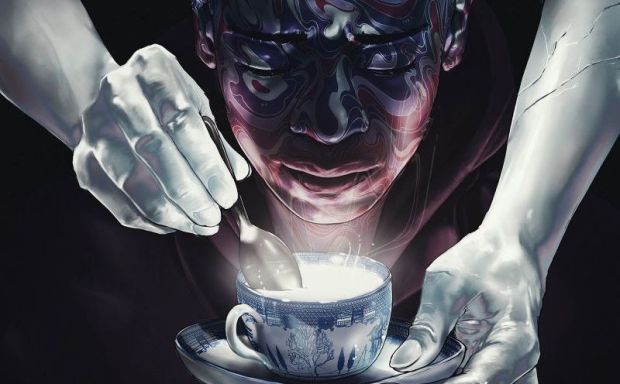 This is a minor quibble, as are the other criticisms. There are a couple of holes in the plot and a nagging loose end. The serious points Get Out makes about racism and how it affects both the behaviour of black and white people are interesting and are elevated by the perspective belonging to an Afro-American. But those ideas are carried by substantial metaphors. The individual moments of social satire are less persuasive. These scenes, though, have to contribute to the horror plot and future surprises. Later the weak moments of social satire make narrative sense but cannot be entirely forgiven. The opposite happens to the scenes involving the cook and the gardener. The servants talk like upper class Americans and challenge notions of racial characteristics. This time the subsequent plotting mitigates the effect of those previous scenes.

Apart from Kaluuya the rest of the cast also deserve a mention. Alison Williams is convincing as the charming free spirit and the cold twisted daughter of strange parents. Caleb Landry Jones has a manner as gothic as his name and does a more than decent impression of Heath Ledger when he was being the insane but appealing alternative to Batman. Bradley Whitford is known for his starring role in The West Wing.  Whitford was irritating in that accomplished nonsense. Since Trump we have realised that the reality is even more absurd.  In Get Out Whitford is still damned annoying. His overbearing good humour and friendly hugs for his visitors make a mansion soon feel claustrophobic.   The great and natural Catherine Keener is the sensitive but not to be trusted mother.  These are not the kind of actors who are obliged to steer B movie plots to a gory conclusion, and a lot of the film feels like anything but a B movie. But if in the first half of the movie the horror is subtle, to its credit Get Out does not forget its B movie roots. The oppression explodes into violent confrontation, and nothing pleases certain horror fans more than seeing a brain removed and rampaging vengeance.

Animals feature in more than one scene. The sudden death of a deer interrupting the romantic teasing will make some think of Melanie Daniels arriving in Bodega Bay. This connection may or may not be whimsical because the scene also emphasises how humans misunderstand their relationship to other creatures. We select some as pets, romanticise the remote but attractive and describe others as monsters. This confusion also extends to the decisions we make about other human beings. Indeed history reveals that at times we have even used the same categorisations for our fellow humans. No wonder our courtesies cannot be trusted. The first instance of racial harassment is so subtle that not only the audience but also the hero fail to notice what is happening.

The music on the soundtrack is good and collects from a diverse culture without scoring points on behalf of the separate races. How Cockney comedians and chums Flanagan and Allen make it on to a film about racism made by an Afro-American is a puzzle and makes you wonder just what used to happen in American childhoods. There is a great line said by the mate of the hero back home in New York. ‘We work in the dark room but wake up in the dark.’ It is indeed dark on the margins of society and the quiet moments, rather than reward, produce lonely horror.

Get Out has two key targets. This does not sound like a lot but, as everybody is crammed into the shotgun sights, two is more than sufficient. Sensitive whites may carry a conscience, have ubiquitous good manners, acknowledge a need for equality and even act as if it might exist. But, whether they want to admit it or not, they are compliant with a racist and discriminatory economic system that guarantees that one race is too often obliged to attend the needs of the other.  To achieve what are supposed to be the honourable aspirations of material progress and status white people ignore too much. Ambition and competition ensure that there are winners and that winning prevents the winners from seeing the world as losers can. Privilege adds poison to the fog. Ambitious Afro-Americans have more to sacrifice than what they see with their eyes although that is a not an insignificant place to start. The powerful think about other human beings like they think about other animals. They believe that they are entitled to what others have. This is not only the money and land of others but also their bodies, nature and spirit. If it is not available to the powerful, they will shape the world in a way that suits them and exclude or prohibit what they cannot have. Afro-Americans can sometimes succeed but the price involves not only being oblivious to what is happening, sacrificing their eyes, but a loss of what are the most important commodities of all, their identity and character. There is nothing new in any of this, of course. Race issues in one country can apply to social classes in another. History is full of examples of people imitating their oppressors and conquerors. Each time we should get out but like fools we hang around to be patronised. After a while the patronised look for someone whom they can patronise. So it goes.