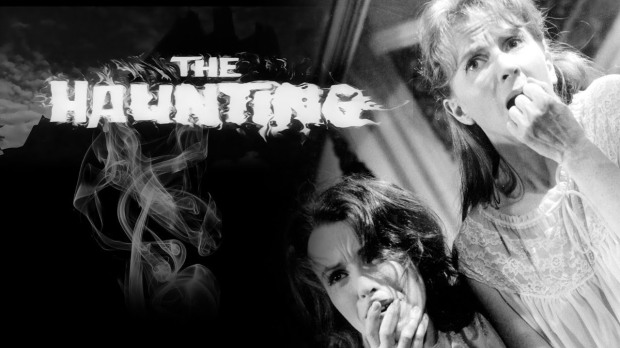 Few 20th Century horror writers have the intellectual and critical heft of Shirley Jackson. Her novels are available as Penguin Modern Classics. She shares the same list as Orwell, Camus, Fitzgerald, Faulkner and the other heavy hitters. Her books reveal effort plus application and serious thinking about character and the world she lived in. She also was able to appeal to a sizeable readership. Her short stories were published in The New Yorker magazine, which meant that for most of her life she wrote on her terms. Jackson refused to promote her books. She wanted the books to be self-explanatory. Having the adoration of The New Yorker magazine and big publishing houses helped. Since her death critics and academics have continued the praise and attention. Donna Tart, who can be as snotty as anyone, is a big fan. The influence of Shirley Jackson can also be seen in the two horror films of Robert Aldrich especially Hush Hush Sweet Charlotte.

The novel The Haunting Of Hill House was published in 1959. The film adaptation directed by Robert Wise was released in 1963. The novel is fine and often brilliant but it is not the masterpiece claimed by some. The relationship between Eleanor and Theodora does not always connect on the written page in the way it should. In the film this weakness is mitigated. The presence of talented actors helps. The ending of the book confirms what we know about Eleanor. She wants a home and needs to be cherished by someone and will even sacrifice herself to achieve that ambition. The ending, though, does not feel inevitable. It is a waste of a human life that could have been avoided, and only a dope would have allowed anyone to drive home alone after what has happened in Hill House.

The original novel was written in the third person but it also describes at length the private thoughts of Eleanor. This is a compromise required by the developments of the plot. The use of the third person to describe the inner thoughts of Eleanor is a clue as to why not everything in the book works. Adapting the book for a film would have been difficult for any scriptwriter. Nelson Gidding had a name that in a parallel universe could have helped him be remembered as a jazz pianist.   In this one he wrote film scripts for Hollywood producers. Giddings does a decent job on the screenplay. He makes the right decisions about what to include and leave out. His changes from the novel are designed to add audience appeal and are less successful.

Dr John Markway is head of the group that will investigate the rumours about Hill House. In the book he had a wife who was also interested in the paranormal. This is changed for the film, and the main purpose of the wife in the movie is to add drama to the climax. To be fair her presence does facilitate a couple of decent moments including a good jump scare. The emotional and contrived physical distance between Markway and his wife allows scriptwriter Gidding to allude to an emotional connection between Eleanor and Markway. The real romance in the film, though, is between Eleanor and Theodora. There are a couple of references that indicate Theodora is a lesbian. The movie suggests lesbian and sexual possibilities between the two women but those who conclude that the neurosis of Eleanor is rooted in lesbian frustration are missing the point.

In the book Eleanor yearns to go and live with Theodora. Eleanor wants a friend and a home, something better than the sofa she sleeps on in the living room of her sister back home. If Eleanor cannot have a sophisticated friend and share a smart apartment then a disturbing empty mansion and a few unsettling ghosts are still better than the sofa. Eleanor like most of us imagines a relationship consisting of intimacy with another person and the home being both the place where the intimacy happens and an element in that intimacy. Because Eleanor has never had a real home and has either lived with a begrudging sister or a demanding mother, she is not clear which is the key element in the intimacy she requires. For this confusion to be valid not only has Hill House to be a key character in the film, Eleanor has to be neurotic. The film and book both begin and end with a description of the house. In Britain women used to describe men with money and prospects as bricks and mortar. Shirley Jackson is nowhere near as crude as this but she understands that relationships and our desire for intimacy and kinship are intertwined with our fetishist obsession with place and home. Eleanor also has guilt over the death of her mother, which brought relief rather than grief. The truth about Eleanor is that she would have probably settled for just a house. We know that this desire does not make her unique. One of the previous victims of Hill House had lived there alone. It was what a poor girl assumed would give her happiness.

These ideas make The Haunting Of Hill House conceptual but because Eleanor is complex and tortured the book is also rich in characterisation. Her oppressed existence and guilt have given Eleanor a sense that she is not normal. Although she never quite says so, Eleanor fears exposure. She worries that people will notice that she is not what she feels obliged to pretend. A relationship is important to Eleanor because it would enable her to vanquish the memory of her mother and to cease worrying about her being unlike others. For the wounded, affection and a sympathetic ear will provide security but a home or a house can also offer sanctuary. Shirley Jackson was also interested in why and how people needed scapegoats. Eleanor is sensitive and odd but she may also have a sense of her fate as a scapegoat, how she has been primed by her mother and sister to be a sacrifice.

Eleanor is a demanding part for an actress. Julie Harris has to deliver the inner monologue and not irritate. Her appearance is ordinary rather than charismatic which is why she often played outsiders. The voice of Harris, though, is great. Actor Alec Baldwin described it as sounding like rainfall. It promises mystery and discovery, as if each sentence is a journey that will surprise. Claire Bloom plays Theodora and tones down the acidity in the character that existed in the book. The relationship between the two women varies between hostility and affection but because of the actors it is believable. The final words from Theodora to Eleanor are taken from the book and are memorable. The simple instruction to Eleanor to be happy is powerful and ambiguous, a suggestion that a weaker and more fragile person should settle for modest purpose but also an acknowledgement that this pathetic creature has a will capable of self-destruction and damage.

The Haunting like the earlier The Innocents is in marvellous black and white widescreen. The two films were made within three years of one another. Both movies are ghost stories that have a neurotic female character discovering a house that may be haunted.  The Innocents has a refinement and a subtlety that The Haunting lacks. The opening Hammer style title sequence appears to acknowledge that nothing can compete with Henry James.

Apart from his career director Wise was also famous for editing The Magnificent Ambersons when he added routine scenes. Orson Welles had left for Brazil and had expected his film to be released intact into cinemas. Fans of Orson Welles believe that Wise colluded in the destruction of a masterpiece. The interiors of Hill House and the wide-angle photography evoke the Ambersons’ home as it was imagined by Welles. Perhaps the photography Wise uses in The Haunting is atonement for his previous compliance with the moneymen at the RKO studio. The wide angles and enlarged faces are effective and emphasise how remote the four people in the group are from each other. What we see of others is both limited and distorted. Other people are what we are obliged to both observe and imagine. There is an irony in this. Used by a demanding mother, Eleanor has been ignored most of her life. She may need to hide her true self but she also needs to be the centre of attention within the group. Without the interest of others Eleanor lacks stability. Driving to Hill House she worries about both the journey and what to expect. There are times when Eleanor is indeed consoled by the presence of the group. She talks about the visit being the most exciting thing that has happened to her. But she is always fearful that the group will reject her and perhaps select her as the scapegoat. Compared to satisfying the expectations of a group of people an emotional investment restricted to one person is low risk. And a house is less risk again except that houses are like people and they have secrets. They and us cannot be trusted.