Joe Morse talks a lot, and his words are fancy.  There is a reason. The movie Force Of Evil was based on the novel Tucker’s People. Ira Wolfert wrote the first draft of the screenplay for Force Of Evil and the original novel. His book Married Men is a whopping 800 pages filled with small print. The thriller Tucker’s People is not quite as ambitious but it needs a hefty 400 pages. Republic Pictures Corporation provided the finance and distribution for Force Of Evil. The unkind called Republic a ‘poverty row’ company. Their budgets were tight, and most of their films finished as the second feature in cinemas. Force Of Evil lasts for 78 minutes because Republic was not prepared to pay for any more celluloid and minutes. This meant that Polonsky and Wolfort had a problem. Tucker’s People is important because of its ambition and message. The gangsters are a metaphor for the limitations of modern capitalism and high finance.   Joe talks a lot because there is much to explain, how the numbers racket works, how a monetised social system corrupts the soul, how the 1% do what they can to rig the market and how the blurred distinction between capitalists and the not so rich businessmen and merchants causes confusion in those who are loyal to the system.  But Joe is obliged also to be personal. Realising his ambition has been manipulated by the powerful, Joe talks of disillusionment and the change in his feelings. He is loyal to his brother Leo, and there are conversations between the two of them. And, when he is not doing that, Joe has to persuade Doris to fall in love with him.

Force Of Evil is packed tight with exposition and conversation.   When the film first appeared in the States, the critics were sniffy.  None of them noticed that much of the dialogue was in blank verse. The film had to arrive in Europe for critics to be alerted but even then nobody attempted to explain why.  This is my theory.  Polonsky and Wolfert had to do something with all that talk. Most B movies have simple plots and basic themes. Rather than simplify the script, Polonsky and Wolfert wallowed in the exposition and used the trick made famous by Shakespeare.  Blank verse not only added poetry to Force Of Evil, it squeezed two sharp writers out of a tight corner. If talky Joe had done nothing but explain the plot, we might not have been seduced by the glorious language but Joe is a smart guy.   He has a corrupt society, the temptations of capitalism and his emotional frustration to discuss. ‘I didn’t have enough strength to resist corruption but I was strong enough to fight for a piece of it.’   Most of the time, when the fighting starts and supposed victory is experienced, the memory of the earlier and more important failure is obliterated. But Joe has more than a memory.  He has brother Leo to protect, and Tucker, the man who will help Joe become rich after they rig the lottery result, wants to bankrupt the small time operators including brother Leo. Joe realises that he is not the wise guy he thought. ‘I feel like midnight and I don’t know what the morning will be.’ Even without the metre of the verse that sounds impressive.

Force Of Evil may not capture all the misgivings that we have about the way we live in the modern world but it feels as if it does. Joe sums up the desire of the capitalists for profit and their contempt for ordinary people. ‘Money is something that goes to waste in other people’s pockets.’ Ira Wolfert described the capitalists as ‘the bosses that I hate’. Force Of Evil is sympathetic to those who work in the market. It is the 1% who call the shots that are the villains. Robber barons, and not perfect competition or the free market, define capitalism. Joe is a lawyer for one of them, Tucker, but Leo his brother worked hard to give Joe opportunities.  Joe responded to the jungle around him and fought and used his brains but he had privileges denied others. Privilege has a habit of attracting compound interest. After the sacrifices his brother made, Joe met Tucker. ‘He opened his wallet, and I jumped in headfirst. I sat there and measured my strength.’ The relentless competition affects everyone. Even the big boss Tucker feels insecure.  ‘Of course, I trust you, Joe. I just want you to know how worried I am.’

Most film noirs hide the cheap sets in shadow and low light. In Force Of Evil there are two suspense scenes shot in shadow but the rest is in bright black and white. The décor is plain but classical, and, because the characters operate in their own psychological worlds, they have physical space around them. In the waiting area outside the courtroom, characters move away from one another and reappear.   It is theatrical but dramatic and marvellous. The two memorable shots involve a staircase. Competition and rivalry reign, and the characters are not only in ascent or descent they have no idea what is up or down. Staircases confuse them. When the movie does go outside, there are impressive views of empty New York streets and a never to be forgotten final scene when Joe wanders down to the bay to find his dead brother. The daylight changes into sunshine, and people disappear. We realise that Joe is leaving the trappings of a crooked and twisted world. The music also has some fine moments. Its heavy chords we associate with religious ceremony, and they are a reminder that the spiritual battles that Joe is fighting have existed for some time. Ira Wolfert thought it was because the bosses have always run the show. The less political look for religious themes and note the biblical references in the script. Others resign themselves to believing it is how human beings are constructed.

Although the main concern of Force Of Evil is the need for defiance and its importance to the human spirit there is also detached protest about a flawed economic and social system. There is even optimism.   Joe Morse walks away from his brother and understands why a system based on greed has to be rejected. Leo lies dead at the side of the river, washed up like garbage because he was no longer useful to the bosses. The pun is both visual and literary.   Joe takes a final look at his dead brother before leading Doris away and towards the struggle that waits. ‘Something was wrong, and I decided to help.’ Compared to the previous eloquence these are simple words. There is a reason. Doing the right thing does not require complicated argument.  The obvious comparison is with the great radical novel, The Iron Heel by Jack London. In that novel there is also a rugged masculine American hero determined to challenge the oppression of the bosses. 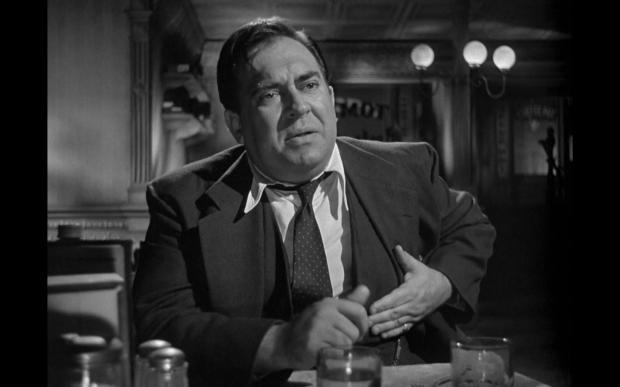 Force Of Evil, though, is much more than dull agitprop polemic. The script is sharp, witty, cynical, romantic and playful. Force Of Evil is the kind of knowing movie that Billy Wilder would have made if he were a socialist. Many years ago I read a review that was approving about the film but superior about the performance of Thomas Gomez as brother Leo. He has a different style from the naturalism of John Garfield who dominates the film as the complicated and tortured Joe but Gomez is believable as the powerless and desperate head of a small time operation. He sweats because he is overweight, scared and exasperated. Sultry Marie Windsor has three brief scenes. Windsor plays the bored wife of Tucker, and that is all we know about her but she adds sex to the other compromises that have corroded the soul of Joe Morse. Beatrice Person only made two movies, and the reason why remains a mystery because she is perfect as Doris the decent woman who will somehow love her man too much yet stand firm against his weakness and self-indulgence. 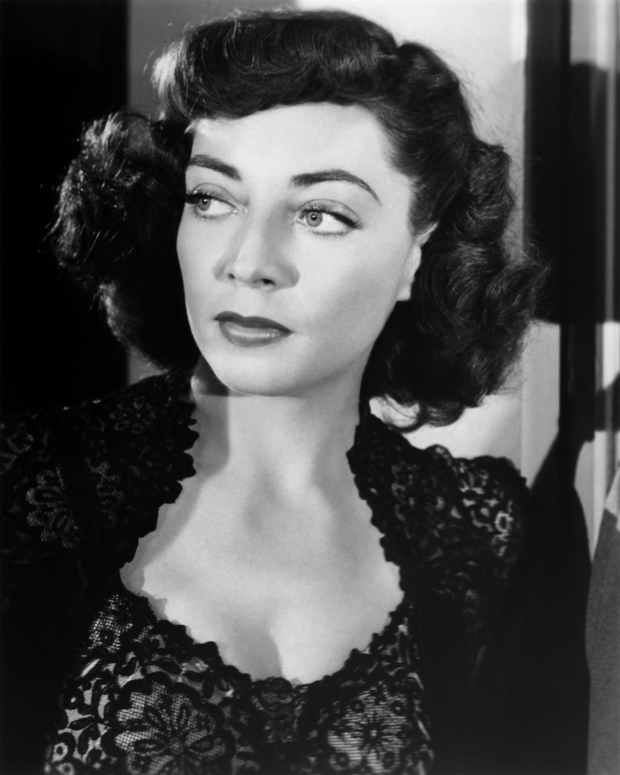 Above them all, though, is John Garfield. Not only does his voice caress the blank verse and hint at how his thoughts surprise even him, he adds complexity and meaning to what is already a rich brew.   When he says to Doris, ‘You wanted the ruby after all’, he adds baritone strength, and Joe becomes seducer, fighter and thinker.  In Body And Soul John Garfield was a boxer, and his performance was physical.  He keeps his body tight in Force Of Evil.  Joe Morse is a man shaped by a calculating mind. The drama happens between his shoulders, and the clues are the words that come out of his mouth.

The relationship between the two brothers is fundamental to what happens in the film but Joe has other reasons to resist the plans of Tucker.  He realises he will be betrayed because the success and money he has is wanted by others. Joe may have ambition and cynicism but he is unlike the gangsters. Joe wants the approval of Leo that is denied him but he is also indebted. The absence of any sense of debt and obligation is what makes the gangsters sinister. It is what happens to the rich and powerful and reduces them. The clash between materialism and having personal worth is teased out of the relationship between Joe and Doris. Joe does not understand people who do not want to take what is there, help themselves to the money that is around them. He regards this as failure. Doris wants more. She is aware that the obsession with money destroys life. She tells Joe that it is ‘being rich in death’. This is the argument against capitalism and it is more than political, it is personal.  In a rather pompous introduction to the movie Martin Scorcese describes Force Of Evil as both existential and political. He misses the point. As Sartre understood, the political is existential. It is why some of us persist in hoping for change and progress whatever our natures.