It is now competitive and it is not just the football.   Fans of Liverpool Football Club are now anticipating a place in the semi-final of the UEFA Champions League. In the first leg of the quarter-final Liverpool defeated the supposedly invincible Manchester City. After a 3-0 victory all that LFC needs is a half decent result in the return leg.   Gags Tandon, like most Liverpool fans, will be relishing what remains of the contest. The friends and admirers of Tandon call him The Podmaster.  The Anfield Index Podcast is not the only football podcast available to Liverpool fans.  Like Liverpool Football Club, it is obliged to compete with others. Both institutions need an audience.   So far Gags Tandon has done rather well. In the language of football, The Anfield Index Podcast has momentum. The creation of Gags Tandon is on a roll.

Success is more complicated than too many of the successful will have us believe.  Elites with vested interests to protect like to preach that success is determined by hard work and ability alone. Gags Tandon has those qualities but, more important, a generous nature and democratic spirit. The achievements and popularity of The Anfield Index Podcast would help anyone sleep at night and look into the mirror.  But success and achievement are never instant, and history invariably contains irony.  Sometimes that irony is transformed into the ace in the hole that all successful ventures need.

In the past the football fans that visited the stadium to watch the match would claim their attendance as a badge of honour. The assumption was that a fan had to attend the game to understand the nuances and complexities of a football contest. Lack of attendance at the ground also confirmed partial devotion.  In Liverpool its history intensified the sense of local pride.  The Anfield Index Podcast is not Scouse free. Local fan Graeme Kelly appeared on the Podcast and provided a memorable scoop.  He predicted well before the mainstream media the arrival of Jurgen Klopp. But unlike some of its rivals The Anfield Index Podcast has not attempted to have an authentic Scouse identity.  Gags Tandon is from Wolverhampton, and fellow stalwart, key contributor and ubiquitous editor, Nina Kauser, is even from Manchester. Nothing damns the irrelevancy of regional boundaries as much as a Mancunian revelling in another Liverpool victory or the realisation amongst Scousers that Kauser really does hate Manchester United.

Rather than reject those whose worship of the Football Club was obliged to be from somewhere distant The Anfield Index Podcast has welcomed the people that some fans dismiss as ‘tourists’. Two years ago Nina Kauser did a virtual world tour and talked to fans from different countries. Her interaction with people from around the planet revealed how much English football had been redefined by worldwide interest. The supposed weakness of The Anfield Index Podcast was transformed into a unique asset. The presumption that outsiders understood a key element in Liverpool culture was an irony that could have haunted The Anfield Index Podcast.  Instead, the irony became the ace in the hole.  Scousers were now discussing tactics and performances with fans not just from elsewhere in Britain but also from other continents.  The Anfield Index Podcast was conceived in a bedroom or study in Wolverhampton but, like Liverpool Football Club, it has become a global concern. Britain may have voted for Brexit but the producers and the fans of The Anfield Index Podcast rejected insularity and reached out to others. It is that act of faith, commitment, open-minded tolerance and trust that makes it special.

An ace in the hole, though, is not the same as the jewel in the crown. That acclaim belongs to something more specific and to something other than a phenomenon. The Podcast has a wide range of content. The number of shows available for listeners is impressive, and each show exists for a reason. The football podcasts mix shared celebration, nervous anticipation and detached analysis, and the others address different aspects of popular culture.  After every game Nina Kauser hosts a phone-in with angry or ecstatic callers. The show delivers extra post-match adrenalin when Liverpool has been victorious and therapy and the consolation of shared bewilderment after a defeat. Kauser is complex and interesting.  Not uninterested in glamour she combines modern urban cool with the no nonsense authority of Northern icon Mrs Merton.   Talking Tactics is chaired by Leroy Mah who has expertise and knowledge but sounds like he might be a shy man.  Somehow his self-effacing presence helps the show to be unusual and endearing.  A quiet man suits the emphasis on curiosity and ensures the avoidance of hysteria.  Dave Hendrick is anything but quiet. He has both listener appeal and a few enemies. Hendrick is just the right side of sanity, which, of course, adds to the excitement. Angry about the limitations of the human race he exists to challenge conventional wisdom and leave cerebral pretenders emotionally bruised. Hendrick must watch football matches in his sleep. His encyclopaedic knowledge and a compulsion to have an opinion about everything and everyone make him fearless. Dave Hendrick was quick to understand the weaknesses and flaws of previous Liverpool manager Brendan Rodgers. Both men are adept with words but it was no contest. Rodgers was abandoned by both Liverpool and the Premier League. Hendrick continues to share his considerable scorn for intellectual slacking.

But a jewel in the crown for football fans requires more than admiration and respect. Football fans are addicts, and their addiction requires an opiate that sustains the high of the drug.  The show Under Pressure was an instant hit. Gags Tandon is the host and he  is helped by three informed guests. Subjective opinion is dismissed as taboo. In Under Pressure all assertions have to be defined and justified by conclusive statistics. The pressure in the title refers to the number of presses by Liverpool players of the opposition team and perhaps the work that goes into preparing data for the show. Gags Tandon watches and re-watches football matches so that he can count and analyse every instance of when a Liverpool player has pressed an opponent. The instances also include the failures, so the collection of the statistics takes time. The pressing statistics collected by Tandon are then supplemented by any other performance analysis that is available. Under Pressure raises football commentary to another level and rejects the lazy platitudes of the generalists in the mainstream media.  For too long football journalists had assumed that all they had to do was sprinkle fatuous clichés on empty-headed match reports.

Visiting fans to Anfield, the home of Liverpool Football Club, have sung about the fans not being Scousers any more. Liverpool crowds have been described by rival supporters as tourists. Last Wednesday, Scousers and tourists combined to make a racket that frightened the life out of a very well paid football team. That crowd and The Anfield Index Podcast are noisy reminders of the new potential of English football and how it has changed. The Podcast is also proof that some successes require something more than the hard work and merit with which our masters lecture the unlucky and misnamed failures. Tandon appears to be a workaholic but there is also admirable rebellion within the man. Industry and dedication to self-improvement appeals to our rulers because they think such notions will persuade ordinary British people to be obedient. Gags Tandon and his crew work hard and they accept the demands of deadlines and the ever present need to expand and revise content.  But for all their industry and discipline they are anything but obedient. 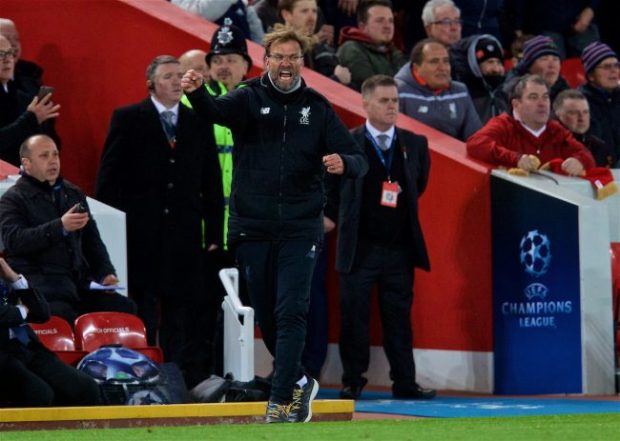