Most men make mistakes in their pursuit of love and female companionship. The majority survive but some need serious help. On the 2nd of October 1888 The Times contained a report about the female torso that was discovered in the foundations of Scotland Yard the day before. The body was decomposed, infested with maggots and missing a head, arms and legs. The Times correspondent admitted that it was a ‘horrible spectacle’ but he somehow decided that the victim was a ‘remarkably fine young woman’. We are obliged to wonder where that particular journalist found love and companionship.

In 1882, 554 corpses were recovered from the River Thames. 227 of these were given open verdicts by the coroners because no one was sure just what had happened. In 1887 there were 18,004 persons reported as missing. London had plenty of private detectives and they, the police and others located about half. Those located were returned to family and friends and/or the people the missing had walked away from.  Apart from the 85 suicides half of the 18,004 disappeared into the crowds of London.

Thankfully the victims that were killed, decapitated or dismembered were fewer. Most of them were women but not all. In 1857 a carpetbag full of male body parts was found somewhere around where beautiful Vivian Leigh met handsome Robert Taylor in the classic weepie movie Waterloo Bridge.   The owners of the carpetbag and the male body parts were not identified.   Even more gruesome was the discovery of a headless woman in September 1873.   Parts of the body were scattered across Battersea, Nine Elms and Woolwich but an additional frisson of horror was provided by the face and scalp that were washed up on the shore at Limehouse.

Almost twelve months later in June 1874 a headless body with no arms and just one leg was recovered from the riverbank at Putney. In 1879 a box washed up against the shore at Barnes. The box contained the torso and legs of Julia Martha Thomas. Her skull was subsequently discovered in Richmond in 2010.   Well before that in 1836 the head of Hannah Brown was found at the Regent’s Canal near Edgeware Road. In 1884 the unidentified head of a woman was found in a mews near Tottenham Court Road.

There are four more abandoned torsos and, because their discoveries occurred in a period that ranged from May 1887 to September 1889, they may or may not have connections with Jack the Ripper. Carpenter Frederick August Wildbore discovered the torso that was left in the foundations of Scotland Yard. The discovery happened the day after Liz Stride and Catherine Eddowes were murdered. The victim had been murdered some time before the torso was found. The torso had decomposed and was wrapped in a newspaper dated the 24th of August although that does not necessarily date the death of the victim.   Maggots cannot talk and they are invariably reluctant to be witnesses but in this instance they existed as important evidence. Dr Bond examined what was left of the body and concluded that the torso belonged to a 20 years old Caucasian woman, which may or may not have been a relief to the correspondent from The Times.

Whoever left the torso at Scotland Yard it took effort and a physical struggle. The Metropolitan Police Headquarters at Scotland Yard was in the process of being built, and the site was surrounded by a wall eight feet high. The embarrassment to the police caused by an abandoned torso in their new, essential and modern headquarters would be described by modern day football fans as serious banter. They All Love Jack author Bruce Robinson insists that the corpse was left by Jack the Ripper. Four days after Frederick August Wildbore stumbled over what he thought might be a slab of bacon a letter was sent to the Central News Agency by someone who signed himself as Jack the Ripper. The letter writer insisted he was not responsible for the torso left at Scotland Yard. Robinson thinks the letter was a fake prepared by someone in the Metropolitan Police to prevent the Ripper scandal being given a fresh and embarrassing dimension by the Press.   The timing of the Ripper murders and the discovery of the torso feel like more than a coincidence but not everyone will be as convinced as Robinson that the letter was a fake.   But its delivery to the Central News Agency, rather than the police or a newspaper, and it being sent so soon after the discovery of the torso justifies Bruce Robinson at least having doubts about the claims of the police. 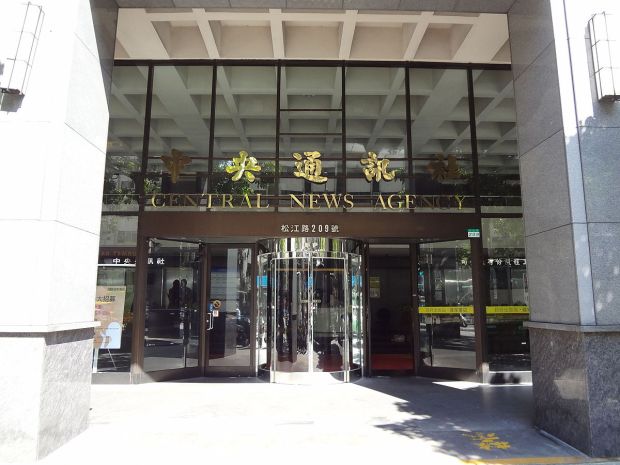 Less controversial but still chronologically relevant was the torso that was witnessed floating in the Thames near Rainham. The head, arms, upper chest and legs were missing. The sighting happened on the 11th of May 1887. In the next two months, 11 separate body parts were found along the Thames around Temple and Battersea and also in the Regents Park Canal. The head was not recovered.   The victim was a Caucasian woman aged between 25 and 40 years old.

In June 1889, and ten months after Mary Jane Kelly the last of the ‘canonical five’ victims was murdered, a female torso was found at Horsleydown in Southwark.   The torso was wrapped in an apron.   Body parts were found along the river at Battersea, Nine Elms and Limehouse.  Again the head was not recovered but the victim was identified.   The name of the victim was Elizabeth Jackson. She was a prostitute who lived in Chelsea. Elizabeth was eight months pregnant when she was murdered. If the torso crimes had a common murderer then there were many missing heads or mementoes, something to kiss at night before a twisted killer went to bed.   As in the disposal of the body at Scotland Yard, there was a hint of sly macabre humour. The right thigh of Elizabeth Jackson was left in the garden of a house in Chelsea Square that had belonged to Percy Shelley.   The thigh may have been a reference or even a tribute to the novel ‘Frankenstein’ by Mary Shelley. A thigh in the garden would have been one less limb for the famous crazed scientist to worry about.

Before the summer of 1889 had disappeared there was another appearance by a torso. This time the discovery was made by a policeman.   On the 10th of September 1889, Police Constable Bennett was walking his beat in Pinchin Street. Under a railway arch the policeman found a female torso wrapped in a piece of old chemise. The head and legs were missing. As with the body found in the foundations at Scotland Yard, the body was decomposing. The smell of putrid flesh had made PC Bennett curious. He has to be given some credit for persisting. The hands of the victim did not indicate that they had been used for manual labour.   Although the identification was never confirmed a news agency speculated that the victim was Lydia Hart a local prostitute. Hart had disappeared a few days before the torso was discovered.   The abdomen was mutilated, and comparisons were made with the injuries suffered by the Ripper victims.   A journalist claimed that the womb of the victim was missing. James Monro was Commissioner Metropolitan Police in 1889. In a police report he observed that the estimated date of the murder of Lydia Hart was the 8th of September, which coincided with the anniversary of the murder of Ripper victim Annie Chapman. 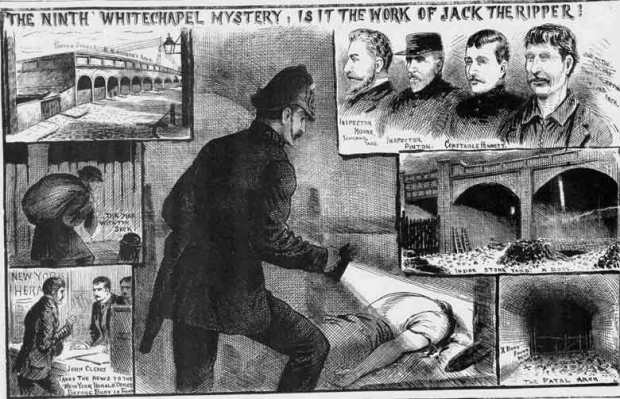 Anyone who denies the possibility that the four torsos discovered between 1887 and 1889 belonged to victims of Jack the Ripper has to accept the premise that in those years there would have been two savage serial killers operating in London.  Nine female torsos were discovered in the years between 1873 and 1889, and four of them were decapitated and dismembered in the two years the Ripper was operating. The coincidence is sinister.   Afforded for his murder of Mary Jane Kelly the discrete comfort of a living room in Miller’s Court the Ripper was far from satisfied with mere disembowelling.   He was more than capable of altering his methods to suit circumstances.   The truth is that none of it adds up. Throwing bodies over walls eight feet high amounts to something more than a prank. The torsos may have been a consequence of ad hoc crimes by violent men and criminals, and the decapitations were nothing more than an overcomplicated attempt to destroy evidence. It is the admittedly small peak in numbers around the activities of the Ripper that should make anyone curious as to what happened. The possibilities are not exclusive. Not just the Ripper but also others may have left torsos behind. If only we knew what happened. There have been plenty of suggestions but the proposals defer rather than encourage decisions.   Some mysteries deserve to be accepted for what they are, events without explanation and as strange as the remark from the correspondent from The Times who imagined a ‘remarkably fine young woman’ amongst the maggots.

Howard Jackson has had seven books published by Red Rattle Books including novels, short stories and collections of film criticism.   If you are interested in original horror and crime fiction and want information about the books of Howard Jackso02n and the other great titles at Red Rattle Books, click here.