In a UK population of 60m people there are over 200,000 freemasons. Over 90% of these are men, and apart from the Grand Lodge of Freemasonry for Men and Women, the typical Masonic Lodges are not unisex. They are gender specific.   Women who become men are allowed to be freemasons. Men who become women are not. For a freemason a man becoming a woman is too horrible to contemplate. According to their banner headlines the freemasons in the UK each year collect £33m for charity. Although welcome this is not as impressive as it sounds. It amounts to £165 per year per member or a monthly donation of less than £14. Freemasonry is restricted to those whose income will permit them to pay their fees of £240 a year and make contributions to charity ‘without harming their family’. But freemasonry also includes many of the rich and powerful. With a few sticky envelopes and without getting off their backsides any charitable organisation that had 200,000 affluent registered supporters would soon raise £33m.

Those outside the organisation imagine a bunch of old white men who like to take themselves seriously and who need rituals to grant them superiority and self-importance. But the people who become freemasons will have their own reasons. Louis Armstrong, Count Basie, Nat King Cole and Duke Ellington were all freemasons. They belonged to the Thomas Waller Lodge No. 49 in California. The Lodge operated as a community and possibly a retreat for Afro-American musicians. More surprising is the membership of the scabrous and outspoken comedian Richard Pryor. Perhaps he was a member of the same lodge as the musicians and joined to attend the lively parties. The membership of Marx, Freud and Einstein, though, is bewildering.

The alleged freemason conspiracy that prevented the arrest of Jack the Ripper is often conflated with the accusation that the assassin was a member of the Royal Family. The allegation first appeared in Jack the Ripper: The Final Solution by Stephen Knight. According to Knight, the murders were committed by Sir William Gull the doctor to the Royal Family. He did it to protect the secret that Prince Albert Victor had married Annie Crook, a poor Catholic girl.   The allegation, which inspired a couple of half decent movies, was soon dismissed as nonsense. Gull was too infirm to kill anyone, and the Prince was not even in the country when he was supposed to have married Crook.

In They All Love Jack the author Bruce Robinson argues that the conflated theory and its inevitable absurdities has deflected attention away from the role of freemasonry in the crimes of Jack the Ripper.   Robinson feels that Knight was conned into publishing a story that could be exposed as ridiculous and in so doing facilitate a pardon for the freemasons. Robinson states that ‘concealing the Ripper was not a masonic conspiracy but a conspiracy of Her Majesty’s Executive who almost without exception were freemasons’. Ernest Parke the Editor of The Star newspaper exposed the Cleveland Street scandal in 1889 but before that in 1888 he commented on the failure of the police to apprehend Jack the Ripper.  He stated ‘that they are interested in concealing his identity’. 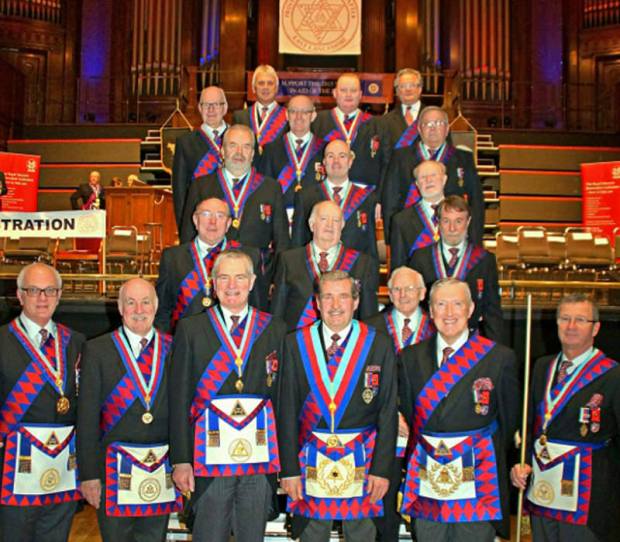 The authors Paul Begg and Philip Sugden are marketed by their publishers as serious authorities on the crimes of Jack the Ripper. In The Complete History of Jack the Ripper by Sugden there are no references to freemasons in the final index. In Jack the Ripper: The Facts by Begg there is just one reference to the Brotherhood in the final index  In They All Love Jack there are 10 references but they refer to items on 150 different pages. In Jack the Ripper: The Facts, Paul Begg uses less than half a page to spuriously dismiss the notion that the writing on the wall in Goulston Street could have been a reference to freemasonry. We are all entitled to doubts about what the writing may or may not have meant but the argument by Begg does not convince and it reads like knee-jerk defensiveness.

Bruce Robinson argues in They All Love Jack that the Ripper was a freemason and the murders resembled the rituals of masonry. He adds that the police knew which freemason was the murderer and concealed it from the public.  Freemasons respond that despite its 800 pages and exhaustive research They All Love Jack is misguided. They claim that the similarity between the murders and freemason rituals is slight.  They also reject the Robinson candidate for Jack the Ripper. No doubt Robinson can overegg an argument. It is possible that he, like Stephen Knight, is also guilty of conflating two events. Robinson is perhaps too ready to unite the Jack the Ripper murders with the Maybrick mystery in Liverpool.

Not everyone is convinced that the inverted triangles cut under the eyes of victim Catherine Eddowes were intended as serious Masonic symbols.  But the murders do not have to qualify as exact replicas of freemasonry ritual for us to suspect that Sir Charles Warren the freemason Metropolitan Police Commissioner would have worried that they might be. It is odd that it took 100 years for information about the marks on the face of Catherine Eddowes to enter the public domain.   And what happened during the murders is bizarre. Wombs were removed, rings taken from fingers, pockets were cut open and polished coins left at the side of bodies. The entrails could have been put to one side by a murderer in a hurry but they may have also been carefully arranged.  If that was not enough, there is the writing on the wall at Goulston Street that may or may not refer to the three men who killed the architect of King Solomon’s Temple. Take the coincidences too far and it sounds like tortuous conspiracy theory but the coincidences do exist and they invite curiosity.   Doubt about the coincidences is reinforced by the response of the authorities. Although it existed as vital evidence Sir Charles Warren ordered the writing on the wall at Goulston Street to be removed. The Telegraph referred to polished coins next to the body of Annie Chapman yet Dr Phillips did not mention them in his autopsy report or his testimony at the inquest. The coins became known as ‘the mysterious coins’. Freemason ritual includes the quote, ‘Whatever he or she has about him made of metal is taken away – money in pockets is taken away’.

The murder of Mary Jane Kelly, the last of the ‘canonical five’ was the most horrific of all. Comparisons have been made with the biblical descriptions of the vengeance of King Solomon. The comparisons can be considered as the inevitable similarities that follow from the behaviour of a psychopath indulging his violent fantasies and maybe deserve to be.   No one, though, can conclude with certainty that the similarities are just coincidences. We are obliged to wonder and be uneasy. After the murder of Mary Jane Kelly, the police, press and even the Vigilance Committee became silent. What should have produced outrage sparked nothing more than silence. The suspicious believe that at that point, when the role of freemasonry was obvious, the conspiracy became universal. George Lusk the chairman of the Whitechapel Vigilance Committee was a freemason and lost interest in the arrest of the Ripper after the murder of Kelly.   The extent of freemasonry amongst Victorian journalism is not documented. It may have been non-existent, and the subsequent silence of the Press was nothing more than stomachs being turned by the excesses of Jack the Ripper.   Curiosity and fascination were replaced by repulsion and withdrawal. 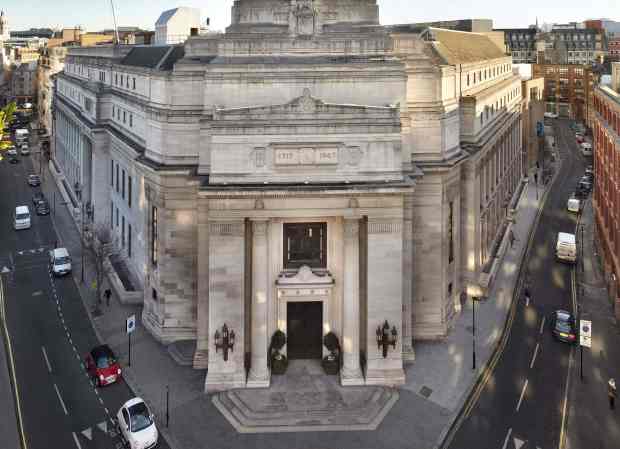 Sir Charles Warren Commissioner Metropolitan Police was both a freemason and a Knights Templar and had earned fame excavating the cellars of King Solomon’s Temple. As Bruce Robinson stated, Warren was surrounded by other freemasons including the Prime Minister Lord Salisbury.  Wynne Baxter the Coroner who presided over six of the inquests of possible Ripper victims was a freemason and so were most of the doctors who performed the autopsies. Ritualised and inexplicable murders and an odd slogan on a wall would have made the authorities nervous about possible revelations and persuaded the police to keep the Press at a distance. This, though, is not the same as concealing the identity of a person responsible for savage murders. Victorian hypocrisy had a vested interest in apprehending Jack the Ripper and quelling the social unrest of an uneasy society.   Perhaps the Ripper was discovered and quietly thrown into the Thames or abandoned to an asylum for the rest of his life. But if that happened no one has discovered any evidence of concealment of such treachery. 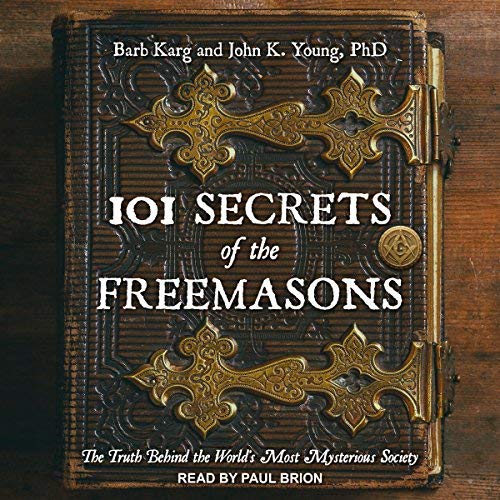 The middle ground is a dangerous place to occupy and is loaded with tempting deceits but based on what we know it is in this instance the safest place for retrospective analysis. Today all that can be concluded is that the authorities were high-handed. They preferred to work in secrecy, avoided accountability whenever they could, resisted and resented scrutiny, and, because most of them were freemasons, were disturbed by the possibility that Jack the Ripper might be a member of a Lodge. To assume the Metropolitan Police knew the identity of the Ripper is to credit them with a competence for which there is little evidence.  We only have to read about the suspects they identified as possibilities or alternatives. After retirement the highly rated and popular Inspector Abberline revealed the limitations of the Metropolitan Police when he nominated George Chapman as Jack the Ripper. He compared a calculating man who married women and poisoned them to a wild impulsive creature who randomly attacked prostitutes in the street. Sir Charles Warren and his people were not even close to discovering the truth.   Neither were they free of freemason paranoia.