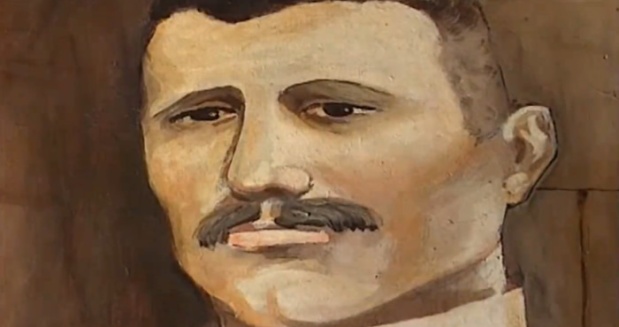 This is how Aaron Mordke Kosminski became a known suspect to Ripperologists.   In a police report dated February 1894, Sir Melville Macnaghten, who subsequently retired as Assistant Commissioner of the Metropolitan Police, identified three suspects that included Kosminski. Criminals And Crime was published by Sir Robert Anderson in 1907. He had retired as Metropolitan Police Assistant Commissioner in 1901. In Criminals And Crime, Anderson claimed that the Ripper ‘had been safely caged in an asylum home’. Criminals And Crime had a sequel by Anderson called The Lighter Side Of My Official Life. This was published in 1910. This time Anderson revealed that ‘the suspect had been identified at the Seaside Home’.   There is a sentence in the memoir that deserves to be reproduced in full. ‘I will merely add that the only person who ever had a good view of the murderer unhesitatingly identified the suspect the instant he was confronted with him; but he refused to give evidence against him.’

There is more. In 1959 TV presenter and journalist Dan Farson discovered an alternative copy of the 1894 report by Macnaghten. This second copy was the property of Lady Aberconway and differed slightly from the copy held in Scotland Yard. In the first copy Macnaghten describes Kominsky as a ‘strong suspect’. In the Aberconway version Macnaghten states, ‘This man in appearance strongly resembled the individual seen by the City PC near Mitre Square’.  In both versions Macnaghten provides information about Kosminski.   He lived in Whitechapel, had a ‘great hatred of women’ and ‘strong homicidal tendencies’. Because of ‘many years indulgence in solitary vices’ Kosminski had become insane. 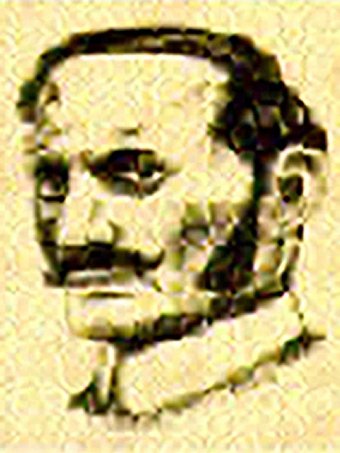 There is still more.   In 1980 the daughter of Chief Inspector Donald Sutherland Swanson died and amongst what she left to her nephew and grandson was a copy of The Lighter Side Of My Official Life by Anderson. Swanson had made notes in the margins. At the bottom of page 138 he wrote that as well as the witness who saw the Ripper ‘the suspect was also a Jew and also because his evidence would convict the suspect, and witness would be the means of murderer being hanged which he did not wish to be left in his mind.’  Swanson added in the margin, ‘And after this identification which suspect knew, no other murder took place’. At the back of the book Swanson, like Anderson, referred to the suspect being identified at the Seaside Home. According to Swanson, the suspect Kosminski was watched by the police at the home of his brother-in-law before ‘in a very short time’ he was referred to Stepney Workhouse and then Colney Hatch asylum ‘where he died shortly afterwards’.

All this deserves a summary. A retired senior policeman states that the Ripper was Jewish and known to the police. One of his colleagues writes that the suspect was identified by another Jew who was reluctant to give evidence, and another confirms the name of the suspect as Kosminski and explains what happened to the suspect.   It is not, though, that simple.   The loose ends and blind alleys contained within the three records have led Ripperologists around in circles for the last twenty years.

Kosminski did not die shortly after he was identified as Jack the Ripper.  Swanson made an error. Kosminski was committed to Colney Hatch in 1891 and lived there for another 28 years. His keepers described him as excitable but not violent. The symptoms of his insanity included a refusal to work, wash and accept prepared food.  He preferred to eat what he found in gutters.  His weight in 1919, the last time Kosminski was weighed, was recorded as six stone twelve pounds.   It is possible that his symptoms and emaciation appeared after he stopped or was prevented from killing women. This explanation, though, feels convenient and glib. In 1891, Jacob Cohen certified the committal of his brother-in-law Kosminski to an asylum. Cohen stated that his brother-in-law had not done any work for years. It is difficult to imagine an unemployed and already strange Kosminski persuading prostitutes that he could pay for sex. 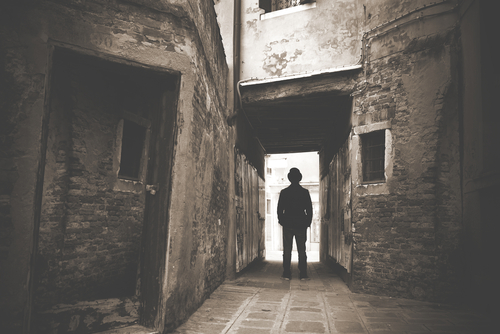 There is doubt about whether Kosminski is the correct insane Jewish suspect. The unrelated David Cohen was also committed to an asylum for being generally unpleasant and excitable. Cohen died soon after his committal. There is not other evidence, though, against Cohen. He was identified as a possible suspect before the name Kosminski was located in asylum records.

Somewhat baffling, there has been debate about when the identification took place. The ‘Seaside Home’ phrase by Anderson is recognised as police vernacular for the Convalescent Police Seaside Home, 51 Clarendon Villas, Hove.   The Home opened in March 1890, and Kominski was committed to a workhouse on the 4th February 1891. Before the end of the month he was committed to Colney Hatch Asylum.  If he was observed for a few days after the identification, Kosminski was not interviewed before January 1891.

Two names have been nominated as the witness who identified Kosminski as Jack the Ripper. They are the two witnesses known to be Jewish. Joseph Lawende saw a man in Mitre Square talking to Catherine Eddowes shortly before she was murdered. Israel Schwarz witnessed a man throwing Liz Stride to the ground the night she was killed. The favourite is Joseph Lawende because Swanson referred to Kosminski being observed day and night by City Police before he was committed to a workhouse. The murder of Eddowes occurred in the area covered by the City Police. Liz Stride was murdered in Whitechapel, which made it a matter for the Metropolitan Police. This reference to the City Police observing the house of the brother-in-law implies that the witness is Lawende. He was in the City area when he saw Catherine Eddowes talking to a man before her death. But the notes of Swanson are unreliable. Swanson alleged incorrectly that Kosminski died shortly after arriving in the asylum.

Macnaghten mentions that a City PC saw the Ripper at Mitre Square. The PC who reported seeing a victim with a man was PC Smith. He, though, was not at Mitre Square. He was the witness at Berner Street where Liz Stride was murdered.  He was also a member of the Metropolitan Police.

So far we have unreliable and inconsistent accounts from three senior policemen that probably spent most of their careers avoiding confrontations with criminals. Constructing theories around assertions that may or may not be true is difficult. In The Complete History of Jack the Ripper author Philip Sugden makes a honourable and impressive attempt to piece the contradictory evidence together. But he is obliged to accept some of what Anderson, Macnaghten and Swanson alleged and then use it to dismiss their other inconsistent assertions.   The main suspects the police identified are Montague Druitt, Aaron Kosminski, Michael Ostrog, George Chapman and Francis Tumblety.   Apart from Kosminski the list includes a calculating poisoner, a harmless depressive suicide, an American so old and large he defied any witness descriptions of the Ripper, and a con man and trickster.   There is nothing wrong in being curious about the possible clues left by Anderson, Swanson and Macnaghten but neither is there an obligation to have serious regard to the ramblings of retired administrators whose value consisted of their bureaucratic skills. None of the detectives who were closer to what was happening on the streets of Whitechapel confirmed the choice of Kosminski as Jack the Ripper. Inspector Abberline said this after he retired, ‘I know that it has been stated in several quarters that Jack the Ripper was a man who died in a lunatic asylum a few years ago, but there is nothing at all of a tangible nature to support such a theory.’ Or in other words all the analysis by Ripperologists of the thoughts left behind by Anderson, Macnaghten and Swanson is supposition, as are indeed the remarks themselves.

What we have is that three senior policeman suspected a Polish Jew called Kosminski. The same policemen believe he was identified by a witness who refused to testify.   This is what may have happened. Both Anderson and Swanson mention the Seaside Home,  This means the identification took place around the end of 1890. Kosminski was not a physically powerful suspect that developed odd behaviour. He became a target for the police when he was a nuisance, very odd but vulnerable. The Complete History of Jack the Ripper author Philip Sugden asks why it took two years to arrange this identification.   It needed Kosminski to become a nuisance on the streets of Whitechapel, which happened around the time that Anderson was perhaps putting on pressure to have an arrest so that he could retire in glory. The word suspect is inaccurate. A better word was used by Sam Spade in The Maltese Falcon. Because the police are a threat to the protagonists, Spade argues ‘what we need is a patsy, a fall guy’. The man he chose was the popular choice, which is what Kosminski was in 1890. He stank, uttered vile threats and oaths to women, masturbated in public and was not even English. 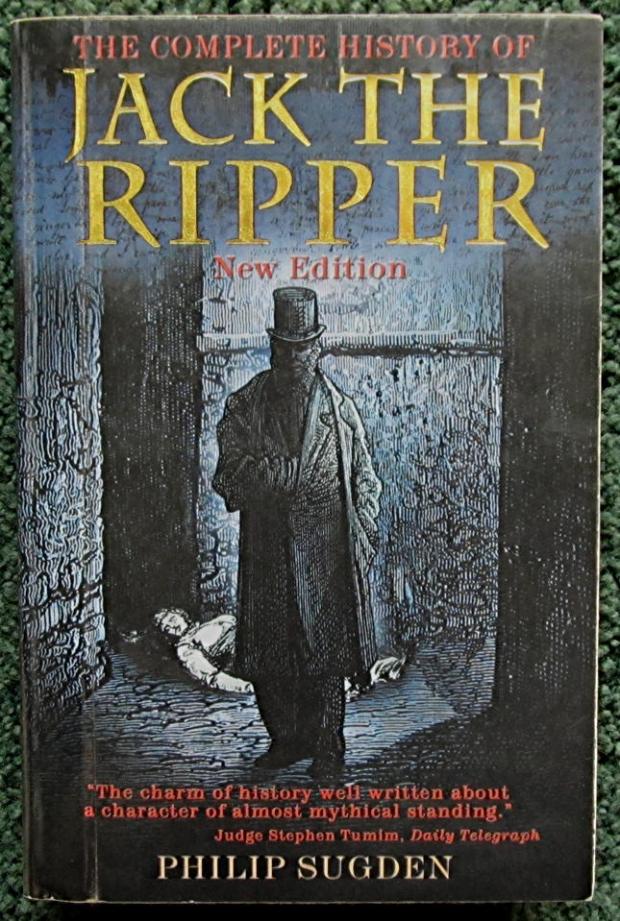 Philip Sugden writes ‘it is difficult to know why it was considered necessary to take Kosminski to the Seaside Home…’ The answer could be simple. The police were being secretive because they wanted to frame Kosminski and they wanted safe ground where they could transgress the law. The police collected their man and headed to the seaside for a discrete frame up.   Macnaghten refers to Kosminski being taken to the Seaside Home in secrecy and with difficulty. No other witnesses were called to identify Kosminski, perhaps because the police did not want anyone who could testify that Kosminski was not the Ripper.  The popular choice as witness, Joseph Lawende, did not even have a good view of the Ripper.  He saw him from behind.  Equally unforgiveable, Kosminski was identified without other participants in a line up. I suspect that Lawende refused to cooperate in what was corrupt police behaviour.  Desperate to justify himself, Anderson claimed, and possibly believed, that Lawende refused to testify because he would not betray another Jew. The evidence suggesting malpractice may be thin but if senior policemen write careless nonsense, they deserve what is thrown their way.