First, folks, give poor Walter White a break.  He did not destroy a Boeing 737 aeroplane and cause the deaths of its 167 passengers.  Neither was he responsible for the damaged pink and less than poignant teddy bear that fell from the aircraft and landed in his swimming pool.  The plane crash was an accident and a consequence of circumstances beyond the invention of mere human beings even those created by omnipotent scriptwriters.  Walt was not at his best when he let vulnerable, attractive but tiresome Jane choke on her own vomit while she was sleeping after taking heroin.  Poor Walt was under pressure and had his reasons.

His presence in the bedroom where Jane and Jesse slept was a consequence of benevolent intentions.  Walt wanted to rescue Jesse from decline and make amends for previous misunderstandings.  Mr White knew he was not behaving well in letting Jane die.  This is why he said sorry although in not a very loud voice and why his action haunted him.  In a subsequent episode of Breaking Bad Walt confessed that he wished he had abandoned making crystal meth the moment before Jane died.  But in other moments Walt must have remembered how Jane was a destructive force.  The woman was blackmailing Walt and leading Jesse to a life of heroin addiction and self-destruction.  That was how a not disinterested Walt saw the situation and a troublesome young lady.  Poor Walter White was not to know that the father of Jane was guilt ridden and would soon let his mind go astray while looking at air lanes on his computer screen.  By letting Jane die Walt may have created the sequence of events that led to 167 aircraft passengers being killed but there is something called air traffic control and, in case we forget, the aeroplane did have a pilot.

In interviews Breaking Bad creator Vince Gilligan has traced the destruction of the aeroplane to well before the moment Walt lets Jane die or, if we want to be judgemental, commits murder.  Previously Walt had planned to make enough crystal meth to earn $737,000, and it is that commitment or desire for financial security that initiates a sequence of events that lead to the carnage inside a Boeing 737.

Forget the chaos theory for the moment and the idea that all the events in the past make inevitable what will happen next.  More people than Walt are making decisions in their daily routine of survival and progress.   We all leave behind unintended consequences.  If Jane had stayed loyal to the drug recovery programme and if Jesse and her father had been made of sterner stuff, the damned aeroplane would have landed safely.  And before that there is Hank showing off to Walt and boasting how much money can be made from dealing in crystal meth.  We also have to wonder what would have happened if Skyler had not insisted on the toe curling party to celebrate the news that the treatment for the cancer of Walt had been successful.   Unintended consequences exist and have to be recognised.  They can and do explain history.  What they cannot do, though, is allow us to point the finger at inadequately informed individuals swamped both by fate and the unintended consequences of others. 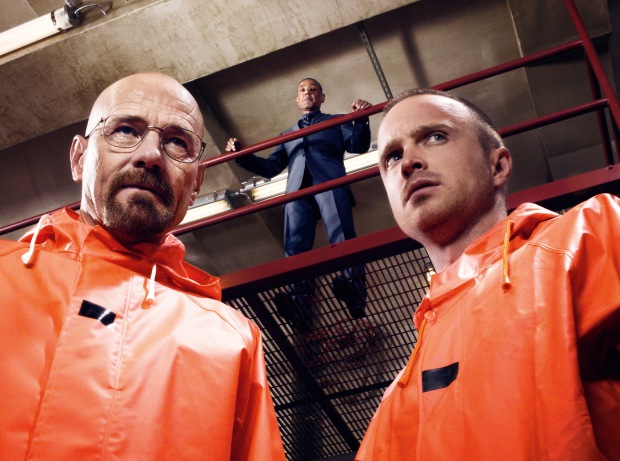 The story of Walter White is gripping and presented in brilliant fashion, and for that to happen the fate of Walt is determined often by accidental events, not all of which are negative.  Think of all those narrow escapes.  These accidental events lead Walter White to discover not just the dark side of his character but realise how it can be satisfied.  There are actions for which Walt is responsible.  Even some of the minor incidents involving Walt are repellent, his manipulation of Skyler and how he bullies his son into drinking tequila.  But unintended consequences for human beings bounce around like the balls in a pinball machine and with the same speed.   The game is called fate.

Neither is the alternative to avoiding unintended consequences pleasant.   Life should have surprises.  Walter is condemned as being a villain when he becomes Heisenberg and embraces uncertainty.  Heisenberg was the name of the physicist who identified in quantum physics the uncertainty principle.  Not all writers are as conservative as the creators of Breaking Bad.  More than a few have argued that a life defined by outcomes that can be anticipated with certainty is doomed to be joyless, something to be endured rather than experienced.  The successful endure in comfort but their affluence is no guarantee of happiness.   Empty spirits, they need the satisfaction of having the poor around to categorise as failures.  The emptiness of nothing but predictable consequences may be what Walter White ponders while he flicks matches into his swimming pool and responds to his cancer diagnosis or when he has to listen to Skyler give the embarrassing speech at the celebratory party for Walt.

Sometimes a person just has to roll the dice and see what happens next.  The novel The Dice Man by Luke Rheinhart appeared in 1971.  The notion behind the book is simple.  The hero Rheinhart lets the dice decide what he will do next.  For some time Rheinhart has wanted to have sex with his neighbour Arlene.  After rolling the dice Rheinhart visits next door with the intention of raping the woman he desires.  Fortunately for Rheinhart, and probably the rest of the book, Arlene is a willing sexual partner.  Rheinhart then organises his life around throws of the dice.  He attracts followers, and the movement he inspires threatens society and meets resistance from the establishment.  There are lots of unintended consequences, plenty of fun but also some chaos and casualties.   The Dice Man is hippie nonsense that should offend anyone with half a brain but also a great read.  Rheinhart, the author, redeems the tale through his down to earth humour.    He also makes an impressive attempt at imagining what would happen if we all had the nerve to roll the dice and ignore and defy unintended consequences.   Walt may be a flawed human being but he rolls the dice.  It leads Walt to making drugs that damage people and to the murder of both the guilty and the innocent.  That pure moment when the dice are rolled by Walt, though, cannot be ignored.  Without it he would not in the final episode be able to say, ‘I did it for me.  And I was good at it.  I felt alive.’

The novel An American Dream by Norman Mailer lacks the sardonic tone of The Dice Man.  The gifted Mailer was not without a sense of humour but it disappeared when he sat at a typewriter.  Rather than rape the next door neighbour the Mailer hero Rojack has a drunken argument with his wife and kills her.  After the murder Rojack imposes his will on the maid Ruta in her bedroom and the two of them have sex.  This is really rolling the dice and not giving a damn about consequences unintended or otherwise.  Walt is freed by the threat of his premature death.  Rojack feels alive after killing his difficult wife and having sex with the tormenting fantasy downstairs.

An American Dream divided critical opinion.  Feminists argued that Mailer was using the need for existential authenticity to justify his misogyny.  Even the male critics were divided.  Joan Didion, though, described the book as ‘the only serious New York novel since The Great Gatsby’.  Much of An American Dream is now repellent to a modern reader and, although always informed by curiosity and intelligence, it has nothing that compares to the imagination, wit and brilliance of Breaking Bad.    Yet the unpleasant arrogance of Mailer provides something beyond what the understanding and reasonable Vince Gilligan cannot.  Mailer has conviction and is argumentative but if he is a destructive force whose adolescent views on masculinity should be condemned his plea for authentic experience and identity remains intact.  The arguments in An American Dream may be rooted in narcissism and selfishness but they are like the crystal meth cooked by Walt and Jesse, dangerous but pure.

Breaking Bad is marvellous television and incomparable but its references to Walt Whitman and authentic existence fail to explain the principles of the poet.  Instead the references to Whitman are used to do no more than give a glimpse of the emotional needs of poor suburban Walt.  This reticence allows the scriptwriters to sit on the judgemental fence and be haughty about unintended consequences.  This is having your existential cake and eating it.  Whatever his critics and authors think Walt cannot be denied those moments when he embraced uncertainty and defied his emasculation in suburbia.  No wonder he died with a smile on his face.  And as the timid also leave behind their own unintended consequences, which is where the chaos theory came in, that final sly smile of Walter White cannot be begrudged.