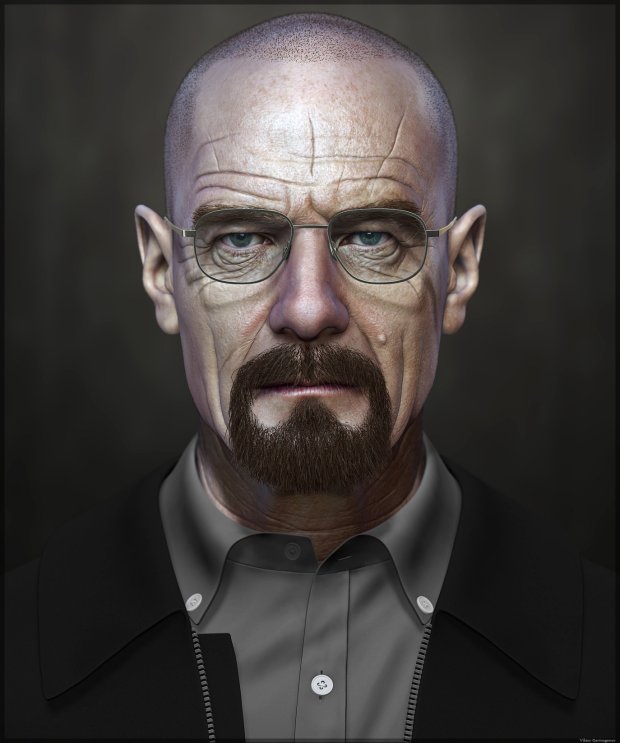 Using the name Heisenberg for Walter White in Breaking Bad made sense but not in the way assumed by some TV critics.  The Heisenberg principle does not refer to alternative identities.  Defining any quantum physics theory in simple language is dangerous but here goes.  The physicist Heisenberg asserted and demonstrated that there is a fundamental limit to the precision with which a pair of properties of a particle can be known.  The more precise the position of a particle is known the less precise is the measurement of the momentum of the article.  Despite the subsequent fuss about the discovery and how smart Mr Heisenberg must have been the philosophical implications of this idea are limited.  The calculations arriving at the conclusion, though, filled up several very large blackboards. 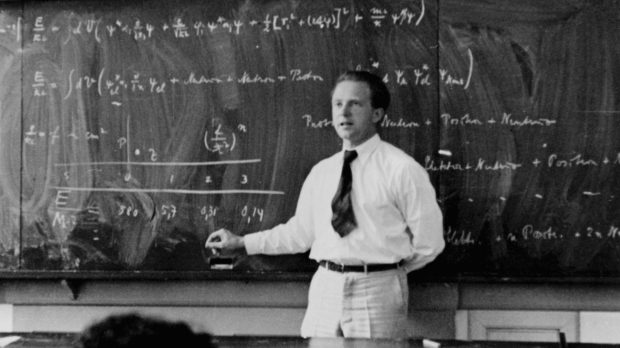 But apply the Heisenberg theory to Walt and his behaviour and we realise that the more we see him move or act the less we know about his contradictory personality.  This mystery is something we share with Walt because he is as confused about his nature, intentions and purpose as the rest of us.  Yet before the final episode the character of Walt feels overextended.  Instead of merely being a man whose criminal activity has desensitised him and added a brutal edge to his character Walt has now become evil.  Vince Gilligan and his crew are too talented and creative for the final episodes not to have their moments.  The final season of Breaking Bad is entertaining and remains impressive but it is flawed.   Walter White becomes an unequivocal monster.  His facial expressions and smirks may add gothic amusement for fans but they are more appropriate to a B horror movie.  To those of us who had become used to the previous complex and subtle characterisations by Gilligan and his writers this new Walter was a disappointment.

Before season five the notion of evil as an entity was resisted by the Breaking Bad writers.  In the climax of season four Gilligan and his team skilfully enabled Walt to kill master gangster Gus.   In season five the notion of evil and the Edward Hyde transformation were too easily embraced.   Prior to that we had seen a man of flaws and strengths who responded to various circumstances and events in different ways.  The moral decline of Walt was obvious and believable but, like the moral progress made by Jesse, it was also complicated and uneven.   Jekyll understood he was ‘not the chief of sinners nor the chief of sufferers’.  And neither was Walt before season five appeared although some people would have preferred it to be that way.

Robert Louis Stevenson based The Strange Case of Dr Jekyll and Mr Hyde on a dream.  The book is different from the famous movie adaptations.  The drama of Dr Jekyll happens unseen behind a closed door, something like the one in the painting by Georgia O’Keefe that Jane shows to Jesse.  The members of the White and Schrader families all take turns to hide from the others.  For Skyler it is a sulk, and for Walt it is finding somewhere to be other than his suburban home.   All this hiding involves closing both metaphysical and real doors.   Apart from a cruel incident involving a small boy the cruelty of Hyde occurs unseen, restricted to the hidden dark streets of London.

The revelations in Dr Jekyll and Mr Hyde appear courtesy of the third party Dr Lanyon and in the final letter from Dr Jekyll.  For most writers this complicated structure would have destroyed the book but Stevenson, as he proved in Treasure Island, is a master of exposition.  The book has a great concept but it needed the technical skill of Stevenson to become a classic.

The responsibility of others to self-destructive friends and relatives is a key element within both Breaking Bad and the Stevenson novella.  Utterson is the solicitor who realises that Jekyll, his client and friend, is in ‘deep waters’.   The austere Utterson condemns himself.  ‘I let my brother go to the devil in his own way.’  Between Walt and Jesse there is conflict and at times hatred.   They criticise and insult each other but when either is threatened by adversaries the other is prepared to defend his business partner.  Even when Walt has been transformed into a monster in the final season he ensures his inevitable death will keep Jesse alive.  The two men have complicated feelings towards each other and neither prevent ‘their brother going to the devil’.  Jekyll understands that drinking his chemical concoction will release Hyde but probably destroy them both.   Nevertheless, Jekyll is unable to say farewell to Hyde.  The most inspired section in the book occurs when Jekyll describes the mother and son relationship that has developed between him and Hyde.  Like a pregnant woman responds to the cries of the entity within her, Jekyll feels maternal towards his creation.  Hyde is like sons everywhere who, when they become adults, are obliged to rebel against this bond and dependency.   Walt and Jesse have a father and son relationship and similar feelings of rebellion and responsibility.

Compared to Dr Jekyll, the dependent Hyde is the extreme example that represents distilled or ‘pure evil’.  The bad behaviour of Hyde is something more than a weak resistance to temptation or flawed judgement.  He carries an evil that is pure because it has its own existence.  Jekyll is a human being and anything but pure.  He is not the consequence of a chemical experiment.  Stevenson describes Jekyll as a compound, and like the rest of us he has a range of appetites.  In the letter he writes before his death Jekyll admits to a ‘certain impatient gaiety of disposition.’  Or as Ibsen might say, he liked to carouse.  The final despair of Jekyll is that he ‘chose the better part but was found wanting in the strength to keep it’.

Utterson describes it differently.  Jekyll defied ‘the bands that God decreed to bind.’   Whether decreed by God or not most of us know and respect ‘the bands that bind’.  Walt tears at those ‘bands’ but he needs help to break free.  To make the drugs he needs to pay for his medical bills Walter asks someone he remembers as a schoolboy.   Jekyll creates a drug that when taken helps him, ‘like a schoolboy to strip off these bindings and spring headlong into the sea of liberty’.   If there is justification for the emergence of Walt as a monster as opposed to someone whose ego is out of control then we have to accept that his destructive will was suppressed far more and longer than we imagined.  ‘My devil had long been caged and he came out raving.’  Walt, though, had broken free from his cage long before he decided to kill Gus, the act that transformed Walt into a monster.

Like Walt, Jekyll also understood self-censorship.  ‘I led a life of such severity as I had never before attained to, and enjoyed the compensations of an approving conscience,’ wrote Jekyll in his final letter to his solicitor Utterson.  Jekyll was referring to his two months abstinence from taking the concoction that released Hyde.  The compensations of conscience were not enough, as they were not for Walt, and Jekyll returned to what had become his drug.  In season three of Breaking Bad, Walt steps back into his cage and becomes an employee of Gus and works a regular week in a controlled environment.   His acquiescence or conformity is indicated by the neat and modest lunch that he takes to work.   Walt worries about being murdered by Gus but like Jekyll there is also a point in the daily but well rewarded routine when again Walt has to break the bands that bind.

Two years before he died Werner Heisenberg wrote about the need for guiding ideals.  ‘Without them,’ said Heisenberg, ‘the scale of values disappears and with it the meaning of our deeds and sufferings, and at the end can lie only negation and despair.’   Hyde was always without a scale of values, and Jekyll forgot his at the important moments in his life.  Walter White had his scale of values and talked about the importance of his family.  He also had moments in his life and criminal career that were as important as those when Jekyll was unable to resist the temptation to swallow the serum he had created.  Walt neither understood the values he preached nor recognised those important moments when we want to but must not tear at the bands that bind.   Heisenberg believed religion protected us from desolation and despair. Walt was not religious and neither is anyone else in Breaking Bad.   Maybe there is a parallel universe where Walt somehow survived the Aryan Brotherhood gangsters, read the autobiography of Heisenberg and became a born again Christian.  But if he had done that, Walt really would have been a monster.