It may not have lasted past the second season but the recreational vehicle was important to the drama of Breaking Bad.  The vehicle, though, would not have been an icon if it did not have rivals.   In Breaking Bad the recreational vehicle had to compete with cars and motorcycles.  Heroes in Western movies often rely on horses.  Villains attack the stagecoaches, and heroes rescue startled passengers.  The movie Stagecoach is different and a masterpiece which is why in 1939 it led to the revival of the Western genre.  This cinematic breakthrough happened over 70 years before Breaking Bad appeared on American televisions.

John Wayne played the Ringo Kid in Stagecoach.  Like everyone else in the movie, Ringo spends most of the time inside the stagecoach.  Despite being a hero he does not have a horse.  Later in the film, Ringo attempts to escape on a stolen horse but the idea is soon aborted when The Kid sees the smoke war signals of Geronimo.  Ringo traipses the few yards back to the stage depot.  The horse walks off alone and to see his mates.  The Apache wife of the Mexican stage depot owner is a spirited lady that any resistance movement would welcome.  She can also hold a tune in her head although why she is disposed to sing a Mexican song is another matter.  The wife of the depot owner takes the favourite horse of her husband.  She heads for the Apache tribe to which she belongs, to the people to whom she remains loyal.  The Mexican owner is upset by the disappearance of his wife.   Like Tuco in Breaking Bad who tells Walter White that Walt will soon find another family in Mexico, the Mexican depot owner believes replacing a wife is not difficult.  ‘I can find another wife,’ he says.  A good horse, though, is another matter.  The Apaches were noted for being good judges of horse flesh.

Cars rather than horses are important to the characters of Breaking Bad.  They are used to suggest not just personal characteristics but also fate and circumstances.   The controlled Gus drives an unpretentious Volvo.  Marie the affected wife of Hank imagines she has style and owns a trendy purple Volkswagen Beetle.  Macho Hank drives a big 4X4.  As the personality of Walt becomes transformed by his adopted criminality, he abandons his modest and dull utilitarian vehicle for something powerful and expensive.  The traditional strengths of tough guy Mike may not be impeded by a conscience but they exist.  Mike drives an old-fashioned American limousine.   Jesse drives something that makes it clear that he is not interested in status.

The recreational vehicle in Breaking Bad is different to the cars.  It has a narrative function.  It may not be chased by resentful Apaches but as many lives are lost inside the recreational vehicle as are in the stagecoach in the John Ford Western.  Vince Gilligan has said that he told his cameramen that he wanted Breaking Bad to look like a Sergio Leone Western.  Leone was influenced by John Ford.  In one episode of Breaking Bad homage is paid to the weather vane in the opening scene of Once Upon A Time In the West.   That film is about the struggle for land that will increase in value after the railroad is built.  For Leone the train is the Western icon that will shape and determine the fates of its characters.  Rather than compare the recreational vehicle to the train of the American frontier Vince Gilligan creates a direct link with the aeroplane in the Robert Aldrich movie, The Flight Of The Phoenix.  In the movie the surviving passengers struggle to repair a crashed aircraft.  In Four Days Out the recreational vehicle has a redundant battery.  Walt builds a battery, and after much tension the engine sparks to life.  The episode Four Days Out succeeds because it has suspense but it also reveals the relationship modern human beings have to technology.  Without a functional recreational vehicle the plans of Walt and Jesse dissipate under hot New Mexico skies.  Walt and Jesse are not just building a battery.  They are claiming a potency they had lost. 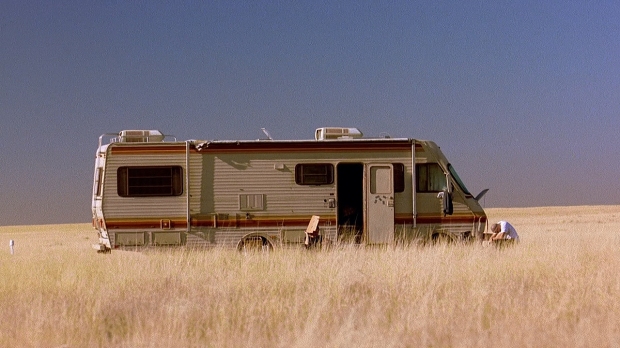 Both the movie Stagecoach and the five seasons of Breaking Bad reflect an American economic context.  In 1939 the USA economy was just about emerging from a slump that had begun with the Wall Street crash in 1929.   The first episode of Breaking Bad appeared in January 2008 and months before the financial crash of that year.  Walter White has a precarious economic existence that is exposed by the medical bills he has to pay for the treatment of his cancer.  By the end of 2008, Walter and his family were not the only American family obliged to fear economic destitution.   Just as absurd as the games that happened on Wall Street in 2008 is the self-centred banker Henry Gatewood in Stagecoach.  Gatewood is pompous, demanding and crooked. He spouts bogus economic theory and phoney self-serving patriotism.  Modern American audiences responded to Breaking Bad and the plight of a hard working fellow American having to pay medical bills.  In 1939 cinema-goers were more than happy to jeer at unscrupulous bankers.

Breaking Bad and Stagecoach both share an interest in transformation.  In Breaking Bad the lives of the family of Walter White are transformed by the cancer that persuades Walt to embark on a criminal career.   The transformation for his wife and son are not defined precisely at the end of Breaking Bad but the family is wrecked.  The reduced circumstances of Skyler and her son evoke the economic struggles of Mildred Pierce the heroine of the great James M Cain novel and the fabulous Michael Curtiz movie adaptation.  The transformation in Walter White is even more serious.  Before his death and obsessed with vengeance for almost everything he is willing to slay anyone who he regards as critical.  Things get out of hand or 119 people die.  In the first episode of Breaking Bad the schoolteacher Walt explains to his pupils how chemical transformations can be slow and imperceptible or sudden and violent.  The transformation in Walt is not as sudden as a chemical explosion but it is violent. 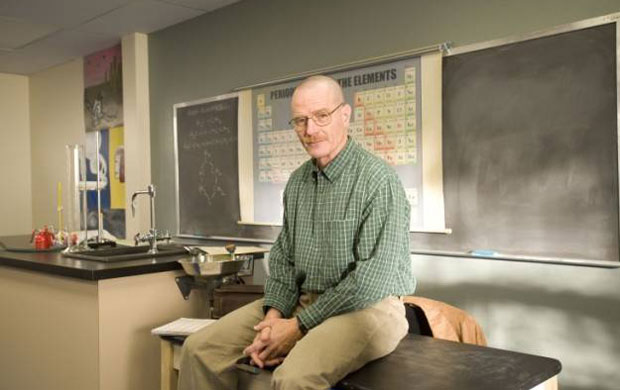 There is also violence in Stagecoach.  The Ringo Kid has to avenge the murder of his father and brother, and someone has to kill the difficult Apaches.  But apart from the violence there is positive and serious transformation.  Faced with danger the pathetic alcoholic doctor becomes courageous.  Doc Boone is like Walt.  The threat of danger helps Doc to feel alive.  Small town hypocrisy and inconsequential routine are what compel Doc to cloud his misery in alcohol.  Meth making is important to the plot of Breaking Bad, and the drug alcohol defines both Doc and quiet Mr Peacock the salesman whose whisky samples Doc steals.  For once the drug dealer is obliged to see some of the human chaos he creates.

At the end of Stagecoach the redeemed whore Dallas escapes with Ringo to his ranch.   These condemned two have found a retreat where they can be in love and raise a family.  When the stagecoach journey begins, the differences in manners between the various characters is obvious.   Adversity and the journey, though, transforms those relationships.   The stagecoach arrives in Lordsburg, and the survivors separate as individuals of equal worth.  Stagecoach preached a democratic optimism that has subsequently faded in the USA.   Breaking Bad is more cynical.   The western frontier in Breaking Bad does not offer a retreat and haven for American innocents.  Instead it is the place where the real struggle is to make mechanical recreational vehicles roadworthy and to manufacture crystal meth without being noticed by anyone. 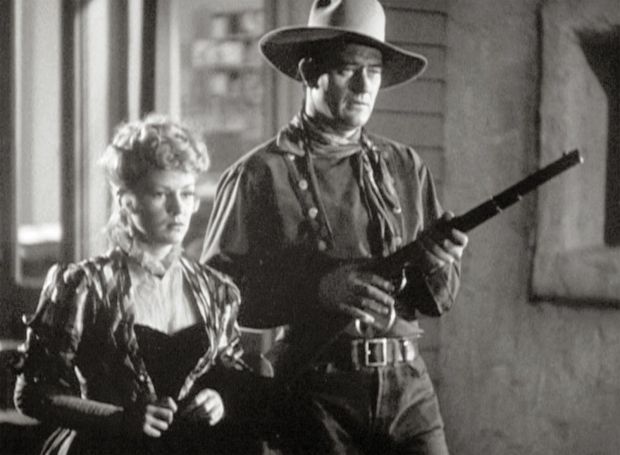 Back in 1939 the stagecoach for John Ford was a symbol of how the optimism of the pioneer working with resolute others could facilitate democratic purpose.  The same message is echoed in the American films of Howard Hawks.  In the final moments of Breaking Bad a pioneer does emerge but he is no more than a fortunate survivor.  There is no triumph.  Jesse is bruised and confused.  More important he is alone and driving into a future and economic obstacles that will be beyond his limited talents.  The America that waits for Jesse is now owned by those people who have little interest in equality and democracy.   These people travel alone in private jets.  Such people have contempt for the efforts of ordinary people.

The Ringo Kid and Dallas escaped civilisation and they did it in a buckboard that had a couple of horses.  They did not worry about engines that would not start.  The construction of the battery was one of the better moments of Walt.  The pity is that recreational vehicles are only used by Americans in their miserly two week holidays.  For most of its short life the recreational vehicle in Breaking Bad is parked in the drive of the home of Jesse.  The Western vistas are no less impressive than when John Ford and Sergio Leone stared at them.   But, as Walt and Jesse discovered in Four Days Out, a recreational vehicle is useless if it cannot bring its passengers back to the competitive conformity of the suburbs.