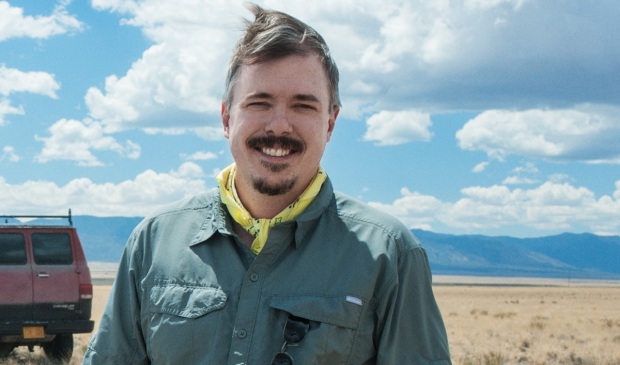 There are 62 episodes of the Breaking Bad Insider podcast, one for each TV show in the series.  Collaborators on the hit show take turns to contribute.  Kelley Dixon is one of the two film editors on Breaking Bad and she chairs the Breaking Bad Insider podcast.  Vince Gilligan makes points throughout and asks as many questions as Dixon.  Listen to the show and the mood is relentlessly cheerful and positive.  This is not  a surprise.  In the photographs of Vince Gilligan the smile in his eyes appears permanent.  He has reasons for smiling.  Gilligan likes people, or so it seems.  He follows the old American southern adage, if you can‘t say anything nice about folk, then don‘t say anything.

When listening to a Breaking Bad Insider podcast, or at least 62 of them, the uncritical enthusiasm becomes wearing.   The podcast episodes have also been filmed.  Gilligan in the YouTube clips appears more complicated.  The smile disappears when others speak.  It is as if silence descends overs him.  Gilligan is a serious and no doubt good listener.  His positive praise, with which he is generous, is often marked by a finger in the air.  The gesture is never mechanical but it does indicate a process of accounting.   Everyone is acknowledged at every possible opportunity.  Everyone is happy. 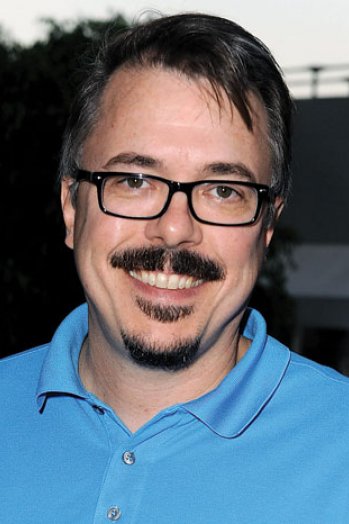 Vince Gilligan has much to make him content.  He has created and produced a TV show that not only attracted viewers but was hailed by critics as ground breaking.  Even the less inspired follow up Better Call Saul has devoted followers.   We live in a monetised society which means that success is evaluated through wealth.  Vince Gilligan is 52 years of age and at the latest estimate he is worth $35million.  There is a point in a Breaking Bad Insider podcast when one of the collaborators refers to a privilege that Gilligan has and is denied to the others.  There is no serious grievance being discussed but it is a moment when Gilligan has to defend himself.  ‘It is the way it has to be,’ he says.  Gilligan may approach his team as a democrat.  An egalitarian he is not.

In Liverpool there is a football fan podcast called The Anfield Wrap.  This has various contributors but Neil Atkinson is the main man.  He is fast talking and sharp witted, a Scouse, working class and left wing alternative to Jeremy Clarkson.   Atkinson is only mentioned because he looks an awful lot like Vince Gilligan.  Both men wear glasses.  Atkinson and Gilligan also have round faces, those eyes that smile a lot and plenty of loyal followers.   All this might or might not have meaning.  Atkinson has a Liverpool accent, and Gilligan has the Virginian equivalent of a seductive James Stewart drawl.  For the two men their voices provide authority.

The enthusiasm of Gilligan for fellow human beings makes puzzling his attitude to his hero Walter White.  In interviews Gilligan claims he began the show with sympathy for the meth maker.  His dislike for his creation followed, says Gilligan, some of the decisions that White the gangster made.  Walter White, though, does not exist.  Gilligan and his fellow writers made those decisions.  An initial idea for Breaking Bad was that Jesse Pinkman would be killed at the end of season one and decent Walt would return in season two and seek revenge for the murder of his partner.  This did not happen because actor Aaron Paul impressed and the writers saw potential in the character of Jesse.  Revisions to the master plan were made.  No one can complain about the results that followed.  But if the writers had stayed true to their original intentions, Breaking Bad might have reflected more the generous spirit inside Gilligan that everyone recognises.  By the end of the show, Walt became an irredeemable monster. 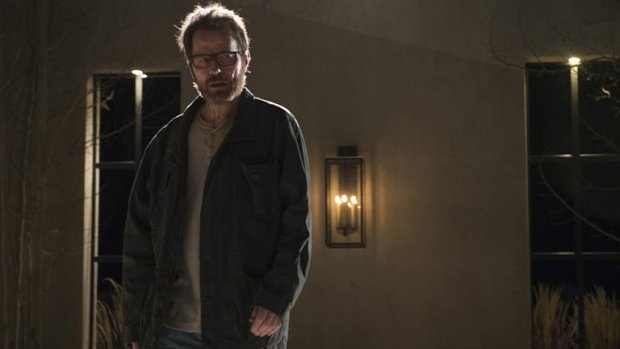 Vince Gilligan was born in Richmond, Virginia in 1967.  Like Walter White. his mother was a high school teacher.  Gilligan describes Breaking Bad as Goodbye Mr Chips becoming Scarface.  He actually created a TV series about how someone like his mother became a drug manufacturing gangster.  That one can be saved for a psychiatrist.  His father was an insurance claims adjuster and perhaps might have been something like reliable, puritanical and industrious Barton Keyes in the classic film noir Double Indemnity.   Vince Gilligan inherited his work ethic from someone.

No one can doubt the talent of Gilligan.  At University in New York he was recognised as gifted and exceptional, someone who possessed a vivid and dark imagination.  But even the gifted need good fortune.  The father of Gilligan took his son to watch film noir movies and westerns.  Gilligan found a school friend who shared his enthusiasm for movies.  The friend, Angus Wall, became an academy award winning film editor.  The mother of Wall encouraged the two childhood friends to believe they could earn a living in movies.  Like the father of Gilligan, she also took the two boys to the cinema.    Gilligan has described the mother of Angus Wall as a real inspiration.  Most artistic young men nurture their interests with the help of their mother.  The presence of another mother figure in the creative dreams of Gilligan should make anyone curious. The trajectory of Walt from Mr Chips to Scarface was perhaps more interesting than we realised. 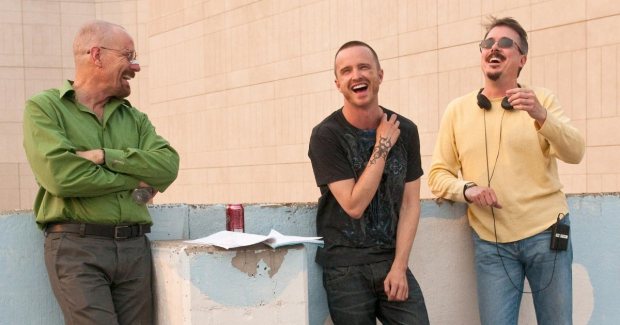 Gilligan has talked about being a tentative agnostic. He says that he has a suspicion that hell exists.  Whether this is rooted in guilt or hard core morality only he will know.   He talks like a moralist but there is a lenient attitude towards drug dealing in Breaking Bad.  Jesse does make moral progress and he may even be entitled to redemption at the end of the series.  But for a moralist the Breaking Bad creator forgives an awful lot.  It may be a case of all is fair in love and war and creating art.

Gilligan submitted a script to The X Files TV show in the mid-1990s.  Prior to that one of his films had been made into a Hollywood film.  His X Files script submission would have been backed with a CV that would have tempted a script editor to read the submission.  But the script, which eventually became the episode Soft Light, would have still needed evidence of something to stand apart from the others.  That something has led to Gilligan collecting awards from the people who have the authority to make such decisions.  In the case of Gilligan he has been recognised by BAFTA, the Director‘s Guild, the Producer‘s Guild, the Primetime Emmy Awards, the Writer‘s Guild of America and the Critics‘ Choice Television Awards.   There have been others.    The exceptional talent that was identified by his tutors at University came good.

But if Gilligan is gifted and has had mouth-watering success, he does not have the Midas touch.   He wrote 29 episodes for The X Files including a couple that were superior to the rest.  The X Files was different, and some credit has to be given to the producer Chris Carter but the dialogue was often execrable.  The show appealed to geeks and nerds but was conceptually bare and it reduced science fiction to empty headed escapism.   Gilligan thought it a good idea to use three characters from The X Files for a separate series called The Lone Gunmen.   The first episode was about a plane crashing into the Twin Towers.  The episode concluded without lives being lost but despite his optimism Gilligan either predicted or inspired the subsequent terrorist attack.  This episode may be why Gilligan worries about hell.  The series is available on DVD, and, whatever the sensitivities, the episode has not been withdrawn.  Most people remember that the series was poor.  Three characters that had previously offered light relief in The X Files could not carry a show.  The casting on Breaking Bad is almost flawless.  On The Lone Gunmen it was a disaster.  There was no second season.

If lessons had been learnt on The Lone Gunmen, they did not prevent his venture after Breaking Bad being a flop.  Battle Creek made it to the end of the opening season but well before the final episode the decision had been made to pull the show.  Perhaps Gilligan and his collaborators are at their best when they have an epic tale that can be spread over episodes and seasons.  The failure of Battle Creek has been obscured by the popular success of Better Call Saul.  There is also news of a cinema film called El Camino, a sequel to Breaking Bad.  No doubt it will be a hit but at some point Gilligan will have to forget the terrible things that happened in Albuquerque.  He has mentioned filming a show based on the mass suicide of the followers of Jim Jones.  That sounds like a real challenge.  Gilligan has a sly sense of humour and, despite his concern for his actors and technicians, he admits to a twisted imagination.   The mass suicide of 918 people including over 300 children is unsuitable for the quirky black comedy that Gilligan favours.  Of course, he might have no intention of filming a story about Jim Jones.   Vince Gilligan does like to joke.