27  BETWEEN HEAVEN AND HELL 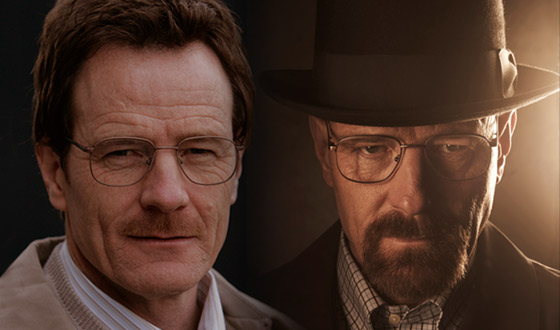 Like Walt and Jesse, the poetic imagination and the notion of purgatory need each other.  John Tyndale was an English politician in the 14th Century.  He defied those who insisted that purgatory existed.  Tyndale described it as ‘a poet’s fable’.  The journey through purgatory consists of exploration, symbolic suffering and psychic release.  This not only describes the route taken by the 62 episodes of Breaking Bad but almost every other drama that today fills TV screens.  Purgatory is more than ‘a poet’s fable’.  The theme behind the idea of purgatory beats in the heart of anyone that has creative temperament and ambition.

Walter White has two deaths in Breaking Bad.  When Walt discovers he has cancer, his life as a schoolteacher ends.  He may not rush towards hell after hearing his medical diagnosis but he is thinking about something on the warm side when he throws those burnt matches into his swimming pool.   At the end of Breaking Bad we watch the drug criminal Heisenberg die.  The theory or hope is that the damned go to hell and the blessed rest in heaven.   There are a few movies, usually comic, where St Paul prevaricates instead of making instant decisions.  The man has a heavy workload and has to not only evaluate complex human nature but weigh against circumstance.  No one begrudges the most famous saint of all stumbling occasionally on the job.  But when Walt closes his eyes and dies a second time, St Paul will have to decide and be quick.  There is no purgatory get out of jail card for Walt after what he has been through and done. 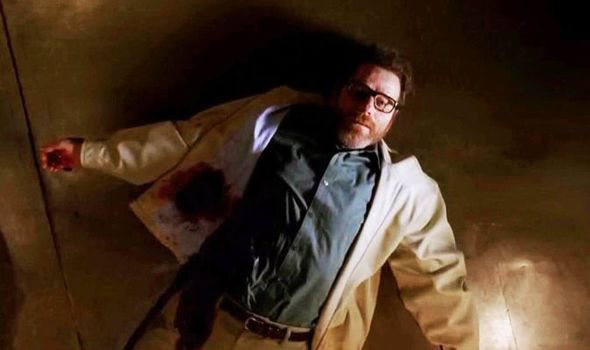 The crystal meth maker closes his eyes, smiles and follows the flight of his angels towards his saviour.  Or so Walt thinks.  The smile exists because he has the comfort of knowing that his ambition transcended his desire for economic security.   Walt dies believing that he did something special and also had the courage to take risks.  St Paul, of course, would have doubts about applying this criteria for entering heaven.  Quentin Tarantino and a few others, though, would open the Pearly Gates for Walter White.

The poet John Donne believed that life was lived on a death bed, that purgatory existed here on earth.   At the end of Breaking Bed it might be that Walt is doing nothing more than return to his death bed.  He closes his eyes and smiles because his own purgatory is now over.  John Donne felt that friends and family were important.  They help us to live on and conquer oblivion.  We will live and echo afterwards in their words.  This notion of Donne is not original and it does underestimate the corrosive effects of time. 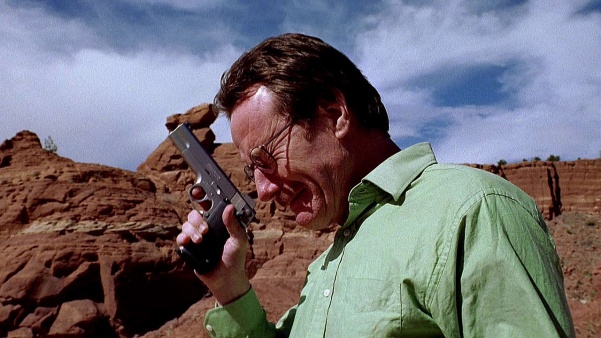 Purgatory is for the flawed.  The blessed go to heaven, and the damned go to hell.  The powerful in the medieval Catholic Church were adamant.   The mere flawed had to suffer and for some time.  Purgatory may have had a more temperate climate than hell but it was not pleasant.  Popes and bishops referred often to the pain of the prolonged suffering that would be experienced between heaven and hell.  Purgatory may have been a ‘poet’s fable’ but, as the natural destination for pragmatists, money was important.  The rich made donations to the Catholic Church.  The extra cash that the Popes and bishops put in the pockets of their vestments bought a few prayers.  These holy mutterings were supposed to enable the rich to spend less time in purgatory than ordinary folk.  There is no precise opinion on how long the dead are supposed to suffer in purgatory but it is not the place for those who have a train to catch.  In one dispensation the Pope reduced the time his donor spent in purgatory to 74,000 years.  At the risk of being judged as anti-clerical this sounds like someone taking the mickey.  Throughout Breaking Bad there is an insistence by Walt that he has an article of faith.  His actions may be contradictory but for him his family is his religion.  The home is the abbey that needs to be supported.  Walt is a believer.  If he is also a hypocrite, he is not alone.

Purgatory is important to not just dramatists but modern accountants.  To survive, human beings must work continuously, suffer, obey the will of God or authority and wait for a very distant reward.   Before his cancer diagnosis American capitalism has defined Walter White as a failure.   Gretchen and Elliot Schwartz have, thanks to the profits of Gray Matter Technologies, the riches denied to Walter White.  In the final season of Breaking Bad there is a confrontation between Walt, Gretchen and Elliott.  Walt controls the encounter but by then he has money to spare and can meet them as an equal.  After this meeting his time in purgatory will not last long. 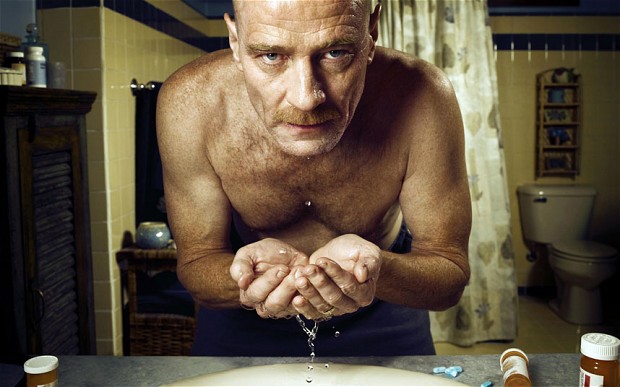 Those who triumph in purgatory or go to heaven need persistence and the strength to defy the Devil.   Whatever the flaws that condemn Walt to purgatory, the man is persistent.  His scientific understanding is a help.  Walt can find solutions to problems that would have finished others.  He has the ability to escape free from curses.  Walt is also willing to confront devils. This is demonstrated in season one when he seeks out the psychopathic Tuco, threatens violence and is prepared to contemplate his own destruction.  Later, Walt refuses to surrender to ruthless criminal Gustavo Fring.   And if that is not enough, he engages in battle with the real white supremacist devils led by Jack Walker.  If Walt had a flag in his hand, we would acclaim him as a warrior.

Innocents have died while Walt has been in purgatory, and he has been culpable too often but he has at least made the journey and fought.  In the Thomas More version of purgatory there existed dead husbands who were obliged to look in horror at their beloved wives being married to other husbands.  Walt had to suffer the sexual betrayal of Skyler and be told in insensitive language about her affair with boss Ted.  Walt will not go to heaven but, considering everything that has happened to him, there is no need to demand that he hangs around purgatory for the next thousand years. 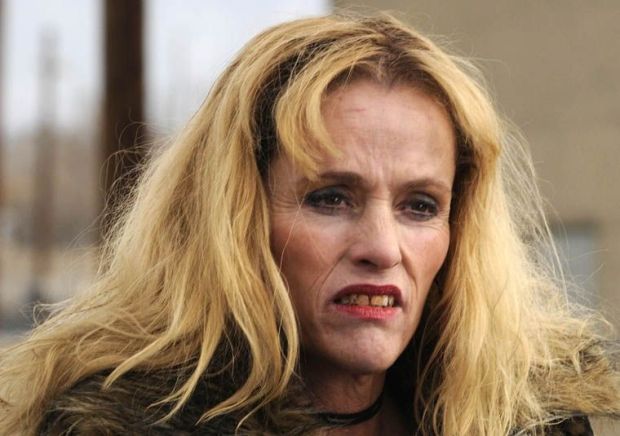 The teasers that open the episodes of Breaking Bad also have a purgatorial feel and contribute to the exhausting journey that Walt makes through the 62 episodes.  Detached from the narrative but connected to the overall plot or journey the teasers exist in and define another world.  This one is not properly understood until the journey through all of the 62 episodes of Breaking Bad has been completed.   Indeed the only way to evaluate the teasers with understanding is to watch all of Breaking Bad again and time is needed for that, not quite 74,000 years but enough to acquire purgatorial status and for fans to enter Breaking Bad heaven.  Almost all the icons of purgatory exist in the 62 teasers,  The audience witnesses strange and exotic creatures, ghosts, superstitions, mysteries, fallen souls and ceremonies.  Meth addicts resemble the lost degraded creatures of the medieval imagination.  As Breaking Bad is a tale about the conscience of an educated white man, the other worldly exotica is provided by the Mexican neighbours.

Apart from the mammoth and bewildering journey made by Walt and the teasers that begin the shows there is also the purgatory that Walt endures in the snowy hills of New England.  This purgatory has an end date and a flying angel in Robert Forster that, despite his stern manner, is a lot more sympathetic than medieval Popes.   What happens in the isolated cabin is demanding but in a different way from the journey that enabled the metamorphosis of Walt into Heisenberg.  Loneliness rather than other people defines the tribulations of this final journey.  The medieval accounts describe purgatory as an uncouth land.  In medieval paintings the uncouth land is also overcrowded.  In Breaking Bad there is too much American affluence for the environments of Walt to be uncouth.  There are no Hieronymus Bosch shadows in Breaking Bad.  Even the night scenes are clear. 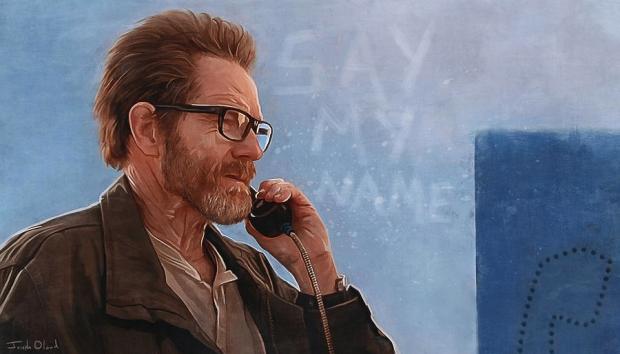 Instead it is the personality of Walt that becomes uncouth in his purgatory in the criminal world.  The risks he takes make him excitable, noisy and overbearing.  There are too many enemies and hustlers for Walt to have authority as Heisenberg but he does become more authoritarian and unpleasant.  When left alone in New England, both his physical form and personality deteriorate.  Walt loses weight, grows a beard  and he acquires an uncouth appearance.  He is reduced and pathetic.  If this is what purgatory does to the human spirit, the question has to be what is the point of heaven.  The resort above the clouds must look like a hospital for those with serious mental illness.

Colorado has a ski resort called Purgatory.  The place was christened by a local farmer in the late 1800s.   Purgatory has mountains, snow, lakes and trees and looks like some of us would imagine heaven to be.   The information on the farmer is unrevealing. Presumably he was responding to either a bad harvest or neighbours who were unappreciative of his sense of humour.  And maybe that farmer, like Walter White, had a smile on his face when he followed the flight of the angel to his saviour.  Something had happened that made him defiant.  After all these years since his death we can indulge ourselves and imagine him as a bootlegger.