28 WE DON‘T NEED NO EDUCATION

The above title is taken from the lyrics of a hit record by Pink Floyd.  The double negative used by the songwriter was not a deliberate irony.  For many this grammatical error confirmed that there was a generation out there that needed very much an education.  Walter White was over fifty years old when he quit teaching.   The average schoolteacher in the United States leaves the profession within five years.  In recent years, because of a teacher shortage, some education authorities in the United States have abandoned the requirement for academic qualifications.

Somehow, though, the really clever Walter White stayed around until he was a middle-aged man.   Walter White graduated from the California Institute of Technology with a doctorate in chemistry.   Although he stared wistfully at the wall of his garage and his certificate from the Nobel Institute, Walter was not a named prize winner.  Walter White worked with others on a study of proton radiography.  He was a member of the team that earned the Nobel Prize.

Breaking Bad began in 2008.  President George W Bush launched the No Child Left Behind educational reform programme in 2011.  The idea was to increase the accountability of those employed in the education system and spur them to greater efforts.  The approach of Bush appears to have been inspired by the reforms made by the Blair Government in Britain.  Standardised testing was introduced, and school examination results were made public.  By then Walter White was a father and worrying about the psychopaths he kept meeting in the deserts of New Mexico.  His premature death was inevitable because of his cancer but at least in his final years Walt avoided the No Child Left Behind scheme.

Tony Blair, George W Bush and Barrack Obama not only liked to bomb innocent people who lived far away they also championed educational reform.  Rather than accept that class, race and poverty are the chief causes behind educational underachievement and talking about something that might lose their conservative support they targeted already overworked schoolteachers.   The educational reform introduced by Barrack Obama was called Race To The Top and demoralised the teaching profession even further.  Inevitably the reforms had an agenda beyond introducing extra discipline in schools.  There was money to be made through the reform of education.   Not only corporations and hedge fund managers benefit from a lopsided education system.  Thanks to a society loaded with alienated people and supposed failures Walt was guaranteed a demand for the drug he manufactured.   What Walt did, though, was illegal.  Unlike the really powerful he could not change the law to facilitate his business. 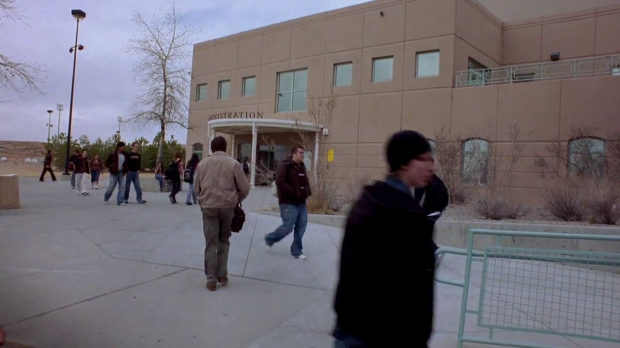 Both the USA and Britain have advanced the privatisation of the educational system.  In Britain the privatised schools are called academies, and in the USA they are described as charter schools.  To make sure these institutions succeeded or at least made a profit the policy makers allowed the schools to claim extra subsidies which were paid by not always educated taxpayers.  More was needed, though, to ensure the privatised schools operated on anything but a level playing field.  Someone with an educated manner had the bright idea of allowing these schools to restrict their intake to the recruitment of those pupils that would not require extra tuition and support.  In the USA this meant that charter schools were not obliged to take students who were non–English speakers.  And just in case it spoilt the photographs in the glossy prospectus they also refused disabled students.   Despite this gerrymandering the examination results of the average charter school or academy are no better than those achieved by American high schools and British comprehensives.  Charter school advocates are unconcerned about the failure to provide value for money or the absence of improvement in educational standards.  Some rich people became richer, and the white middle class has established in these ‘specialist’ schools the racial barrier they always wanted.

It is no surprise that the finest days for Walter White were those he spent at University.  He assumed he was in love with Gretchen, had fewer wrinkles, less flab and his professors liked him.   He was also participating in a university education system that is more than decent.  Half of what are considered to be the top 200 Universities in the world are located in either the UK or the USA.  Not all the degrees allocated by American and British universities have worth, and recent budgetary innovations have encouraged cynical profit seeking amongst some university vice chancellors and presidents.  Neither is every professor dedicated but there are enough for a selection of institutions to acquire scholastic reputations.  Prestigious universities in the USA attract students with the highest qualifications and offer first class facilities for independent research.

Walter White may have his flaws but he is at least passionate about the subject he teaches.  Chemistry and the laws that govern matter and liquids inspire Walt.  He also has the certificate on the garage wall that is testimony to his exceptionalism.  The 62 episodes of Breaking Bad have amidst their many qualities the virtue of being diverting which is just as well because without those diversions most of us would have become too preoccupied with what is the biggest mystery of all in Breaking Bad.   This is just how in hell did Walter White decide on a career teaching uninspired students in a US high school.  Some advice for those determined to find the answer.  There is none.  As soon as Walt walked away from Gray Matter Technologies, he would have been head hunted, either by another industrial firm or a leading university.  His role in the research of a Nobel Prize winning team would boost the CV of anyone.  The notion that Walter White, a chemist of international repute, subsequently became and remained a high school teacher is more than fanciful.  Even though Walt missed the worst of what was to happen to the American education system the idea is daft.

The number of scenes in Breaking Bad that show Walt working in the classroom are few yet his role as teacher is important to the TV series.  Walter enjoys explaining how the world works.  This happens in his relationship with Jesse.  Walt helps Jesse to not just acquire additional skills but he also develops the potential of his partner.  Walt shares knowledge.  The process, because it includes learning how to murder people, is not without flaws.  His role as teacher encourages Walt to assume that he exists to explain.  He does this within his family and when the less educated around him are floundering.  His expertise is valuable but his manner is not consistent.  Walt can be patronising and overbearing.  This becomes exaggerated when he has been drinking.  Walt is neither the first nor last schoolteacher to enjoy alcohol.

His capacity for explanation also helps him to resolve disputes.  Rather than insist that he is the most powerful figure in the room Walt, to mitigate conflict, will explain and identify the mutual interests that he and his rivals share.  These explanations help Walt establish working relationships with business partners who are often edgy and difficult.   There are limits.  Walt feels it necessary to blow up Gus Fring and he has Jesse assassinate drippy Gail Boetticher. 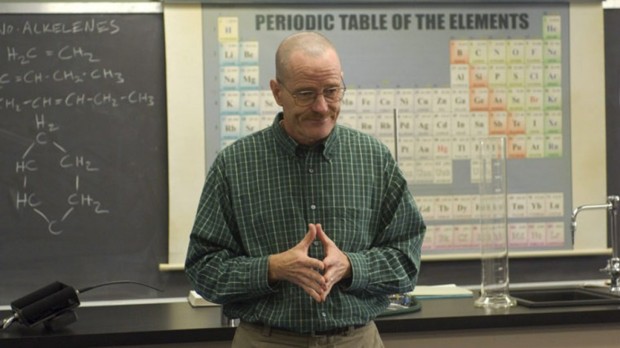 The 1950s are regarded as the period when the US high school education system worked well.  It did for some.  Then, as they do now, class, race and poverty distorted the results, especially amongst African Americans.  The growth in the 50s economy provided compensation for what today would be regarded as educational failures.  Those who left high school without diplomas were often able to find half decent jobs that paid for homes, TVs and automobiles.   The scarcity of such jobs today has encouraged students to persist through what is known in the USA as ninth grade.  In the 50s over half the students who entered the ninth grade left without a high school diploma.  Not all, though, reached the ninth grade.  Today parental permission is required for a student to leave school before the ninth grade.  Some parents say yes because they need an extra wage earner.  Elvis Presley has been patronised by the college elite that dominates criticism in rock music.  The most antagonistic have regarded him as an idiot and described his parents as white trash but despite being reared in a one room shack by a family that had to endure extreme economic pressure he obtained his diploma.  As a fan of the famous rock and roller, it seems to me that the wilful dismissal of class, race and poverty as factors that affect educational achievement and the snobbery towards Elvis are connected.  Walter White is clever but behaves in a way that many people without his skills would regard as stupid.  Walt, like Elvis, is a baffling mystery.  The name Heisenberg scrawled on his living room wall by a neighbour exists as evidence of how difficult it is for anyone to understand someone else.  Why we then should have the temerity to assess, separate and compare the worth of children rather than focus exclusively on their nurture and potential is puzzling.   We will, though, persist in trying.