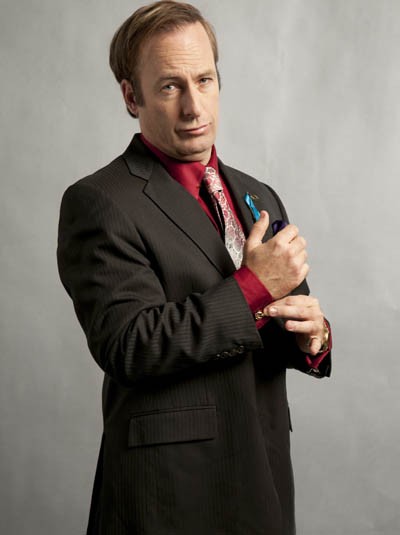 Saul Goodman had his faults but he was a capable lawyer that could talk guilty clients out of a tight corner.  Saul Goodman also remembered what he had been taught about the law.   In Breaking Bad no one was more qualified than Saul to explain to Walter White and Jesse Pinkman some of the problems that a successful criminal faced in the modern world.  Poor Saul had to describe to Walt how money laundering works.  He picked up the tab.  Someone somewhere identified and named three stages to money laundering.  The names stuck.  They are placement, layering and integration.  Saul Goodman used these terms in his brief explanation to Walt.

Placement refers to transferring the dirty money to a business that is apparently legitimate.   Layering consists of moving the money around so it becomes harder to trace.  In this process the cash is transformed into income or profit derived from a legitimate activity.  Integration is the criminal taking the money back from wherever he put it and from wherever it has now landed.  He does this when he can pretend the money was earned in a legal fashion, when everybody is too tired to be too curious about the original investment.  This reclaimed money will be spent by the criminal on his or her pleasures or reinvested in the criminal activity that initially earned the money.  Hence the term integration. 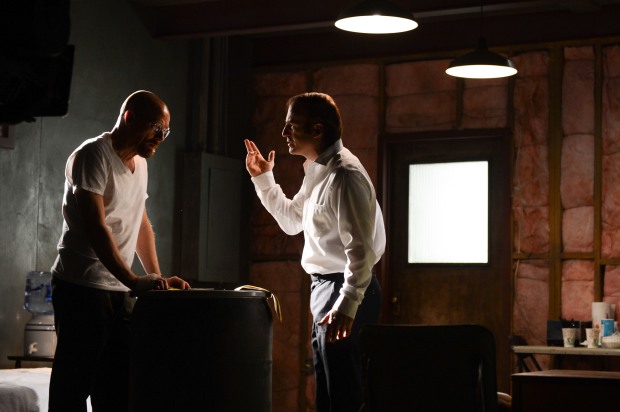 In Breaking Bad the explanation by Saul Goodman was basic but it had enough exposition to embarrass a screenwriter.  What Goodman said would have been of little help to anyone needing to clean cash.  His suggestion that a limited amount of money could be laundered ignored the nature of accountants and lawyers that help launder money.  They are like glutinous vacuum cleaners.  The more there is the more schemes they invent and the bigger their reach.  What Saul also failed to explain to Walt was that each of the three stages in money laundering contains a degree of risk.  If the Financial Crimes Enforcement Network of the USA is on the case and determined to trace the dirty source of criminal cash then it can.   Humberto Aguilar, not the US Senator, was a lawyer based in Miami and a money launderer.  In the daytime he defended the drug dealers in court and at weekends he moved their money around the world and set up various shell companies.  Aguilar visited lots of countries.  He met criminals and prostitutes and borrowed their names to invent directors for the various shell companies that he established.  Humberto Aguilar spent a lot of time in Switzerland.  Humberto understood the risk.  Eventually he was caught and sent to prison for six years.

Dirty money can always be traced but the money launderer is helped in two ways.  If he has the resources, the money launderer will extend the process as far as possible.  The trick is to locate the first stage, placement, as far as away as possible from the third stage, integration.   A clever accountant can begin the money laundering in a foreign country and set up a chain of financial transactions that involves many shell companies.  Names substitute for bona fide directors, and companies do not even need to be located in a separate room.  All that is required is a desk.  Because the links that map the journey of the money are often extensive, investigating these crooks can wear down overworked employees in the Financial Crimes Enforcement Network. 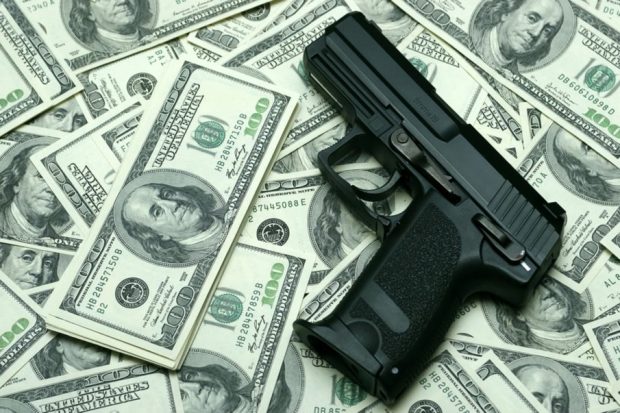 The money launderer also benefits from being one of many.  The exposure by campaign journalists of the Panama Papers hinted at the worldwide scale of fraud and tax evasion.  In a list that is far from exhaustive the Papers identified 214,000 companies and 11.5m individual files.  The companies included those that were laundering their own profits and others that were used merely to clean cash earned by criminals.  Billions of dollars are money laundered every year but, because no one can be sure just how much hidden loot is out there, it is possibly trillions.  The overworked men in the Financial Crimes Enforcement Network can only skim the surface.  The unlucky few are caught, and the rest remain invisible or ignored.

When Albert King recorded The Laundromat Blues his prime concern was that his girlfriend was meeting another lover at the local laundromat.  Washing machines inspired Albert King to have bad thoughts about the woman he loved.  Albert became paranoid about what happened in the laundromat.  No singing A Horse With No Name for Albert King.  That diversion belonged to Walter White who elsewhere was utilising the washing machine as a symbol of money laundering.   As an African American blues singer, Albert would have been obliged on at least some occasions to accept payment for his music and performances from unscrupulous white businessmen.  He would have participated in unsatisfactory contracts. 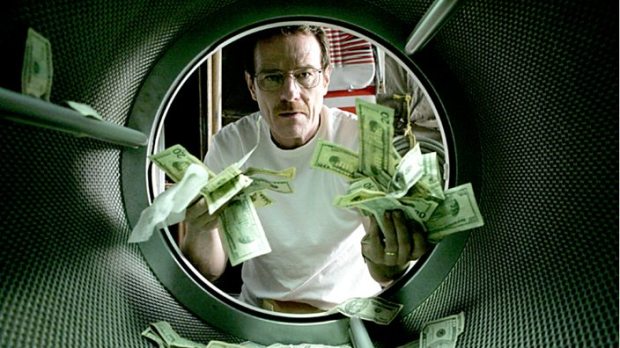 Commerce depends on contracts and, failing that, trust which was where the handshake came in.  Criminals are often obliged to rely on handshakes.  This is fine if trust has been established but, as we know from all those Martin Scorsese movies and the complaints of black musicians, the handshake as a contractual agreement has limitations.  In the movies, people are killed and the movie soundtracks become noisy.   If only they had used sales receipts, it might have been different.  Anyone who deposits money over $10,000 in a USA bank has to fill in a form explaining where the money came from.  That means providing receipts for something.  When it gets complicated, accounts are used as summaries of the receipts of a company and whatever expenditure was made by the company.   Governments are interested in commercial contracts for two reasons. A government needs to be assured that those contracts did not involve activity that contravened the laws of its country.  Otherwise there would be no point in the government drafting legislation.  Governments also need money to pay for what they think is important.

Walter White and Jesse Pinkman had two problems.  Their commercial contracts involved supplying an illicit drug, and they lived in a country whose government spent the most money on defence and the military.  Unlike legitimate businessmen, the criminals are not so concerned about avoiding tax demands.  Although Jesse appeared not to give a damn about financial accountability Walt and Jesse needed the money to become clean and that would have meant at some point paying tax.  The scripts in Breaking Bad are not only superficial about the process of money laundering they are also inconsistent.  Walt appears to have a major problem with money laundering.  Jesse keeps his dosh in his bedroom.

There exists in the money laundering business a paradox or irony.  Through money laundering the criminals add legitimate behaviour to their activities and the legitimate businessmen add criminal intent to recognised commerce.  In Breaking Bad the solution for cleaning the money was a car wash.  As an initial thought, the car wash was not a bad idea.  Its income consisted exclusively of cash that landed in the till.  It is not that difficult to add dollars to the till during the day.  Real estate is not purchased by cash.  Instead money is transferred through bank accounts but buying houses is a useful way of laundering large amounts of money.  The  houses, though, should exist in another country which is why there are so many empty mansions in London owned by Russian criminals and oligarchs.

To her credit Skyler soon realised that the money of Walt needed more than a single car wash.  A car wash deals in cash but the price of a car wash cannot compare to the value of a mansion or building.  Skyler may have been short of a next step in her money laundering plans but she did create a story to explain just how the money that was invested in the car wash had arrived.  She mitigated the risk that exists at the initial placement stage of money laundering.  But the tale from Skyler was weak and could have been picked apart by any energetic and incorruptible Financial Crimes Enforcement Network officer.  Skyler told the rest of her family that Walt raised the money for the car wash through gambling and card counting.  The problem for Skyler and Walt was that the initial placement stage of the process was too close to the final integration phase.  The car wash also had limited potential.

Humberto Aguilar, the lawyer from Miami that served six years in prison, now works as an anti-money laundering advisor.   He has said in various interviews that he did not feel like a criminal.   Aguilar has a point.  All accountants hide deceits in the accounts.   Claims are made for expenditure that has nothing to do with the business.   It is a short step from normal accounting procedures to money laundering.   Tax should be paid, and evasion and avoidance condemned.  Jesse and Walt, though, were not concerned about evading tax.  They wanted their dirty money to be introduced into the economy as taxable income.  Money laundering by criminals may be wrong and it does constitute fraud but whether it should be classed as crime is another matter.  The crime is what sourced the money.  Governments do not want people breaking their laws but cleaning money earned from criminal activity not only increases the tax base for a government but boosts the gross domestic product.  This is why George Osborne in the UK included an estimate of immoral earnings in his annual GDP figures.  The money was always there but by counting the income from criminal activities governments can claim additional economic growth.  The innocent can be forgiven for wondering if at some level it is all connected.  Jesse Pinkman had a complicated relationship with his criminal earnings.  Not without a conscience he threw some of his money out of his car window.   His actions were without consequence but you have to start somewhere.  Or so he reckoned.