Let me look at that picture again.  Man, I was something.  Forget? I remember everything.  Look, there in the picture, look at the pistol on the hip next to the braces.  People copied me but I was the first.  I was 43 years old and making a name for myself in US Customs.  That was one expensive suit.  My wife picked my clothes and she liked the trousers to hang right, so I wore braces.  I was in shape.  I still work out but I’ve just had my 68th birthday.  These days I think more about the big seven-zero.  My wife loved buying clothes.  She still likes buying clothes but that’s another story.

Look, see how Rabin wrote my name on the back, DAVE KUJAN, BIG SHOT.  He was being cute.  Rabin never made it past Detective Sergeant.  But he had an office and the dope was happy.  People say Keyser Söze was why my career stalled.  I don’t think so.  My level was sharp suits, a pistol and braces.  I was no big boss man.  I wanted to be the strong hero fighting the bad men.  Now, I wish I’d thought more about promotion and had a bigger pension except that’s not true either.  I have more green stuff than I can spend and a house with a swimming pool that at my age I don’t need to be bigger. 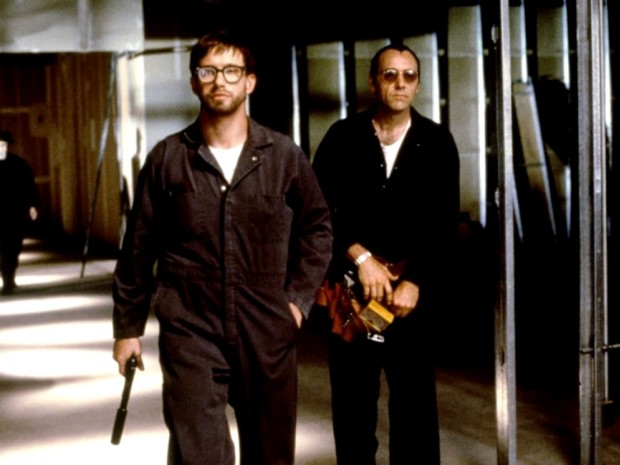 But you brought me the picture, and I’ll be straight with you.  Dave Kujan, big shot, was never the same after that day with Keyser Söze.  I spoke to him for just two hours.  120 minutes and without the creep moving from the chair where he sat he changed my life.  I was different after Keyser Söze.  See, I used to divide people into the strong and weak.  The strong looked good, had willpower and courage.  They were also smart.  The strong had good suits.  The weak were, well, they weren’t any of that.  The guy I interrogated was one of the weak, so I thought, a pathetic piece of trash.  About Verbal, I was wrong big style.  Dean Keaton was one of the strong.  He was one step ahead.  Keaton wore good suits, and people died around him.  Not because of the suits, because of him.   This was why I had to nail Dean Keaton.  I understood.  If he won I would be weaker, and if I won I would be stronger.  I thought like that in those days.   Then Keyser or Verbal or Roger walked free.  These days I’ve no idea what is strong or weak.  I couldn’t tell you what kind of man I am or what I amount to.  These days I help out in a post-traumatic stress clinic.  It’s not too far from here.   Those guys know what it’s like to have dark days, and so do I.

But you’re not here to know about me.  You want to know all about Keyser Söze.  Do I have regrets?  Well, it may have taken me time to recover from what happened but that day I don’t regret.  I met a good friend in Detective Sergeant Jeff Rabin and I never forgot something he said to me after Keyser walked.  Stand back and always see the bigger picture, said Jeff, and since then, and perhaps since Keyser or Verbal, I always have tried to see things from a distance.  If only I had stood back that day.  I was so close and too close.  I ran into that office thinking this was my chance to nail a rat called Dean Keaton.   The terrible truth is I wanted Keaton and lost Keyser Söze, a guy who had been wandering around a ship killing people at random.  27 people died that day in San Pedro Bay. 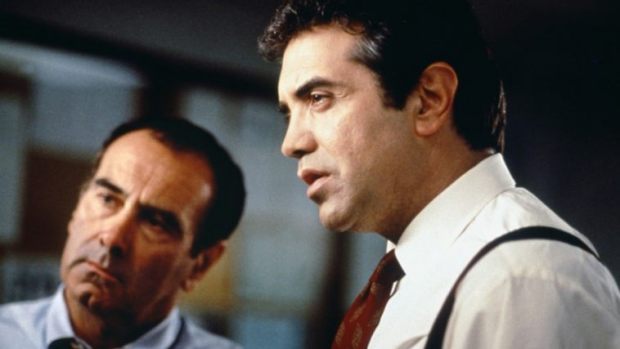 Jeff is a good friend but I still curse him for not letting me use one of the interrogation rooms.   Jeff said the rooms were bugged, and, like a clown, I went along with him.  But those guys were cops that bent the rules.  I was a law enforcement officer with US Customs.  I followed rules.  That was how the Agency worked.  I should have insisted to Jeff.  Sometimes I tell myself that without what was in the room the lies from Verbal would have been different and he wouldn’t have kidded me.  Everyone knows how he picked the names off the wall behind Jeff’s desk.  I bet you know.  That’s right.  Only Jeff, Keyser and me were in that room but everybody is an expert.  The Skokie barbershop quartet and Redfoot the lawyer he invented off the top of his head.  He sees the name Guatemala somewhere and he talks about how he used to pick coffee beans.  What was the point?  He told lies when he didn’t have to.  He even used the name off the bottom of my coffee mug for Kobayashi, the man who was supposed to set up the big deal.  What would have Keyser said in an interrogation room without anything on the walls.  I wonder.  Well, I did at first.  I was there to be suckered.  I wanted Keaton too much.  I was a strong man who wanted to be stronger and Verbal, Keyser or whatever, knew it.

You know, you only survived in my job if you assumed everyone was a liar.  You didn’t always get it right.  The people you thought were lying did sometimes tell the truth.  I had bad experiences but never because I reckoned some guy or dame was straight and honest.  That’s how it had to be.  Verbal had been around the block.  He knew how I was programmed.  Verbal was talking to a man that wanted to hear lies he could break down.  Because I was desperate, lies about Keaton were even better.  He let me think I’d won.  That’s how a con works.  You can only hook someone who thinks he’s a wise guy.  I learnt a lot that day.

Verbal was famous as a low grade conman but even that was a con.  Keyser Söze had an empire, so why he went around pretending to be small time and getting arrested for it is beyond me.  I’m not wrong.   That’s what he did.  He had a charge sheet as Roger ‘Verbal’ Kint.  I saw it the night we pulled them in for the line-up.  I suppose it meant we always looked elsewhere which is of course what we did that day.

Yes, I heard that.  I don’t know how that story got around.  Verbal told me all about the supposed heist in the car park but he never said he killed Saul Berg.  Why would he?  He was pretending to be pathetic.  That stuff has been added by others to make a good story.  This is where we are.  People adding nonsense to something that began as nothing but lies.  No, you are right, there was some truth in there.  If only we knew how much, eh?  This is what I know and this is why you are here, right?

The line-up happened.  Of course it did.  I helped lift Dean Keaton the same night.  That was one sweet moment.  You should have seen his face, in front of his so smart dame.  Keaton with his fancy friends and pretending to be a legit businessman.  What happened to McManus, Keaton and Hockney we’ll never know.  The cops assumed that those three perished in San Pedro Bay in the attack that happened on the boat but that could have been lies.  I’ve no idea who helped Verbal kill stool pigeon Arturo Marquez that night in the Bay.   And was Fenster dead before what happened in the Bay like Verbal said or did he die in the Bay?  If Fenster was buried on a beach like Verbal said, he must now be under the rocks somewhere.  The body never floated up anywhere.

I can only tell you what I  know.  The line up happened.  So did the raid on the New York cops.  53 were hounded out of the force.  The scandal was all over the press.  And Keyser Söze existed because a Hungarian mobster on his death bed told FBI man Jack Baer.  And the description of Keyser Söze  matched Verbal but I didn’t need to see a drawing on the fax to know that.   Arturo Marquez was no fake name Verbal saw on a wall.  Arturo was a big informer for the FBI, a real catch.  I know because I read the Bureau report.  And we all know somebody wanted to kill Marquez because some sharpshooter shot him through the temple.  Bang went a witness.

Was there $93 million? There was a lot of money but the bread was nearer 91 million.  This was the docks, and you know what happens.  There was also a ruined boat and that was not cheap.  Are Keaton, McManus and Hockney still out there?  I’ve heard nothing.  There are rumours about Keyser Söze but no more than that.  The last one I heard was that he was living the high life in Brazil and doing corrupt deals with the politicians.

Jack Baer was lucky.  FBI boys know how to keep their shoes clean.  Jack was in the harbour and far away from Verbal.  Not so lucky, though, as it happened.  The big boys did Jack Baer for corruption.  Afterwards Jack only goes to Albuquerque and reinvents himself as a Chilean and builds this crystal meth empire.  Poacher turned gamekeeper, eh?  It all came out a couple of years ago.  Some schoolteacher who was also making crystal meth blew Jack’s head off his shoulders.  But that’s another story.  A Chilean, dammit.  Jack didn’t even look South American.  Look, you should talk to Jeff Rabin.