Out Of The Past, 1947, Director Jacques Tourneur, USA

That big rock is where I killed a big handsome Italian tough guy called Joe Stefanos.  If I hadn’t, Stefanos would have plugged Jeff and then maybe me.   Stefanos had it coming.  So did the rest but that was nothing to do with me.  They all killed one another.  I like it here.  I look at the mountains, the lake and the trees.  I like to fish. No one knows what I did to Joe Stefanos.  The cops thought it was an accident or they did at first.  Now they think whoever killed Stefanos is one of the dead.   But it was me that used the hook and line on a fishing rod and pulled the big dope all the way down off that rock.  Joe Stefanos was the biggest fish I ever landed.   In town they call me the deaf and dumb kid.  I let it go.  Bridgeport is a small town. I know how to fish, and so did Jeff.  Being deaf and dumb helps.  I haven’t heard a sound since I was born.  I may hear nothing but I can feel the rhythms of what’s around me.  I said this to Jeff after I saved his life and killed Joe Stefanos.  Those rhythms that I feel, they help me fish. 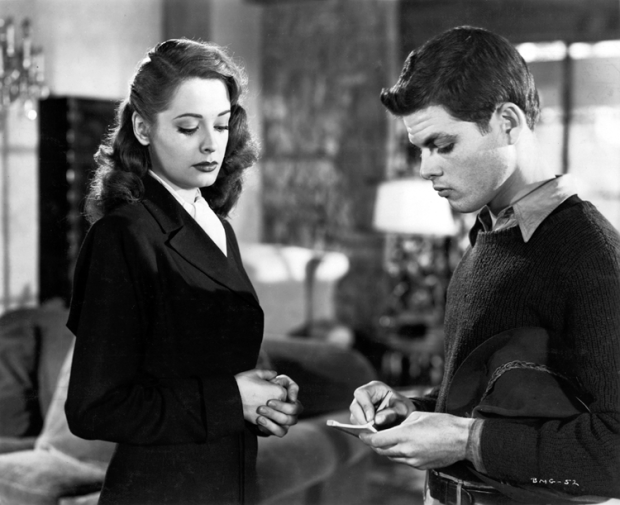 I sat and read his lips while Jeff told me everything about what had happened, where he was going and what he had to do.  The next day Jeff Bailey was in the morgue.  Ann asked me if Jeff had left Bridgeport to run off with Kathie Moffatt.  I nodded yes but it was a lie.  Jeff wanted Ann to think that so she would forget him.  Ann is now married to Jim, the guy who used to clean her roller skates when they were in school.   Ann might even be happy but right now she is sitting alone in a boat in the middle of the lake, and I am sitting here looking at her and remembering.

What I think about the most is not Jeff Bailey but Whit Sterling and the Moffatt dame.  Jeff said she was a beautiful iceberg but every so often she melted a little and made him feel all hot.  Jeff saw Kathie kill a man.  He remembered the look in her eyes as she fired bullets into Fisher.  But he also never forgot being on a beach in Mexico and her running towards him like an innocent girl with her whole life ahead of her.  This is what Jeff said.  He was hooked on Kathie the moment she walked into the cantina in Acapulco.  Jeff said he’d never seen anyone like her.  Here in a small town like Bridgeport, I suppose I never will.

Ann is still out there in the middle of the lake.  The boat hasn’t moved.  I can’t see her face but from the way she sits I know she’s brooding.   Her arms are folded, her shoulders are hunched, and her head is bent forward.  That means she’s remembering.  Least I think so.  I told her that Jeff killed no one but the gossips in the town believe he killed four people, Fisher his private eye partner, Leonard Eels a crooked lawyer, Whit Sterling the big money operator and Joe Stefanos the big lug that worked for Sterling.

Ann sits in the boat and wonders if Jeff really might have been a cold blooded killer like people say.  And if he was, she asks herself how could she love him.  And did he love her despite what I say about him wanting to head off with Kathie Moffatt.  I’ve read that people like mysteries.  Well, I come out to this lake one day and one afternoon each week.  Most times I’m here fishing I see Ann in that boat.  She has a mystery and she sure don’t like it. 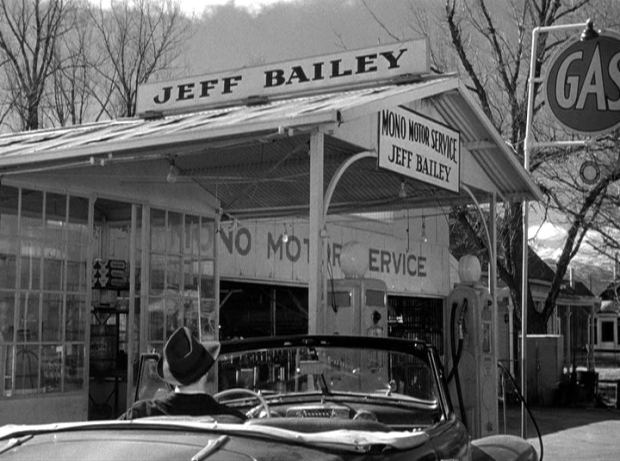 I think about it too but the only mystery to me is Whit Sterling.  Jeff Bailey I know because I worked with him in his garage six days a week.  I now own the garage.  In his will Jeff left me the business.  Jeff was a straight up guy.  Jeff is no mystery.  Whit Sterling, though, I can’t figure.  I like to read.  I’ve been asked what sounds do I hear for the words.  None but reading is like fishing.  It has a rhythm.  I read about the British being bankrupt after the war.  They use pounds but they call their money sterling.  Even Whit’s name was about money, and it makes sense because the one thing the guy knew was how to make it.  Whit could even gamble on the side and make money.  Nobody, though, never explained how Whit Sterling made just so much.  Sterling made deals with straight businessmen but he still had thugs like Stefanos and crooked lawyers like Leonard Eels on his payroll.  Jeff said that Sterling knew the odds and could always figure out the next move.  Whit Sterling understood people and within a couple of minutes he knew their weak spots or how someone could be used.  So Jeff said.  Sterling liked Jeff because of the way he sat and listened.  That was the shame of it.  Whit and Jeff should not have been enemies and they wouldn’t have been if Kathie Moffatt had not decided to take $40,000 to Acapulco.

Kathie Moffatt is why I think so much about Whit Sterling.  How could a guy that was so smart be kidded by a dame that most of the time looked like an iceberg?  The first time Kathie Moffatt left bullets in the gut of Whit Sterling she walked off with his $40,000.  Two bullets under the ribs, $40,000 spent somewhere over the border, and Whit Sterling takes her back.  And she thanks the dope by killing him.  With all his money I would’ve found another dame.  Next time round Kathie killed Whit.  This was the night she and Jeff died.

I never forget and I always get even, Sterling used to tell Jeff.  The day Kathie Moffatt returned from wonderland and asked to be let back into his life Sterling forgot what he preached.  I’m not a ladies man but Marney who owns the cafe on the other side of the road to my garage tells me I have nice eyes.  She has helped me out a few times.  What we get up to isn’t great but I’ve no scars under my ribs for her to stroke which is something, I reckon.  I’ve seen newspaper pictures of Whit Sterling.  He was a good looking guy.  Jeff said that he never saw Sterling when he wasn’t wearing a suit or a sports jacket.  Whit never had a hair out of place, said Jeff, even when he was having breakfast.  I’m wrong.  That was the one time Sterling didn’t wear a jacket.   At breakfast he wore a silk dressing gown.  I have breakfast in Marney’s cafe across the road but some days I skip because I don’t want to think about Marney helping me out they way she does.  The woman is old enough to be my mother.

Jeff had a theory about Whit and Kathie, about why they stayed together.  ‘They’re not a couple,’ said Jeff.  ‘They’re a pair of poker players sticking around just to see who will fold first.’  I don’t play poker, so I wouldn’t know.  Jeff said that Whit could be straight and even fair.  But Jeff thought it would be a good idea to hide in Mexico with Kathie, and after that Whit was in no mood to make allowances.

When Sterling found Jeff that second time, he had this play where Stefanos would kill this lawyer Eels and Jeff would be the fall guy.  Sterling wanted from Eels these papers that proved Whit was kidding the taxman big style.  Eels wanted $200,000 for the papers.  Jeff figured it all out and warned Eels but it didn’t help the lawyer.  Stefanos killed Eels.  Jeff came along later and found the corpse.  Just to confuse everyone, and to let them all know he wasn’t going to be a patsy, Jeff stole the papers and hid Eels in a cupboard in the empty apartment next door.  After that there was panic.  Whit and Kathie packed and got ready to disappear.  But then Kathie as reliable as ever shot Whit this second time that I mentioned before.  She would have done the same to Jeff except he tipped the police and the two of them drove into a roadblock.  Jeff, Kathie and Whit all died that night.  Back in quiet Bridgeport, people talked and Ann walked into the waiting arms of the guy who used to clean her roller skates.  Marney heard all about Jeff and the murders which was when she became friendly.  Marney likes to talk and gossip although she has said more than once I have nice eyes.  Maybe I have.

Jeff said I had to stop a heart from breaking.   He didn’t mean Marney.  Some job I did.  Ann Miller is still out there on the lake.  But at least the two of us have a fine spot for remembering and more sunny days than they have in some places.  I have a garage that gives me a roof over my head and three meals a day.  Ann has clean roller skates.   And right now I have something pulling on my line.  This is the same rod that caught the coat of Joe Stefanos and dragged him all the way down into the river.  I wonder what happened to his gun.  There goes the rod again.  Come on, fish.  Come to the deaf and dumb kid.

In ‘Out Of The Past’ the part of Whit Sterling was played by Kirk Douglas.  He was thirty-one years old at the time.  He died nine days before the above was written.  Kirk Douglas had lived for 103 years.