The Christmas Eve it all happened I was a 42 year old low grade hack.  I wrote fodder to fill those middle of the newspaper pages that most readers never reached.  I was also going bald.  I had taken along a photographer to the police station but all we expected was a posed photo of a couple of grinning and worse for wear detectives.  Joe the photographer had the same zilch career prospects as me.  We were a pair of nobodies with families we were not feeding very well.  The big boys on the paper were at home with their loved ones.

We all know what happened.  Down in the cells there was this unholy scrap between the cops and these Mexican guys.  The cops were all liquored up, and I still have no idea how no one was killed.  All Joe the photographer could see was arms in the air and fists being thrown but, like a trooper, he held his camera high and snapped as often as he could.  People ask me how many photos Joe took amidst the chaos.  He took four which, considering he had to keep changing the light bulbs while being knocked side to side by crazy coppers, was no small achievement.  Joe had a black eye, and I had a couple of bruises.  God knows what the Mexicans looked like.  There were no papers the next day because it was Christmas.  I used the extra time to polish the story.  All the time I was typing, my wife Avril complained about me looking like a prize fighter.  Avril mellowed when she saw the story on the front page.  If it had not been for the scoop, my story and this one great picture from Joe, I would still be scraping a living. 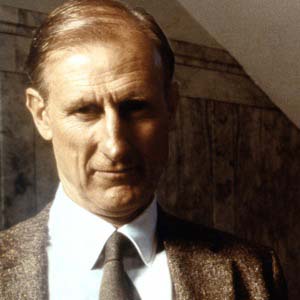 Captain Dudley Liam Smith was the reason I was at the police station that Christmas Eve.   He talked the same to everyone, like they were equals.  This included me, a reporter without prospects.   Dudley Smith liked looking after people or at least some people.  His men liked him and they were loyal.  People conceded Smith was slippery, but he only pushed around the guilty they said, and in a modern police force you had to break eggs.  The police were a line of defence, and to stand firm that line needed tall men with straight backs and wide shoulders. That was what they said about Captain Dudley Liam Smith but not after they heard he was responsible for the Nite Owl murders and shot Sergeant Jack Vincennes through the heart.  Back then and before all that everyone rated Captain Dudley Liam Smith.

People ask me how long it took for the LA press to realise they were being given a line about how Smith died a hero.  About fifteen seconds, I would say.  We were already wise to District Attorney Ellis Loew and the Police Chief and their lies.  The Press went along with it because we thought the last thing Los Angeles needed was the whole truth about an underpaid and unqualified police force.  And the Police Chief and DA made promises to our editors about rooting out corruption.

I was only in the police station that Christmas Eve because I had given Smith the benefit of the doubt at a crime scene months before.  A deaf and dumb guy had been shot in the shoulder.  He was sitting in an Oldsmobile and, unfortunately for him, there was $50,000 on the back seat.  The deaf and dumb guy was running hot money across the city for Mickey Cohen.  Captain Dudley Liam Smith compounded the money but let the guy go.  Smith said the money would go to a good cause and the poor deaf and dumb guy needed a break.  I looked the other way because there was no point in not.  After Dudley Smith was killed that night in the shootout at the Victory Motel everyone looked the other way.

Whether I was right or wrong that time I watched Captain Dudley Liam Smith drop $50,000 on the front seat of a police car it was my tight lips that got me into the police station that Christmas Eve in 1952.  I have had a comfortable and interesting life and for that I have to thank Dudley.  He always said the same to everyone, call me Dudley.  Being so tall, he could afford to be friendly.  Even when you called him Dudley you were paying respect.  You felt it in the tilt of your neck.  He had this soft Irish accent which meant you listened.  His parents were definitely Irish but whether Dudley ever visited the place I do not know and I never asked anyone.  Whatever you think or they say about him, Dudley was not small time.

Those days Mickey Cohen controlled LA and Mickey had powerful friends like Bugsy Siegel out in Vegas.  The cops wrapped Mickey up in a tax evasion charge and sent him to prison.  The witnesses may keep stumb in LA but the numbers cannot lie. Cohen had protection called Johnny Stompanato but Johnny was not much.  He took up with Lana Turner and liked to keep her within reach which was unfortunate for Lana because Johnny was handy with his fists.   Stompanato followed Turner to England where she was making a cheap movie with Sean Connery.  James Bond was in the future, and Lana had wrinkles and pounds that John Garfield never saw.   Because he thought Connery had ideas about Turner, Johnny took out a gun and waved it in the face of the future super-spy.  Connery knocked the gun to the floor and bent back the fingers of the right hand man of Mickey Cohen.  We said in the War that the Brits were crazy.  The point is Cohen was taking chances relying on Johnny Stompanato.

Pierce Moorhouse Pratchett owned a call girl service and invested money in schemes that were so high risk they were crooked.  Captain Dudley Liam Smith and Pierce Moorhouse Pratchett rated Stompanato about as highly as Sean Connery did but it still took guts for Dudley and Pratchett to muscle into the territory of Mickey Cohen and move smack around the city.  But they did.  All these years later I wonder what would have happened if Ed Exley had been posted anywhere but LA and away from our own particular breed of angels.  These days no one has a good word to say about Edmund Exley and even back then no one really liked him.  Exley married a Mexican girl called Inez Soto.  She had been raped and beaten by three black guys.  I see this hard case cop Bud White once a year when he leaves his home in Bisbee, Arizona and returns to LA to drink and remember.  Bud says Exley married Inez because he thought it would help his career.

There was much to admire about Ed Exley but he had his faults.  They were different to those of Dudley but both men had too much ambition.  Dudley wanted everything, money, a career, God knows what else, and on his good days he even enjoyed putting away the criminals.  Apart from him of course.  Whatever Captain Dudley Liam Smith saw he had to have, and, because he was a soft talking polite Irishman, no one saw him that way.   Edmund Exley just wanted to be the greatest policeman there had even been on the planet Earth.   We all knew why and maybe we should pity him.  Edmund had to be the equal of his father.  But no one can live up to the memory of a cop who was killed while protecting the best of the folk of LA.  Edmund needed to have rank and to be a hero.  Edmund Exley never cleaned up the LA cops like he said he would but no one else did either and Ed did have his heroic moments.  Edmund shot the three guys that raped the Mexican girl he later married, and Bud White, who could never hold his tongue after a few drinks, claimed that it was Ed Exley that killed Dudley Smith.  Shot him in the back, according to White, but no one, including Bud, ever criticised Ed Exley for that.

Not one bad word passed between Dudley and me but all that was before we heard about the Nite Owl murders.  Six people shot just to kill this cop called Stensland who with an ex-cop called Meeks had stolen a load of heroin from Dudley and Pierce Pratchett.   Smith was behind all of it.  Police corruption exists everywhere but what we had in the city of angels was special. 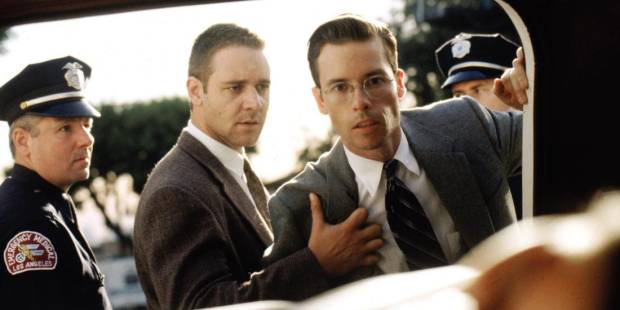 Bud White had another theory.  Exley only married poor Inez Soto because he never forgave himself for shooting those three black guys.  Exley was suckered into thinking they had committed the Nite Owl murders.  Later, Ed found out that corrupt cops on the orders of Dudley created the carnage in the Nite Owl, took the shotguns they had used in the restaurant and planted them in the car of one of the three black guys.  Ed Exley must have asked himself more than once whether he would have shot those guys if he had known that what they really did was rape and beat up a poor Mexican girl.  Maybe Bud White is right, and Ed Exley did need to live and suffer with Inez Soto.  That way he convinced himself he was justified in pulling the trigger and slaying those three guys even if he had been wrong about them.  The marriage between Inez and Edmund was not a happy one.  Inez wanted love, and Edmund Exley wanted a career.  Odd to think that the Nite Owl killings ruined his marriage and probably saved mine.

Bud White says that Ed Exley was the cop that Dudley rated above them all.  There were times when Dudley hated Ed for his straight necked ways but the Captain never underestimated Ed.  Dudley was always willing to praise Exley.   The nickname Shotgun Ed came from Dudley.  Another town and another Christmas Eve and it might have been different for Captain Dudley Liam Smith and Edmund Exley.  This is what I sometimes think when Avril smiles at me.