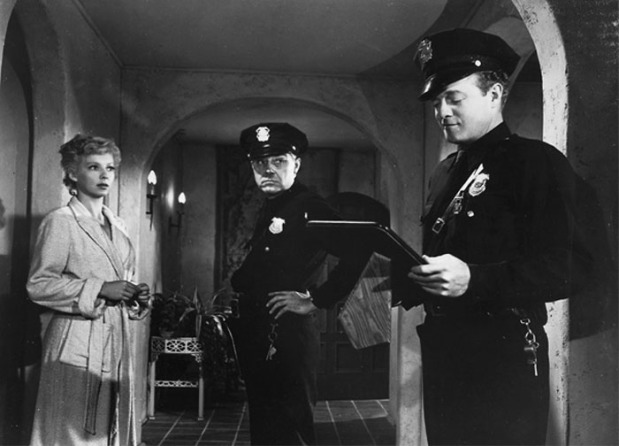 I don’t want to count the years Bud and me have been married.  There are a lot of them.  I can tell you, I don’t regret any.  Some of my friends have remarked about how Bud always introduces me as the war department.  That doesn’t bother me.  I’m well used to it, and I never did like the name Grace anyhow.  Bud Crocker is a good man and a fine policeman.   All those years doing that job and wandering across the streets of LA  he has never thrown a punch or shot at anyone.  He says that to me.  And I reckon he can count the number of times on one hand he has raised his voice to folks.

We have to remember.  Webb Garwood was a good policeman before it all went wrong, before he met lonely Susan Gilvray and saw her beautiful big house.  Sure, Webb hated the job and moaned about being nothing more than a dumb cop but he worked hard.  Bud said that Webb, having no family and everything, was always willing to do that little extra to make life easier for Bud.  Most nights Webb parked the cop car in the station so that Bud could come home early to me.  I liked Webb for that.

But I never no way took to Webb Garwood the man.  I disliked how Webb would pretend to listen when Bud was talking about his rock collection.  Okay, Bud can go on about what he’s picked up over the years but Webb could have said something once in a while.  Webb was happy enough to eat our food and drink Bud’s beer.  The truth is that Webb Garwood made me uneasy.  Talk to the man face to face and you thought he was talking to the best friend he ever had.  But watch Webb talk to someone else, as I did when Bud showed off his precious rocks, and you saw something cold.  Still, I can see how he charmed Susan Gilvray.   I have often imagined them talking face to face and Susan melting like a fool.  I met Susan a few times.  I went to the inquest after Webb shot her husband and I was a guest when Webb and Susan married.  She was a looker, and when Bud said she had some figure I knew it was best to keep quiet.   But I could tell right away.  Susan was a poor wounded creature and had been well before she met Webb Garwood.  I said the same to Bud but he scoffed.  All Bud saw was the killer eyes and the luscious figure.  Girls who look like that, don’t get pushed around, Bud said to me.  I told him that it’s the babes that get used by men more than the homely.  Bud went back to reading his paper. 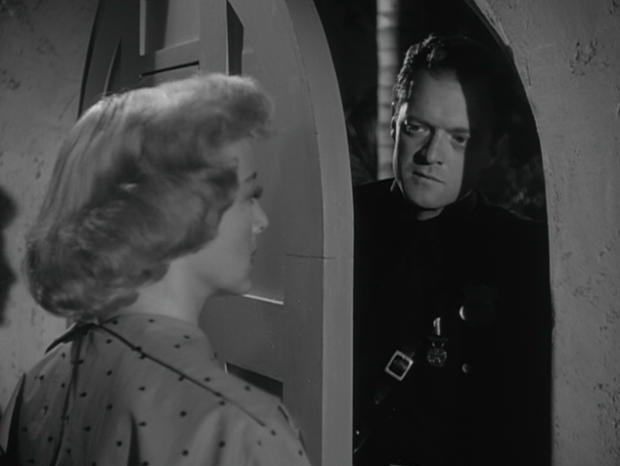 We both saw Webb get shot by the police out in Calico.  He struggled up this rocky slope but he was finished well before he got to the top of the hill and well before the bullets slapped into his back and killed him stone dead.  Sorry, I don’t mean to be graphic.  Something like that, though, stays with you.  Bud and me never did go back to Calico after that.  We were making a visit to surprise Webb and Susan.  Bud had told Webb about Calico when he was going on about his rocks, so Webb must have been listening after all.  Bud and me took Susan to the nearest hospital.  The cops led the way but everyone thought she’d be more relaxed with Bud and me.  Susan Gilvray never did return to LA.  We still get a Christmas card every year from Susan.  I send her one each year, too.  I always say the same thing.  Stay away from the men, honey, they are trouble.  Bud is fine but life is quiet and that takes two.  I can live with quiet, and Bud having no ambition was no concern to me.  Bud was security but there is a price to pay for everything.  In a marriage you have to recognise that it’s not just you paying the price.  Susan was not the kind of girl that could understand that.  If she had, she may have settled with her rich husband and not been tempted by Webb.

Men did bad things to Susan, I know that.  You may not remember but there was a big scandal in LA police a couple of years after the thing with Webb.  They closed down this call girl business, Fleur-de-Lis or something.  It was all over the papers and anyone who was a policeman had to help.  Bud was asked by the detectives to do a search of some big house that the girls all used but as well as that they went through the homes of the Hollywood customers.  Susan was no hooker but in more than one of these houses belonging to movie stars and film producers Bud found various sex photos.  Susan was in there.  She wasn’t just naked.  Bud said what he saw Susan doing was degrading.  You can imagine, and I don’t want to talk about it, a beautiful girl like that.  Bud brought the photographs of Susan home and set fire to them.  I worried about his job and what might happen if someone found out but Bud said there was enough filth to keep the LA police department busy for a year and that nothing ever happened to the Hollywood big shots anyway.  Bud hasn’t taken me to a cinema to watch a movie since then.  Still, we get around the country looking for rocks.  These days Bud is less interested in rocks than the mountains.  We’ve found a lovely spot near this small town, Bridgeport, mountains and a beautiful lake.  Nothing much happens in Bridgeport which is a fine place although they did a few years back have some big story about this private eye that went around killing people. 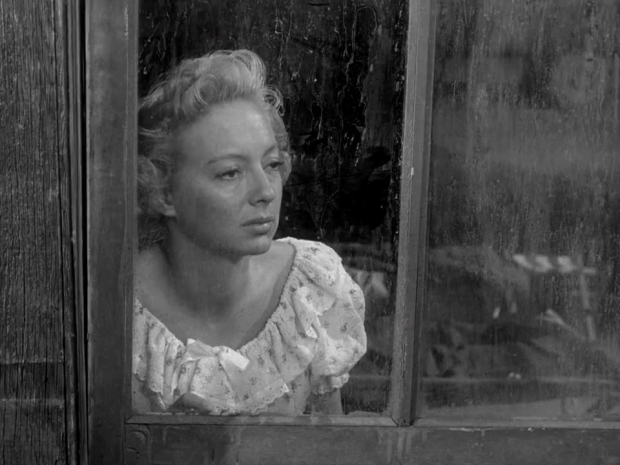 I asked Susan just what it was that she saw in Webb Garwood.  I loved him so much I was afraid of him, she said.   I suppose Susan realised she wanted the excitement but there was always a cost.  I’m not excusing men, and neither does my husband Bud Crocker, especially after that big Fleur-de Lis case.  But, as soon as I saw Susan, I knew there was something wrong and it wasn’t just damage.  You could see it in her eyes.   There was a tiredness, a weariness there, a big loneliness in the middle of her heart.  The poor kid hoped that men would be the answer.  But, instead of falling for those promises, what Susan should have done was take that cold brick in her heart and kept it solid, polished it like a diamond.  That way she could have survived and avoided Webb Garwood.  Bud can polish a rock so it looks like a diamond.

Bud says that Webb was no natural killer.  Bud just thinks that Webb and Susan weren’t right for one another.  Yet they had something in common.  They were two people who both thought they were no good.  The difference was Susan hated herself but Webb thought everyone was like him and hated the world although no one guessed he was like that until the news came out.  I suppose you have to hate the world a little if you’re going to pull the trigger on a man who has done you no harm.  But, as I said, face to face Webb Garwood was charming.  The man had dangerous dreams, and the husband of Susan was in the way.  What surprised me most was Webb shooting himself in the arm to make it look like an accident.  Webb was smart and not lazy.

Bud used to say to him.  ‘I get it, Webb, you have ambition but there are places in the force for folks that want careers.’  Most cops who want the extra dollars would have settled for becoming a detective.  I know Webb got a place in college but he fell out with the basketball coach.  So Webb could have had a real career in the police.  That Captain who was killed and all the papers said died a hero wanted Webb as a detective.  Captain Dudley Smith saw something in Webb Garwood that he thought could be used.  Like Susan, I suppose, Dudley Smith fell for the promises of Webb except Webb never did become a detective. 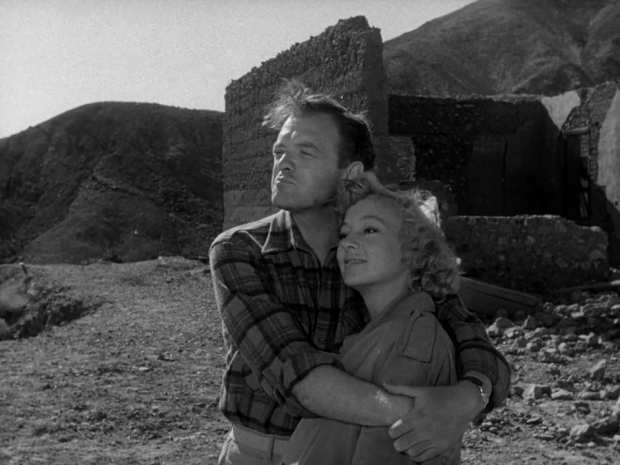 The big question is did Webb Garwood love Susan Gilvray.  They came from the same small town, and, as I said, that was not all they had in common.  They looked happy enough when I saw them together.   I really do believe they felt desire for each other.  Something happened to them when they were in each other’s arms.   Webb and Susan also wanted what went with each other.  Susan had the money Webb needed for the motel that he had always wanted to buy, and Webb was young and exciting and scared Susan a little.  Some women need to be scared.  I said that to Bud when he was shaking his head about the photographs he’d seen of Susan, the poor kid.  Bud and me saw the motel that Webb bought with Susan’s money.  Webb took Susan out to Calico so that Susan would have their baby in secret.  We worked out were they’d be after we called unannounced at their fancy motel.  Webb was frightened the police would nail him as the suspect for the murder of her husband.  Susan was already four months pregnant when they went to the hideaway in Calico that Bud had mentioned.  If Susan had got pregnant four months later, would Susan and Webb have settled down to a happy married life?  They looked as if they were in love when they went off after their marriage.   They could have been happy together.  Of course, Susan wouldn’t have known that she was living with a murderer.  Webb liked money, though, and I reckon he would have always wanted more.  But I am not called the war department by Bud for nothing.    I can think the worst of people.  Maybe that is why I picked a man who was more interested in collecting rocks than banknotes. 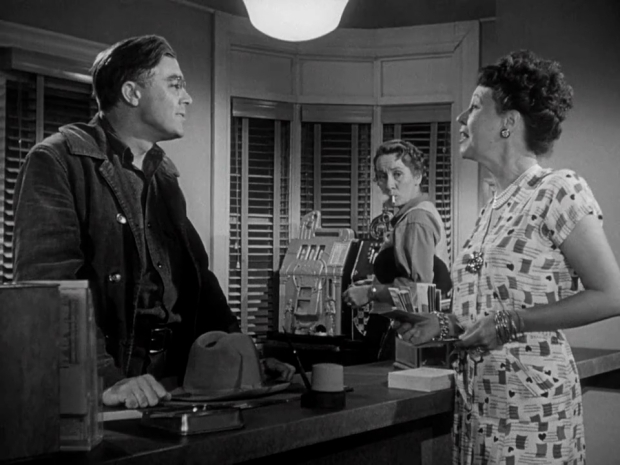